Reflections on Between the Times: the Orthodox Presbyterian Church in Transition, 1945-1990 (Willow Grove: OPC)

This year marks the seventy-fifth anniversary of the founding of the Orthodox Presbyterian Church.  To mark the occasion, well-known scholarly historian, Reformed pundit and OPC elder, D G Hart, has written a history of the years 1945 to 1990.  Love him or hate him, everything Hart publishes is always provocative and well-written.  The book is worth reading both for insights into the specific history of the OPC and for the lens it provides for seeing wider developments in conservative American Protestantism from the perspective of confessional Presbyterianism.

A couple of preliminary remarks are in order.  First, it may seem flippant to note this but the book is attractively produced, marking a definite improvement on the usually dull and occasionally scary aesthetics of earlier OPC publications which appear to have been designed as a direct means of proving that people do not buy books because of their covers.

Second, the book is not a straightforward narrative history.  Rather, Hart takes a series of themes and traces each one separately throughout the specified period.  Thus, we learn about the rationale surrounding the production of a hymn book, struggles for identity within the broader conservative Presbyterian context, ecumenical relations, debates over social engagement, and relations with Westminster Theological Seminary.  Hart has done a remarkable amount of meticulous research but the book is not only detailed: it is also full of provocative analysis.

For those familiar with Hart's other work, some standard themes emerge: the careful distinction between confessional Presbyterianism and liberalism on the one side, evangelicalism on the other; the emphasis on ecclesiology as a crucial factor in the career of J. Gresham Machen; and a suspicion of anything which might smack of revivalism or, to use the old fashioned word, `enthusiasm.'  Those who know where Hart is coming from can spot the points at which he strains to be dispassionate but on the whole he manages not to allow his personal commitments in these areas greatly to distort his narrative.

Key to the OPC is J. Gresham Machen.  Now appropriated by broader evangelicalism as a champion of orthodoxy, Hart shows how Machen in his own day was first and foremost a churchman.  Within the OPC, according to Hart, this notion - that churchmanship is the primary locus of Christian identity -- has been subject to challenge throughout its history.  Indeed, one of the ironies of Hart's narrative is the fact that the OPC, as a small church born out of conflict and countless stories of personal sacrifice, was from the start a church with several strong identities; much of her subsequent history can thus be seen as involving struggles over precisely which would triumph.  Hart also points out that the OPC, despite her reputation for exclusivity, has twice voted to put herself out of existence.  The first time, in 1981, she voted to join the PCA who then rejected her approach.  This was on the grounds that the PCA was worried that the OPC might be deviant on justification thanks to the influence of controversial Westminster professor, Norman Shepherd.  The second time, in 1986, the majority was again for union but failed to achieve the necessary two-thirds vote.   Anyone who thinks the OPC is not ecumenically minded might want to reflect on how often their own denomination has voted to disband.

Throughout the book there are fascinating vignettes of influential OPC figures, from Machen himself, to the early Westminster faculty, to later figures such as Harvie Conn and Richard Gaffin.   Westminster Theological Seminary is a constant theme but Hart also devotes a whole chapter to her.   His narrative is his familiar one of the broadening of Westminster to accommodate less generically high Presbyterian constituencies.  One or two Westminster friends have told me they thought him a little unfair here; as an outsider to the culture of Westminster, I was not offended by anything he said in this context.  The chapters on Christian education and the production of the Trinity hymnal were admittedly not the ones I thought would be most inspiring - and they did not disappoint on that score - but they do serve to show the care and thought that must be used in such contexts.

The book is timely in one more way.  It will help those who are committed to seeing the future of the church in terms of parachurch, big tent evangelical organizations to understand why some of us are less than enamoured of such ambitions.   Much of Hart's narrative highlights the dialectical tension within the OPC between those who wished to maintain a high Presbyterianism and those who saw connection with the broader evangelical movement as the key to the future.   This is particularly clear in the reported epistolary exchange between Richard Gaffin and John Frame in the denomination's magazine, New Horizons in 1989.  Frame was pushing for a more generic evangelical identity, Gaffin wanted to stress the distinctive ecclesial particularity of normative Biblical Christian life.  Hart is worth quoting at this point:

The characteristic of Orthodox Presbyterianism was the Reformed doctrine of the church in which membership in a particular communion was not a supplement to Christian identity but its embodiment.  As Gaffin explained in his exchange, the OPC was not merely a denomination; "it is a church, a church that exists by divine warrant."  As such, he added, "Biblical Presbyterianism has no place for loyalties torn between the denomination and the local congregation, or for greater loyalty to either one." (p. 317)

In today's US conservative evangelical world, this is a stunning statement and repays careful reflection.  The numbers of leading men who are involved in church-like parachurch organizations are significant; the organizations themselves are often impressive; and they arguably do much good when they are kept firmly in their place as hobbies and not primary contexts for Christian identity or action.  But if and when church identity is supplanted by parachurch identity, all manner of problems ensue.  Theology becomes truncated and, ultimately therefore, the gospel becomes vague.  Accountability structures are nebulous and tend to come down to behind-closed-doors discussions among elite self-selected councils, many of which have high proportions of the same people serving on them.  Divided loyalties facilitate silence on key issues and the emasculation of truly prophetic voices.  The theological trend in such groups seems ever downward even as the amount of practical power and influence wielded by the functionally unaccountable seems always to be growing as they master the new media, plant churches by Skype and promote their causes with ruthless aplomb.   And the silence about the grim effects of this is too often deafening as the co-opted find that too many of their own vested interests collide with the need for plain speaking.  Hart's story shows that the OPC may have sacrificed a place at the beer tables and the winebars where the Beautiful Young Things gather, but the result has been gain rather than loss in those areas which really matter.

I am not one of those who are uncritical of Darryl Hart; indeed, within the OPC herself, our shared denomination, I would probably not be counted as an ally of his causes. Yet I am deeply grateful for this book, not only for its clarity and the insights it has given me into my own chosen spiritual home but also for the way it brings into sharp relief much of the sub-par phenomena out there which claim the titles of Reformed and confessional.  The OPC is small, cranky and has her many faults; and, honestly, I for one would not be anywhere else at this juncture in American conservative Protestant history. 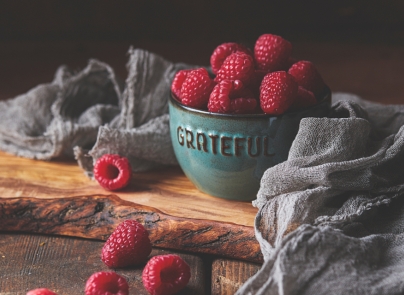 Blogging Through the Golden Book: Using the Present Life