Doctrinal Latitude and the PCA

Recently, a pastor in the PCA and member of the National Partnership (you can read about the NP HERE and HERE) wrote an article praising the denomination for the “latitude” it affords its ministers and members in interpreting and applying its doctrinal standards. But what exactly is confessional/doctrinal “latitude”?  Whatever else you may say about the Westminster Confession of Faith and its catechisms, latitude is not the first word that comes to mind.

Incidentally, the author of the article repeats the slanderous charge first made by another PCA pastor that overtures 23 and 37 were passed at last year’s General Assembly by “stacking” the court. Now, if you understand PCA polity, then you know that “stacking” GA is not actually possible. Each church is allowed to send elders to GA as voting commissioners. That means every man casting votes at GA is there legitimately. The charge of court “stacking” is false, and moreover betrays a disdain for Ruling Elders particularly. All this from a man who regularly bemoans the lack of “charity” among conservatives in the PCA, regularly warning us about our “tone.” But I digress.

Many of us were raised in broad evangelicalism. We left that for what we thought was an intentionally confessional denomination. We love confessionalism because it both guards our fidelity to Scripture and offers a firm foundation for unity. By definition, confessions of faith such as the WCF deliberately narrow latitude. They do not expand it. If you are looking for a lot of latitude doctrinally, a Reformed Presbyterian denomination might not be the best place to look.

I am not advocating a thoughtless sort of lockstep conformity. For instance, I do not expect the gathered worship of PCA churches to be identical to one another. I do not expect every pastor to dress the same way or reach the same conclusions concerning the age of the earth. But neither do I believe that “latitude” ought to be the controlling hermeneutic in understanding and applying our doctrinal standards.

When I took sacred vows to become a Teaching Elder in the PCA, it was a moment of fear and trembling. I vowed before God and my brothers that I did indeed receive the Westminster Standards as a faithful summary of the Scripture’s doctrine. I promised that day that I believed and would teach in conformity to those Standards. I solemnly affirmed that, should my doctrine change, I would alert my brothers in the presbytery. It never occurred to me that those vows would allow me to interpret our Standards in ways which actually undermine them.

Given the things that the latitudinarians in the PCA continue to fight for, it appears that latitude includes making a place for Federal Vision theology—a theology that rips the foundation out from under Sola Fide. How can this be? Because of the desire for latitude, I suppose. “Latitude for thee, means latitude for me,” after all.

Of course, since 2018 we have found that latitude in the PCA includes gay Christianity. Many of us recall how the overwhelming approval of Overtures 23 and 37 at GA 2021 was dismissed bitterly by Greg Johnson as a symptom of “southern pietistic moralism.” As many of you already know, the overtures, while gaining the approval of most of our presbyteries, failed to gain the necessary 2/3 support required to amend the Book of Church Order. So, as things stand now, the PCA is a gay Christianity affirming denomination.

Our latitudinarians have made clear their belief that the PCA must allow the ordination to sacred office of men who identify themselves by unnatural sexual desires. Every dead and dying denomination began their path to fully affirming homosexuality at this very point. Will we be so arrogant as to think the project to embrace gay Christianity will end up differently for the PCA?

The price of such latitude in the PCA will be high; higher than we can afford. A simple scan of the history of denominations in the U.S. tells the tale. It is a tragic story of denominations once committed to sound doctrine and a biblically defined mission which, because of increasing latitude, found themselves on the garbage heap of apostasy. This does not happen overnight; it happens day-by-day, over a period of years, one compromise at a time. It happens as those entrusted to be the chief teachers and stewards of the church’s doctrinal treasure embrace, for instance, Side-B homosexuality, all the while saying, “Peace, peace.”

Of course, that was in the late 1960’s and early 70’s. I dare say the PCA’s founders never anticipated that their beloved new denomination would make a place at the table for errant theologies like Federal Vision and gay Christianity. I am quite sure that the founders of the PCA would recoil in horror if they had seen what the future held for the PCA. For example, what would they think of a brand of latitudinarianism that allows one of our churches to host on its property plays celebrating transgenderism and, in the example of the photos below, a self-described “queer artist” promoting his appearance in that venue (The Chapel) with various homo-erotic images. 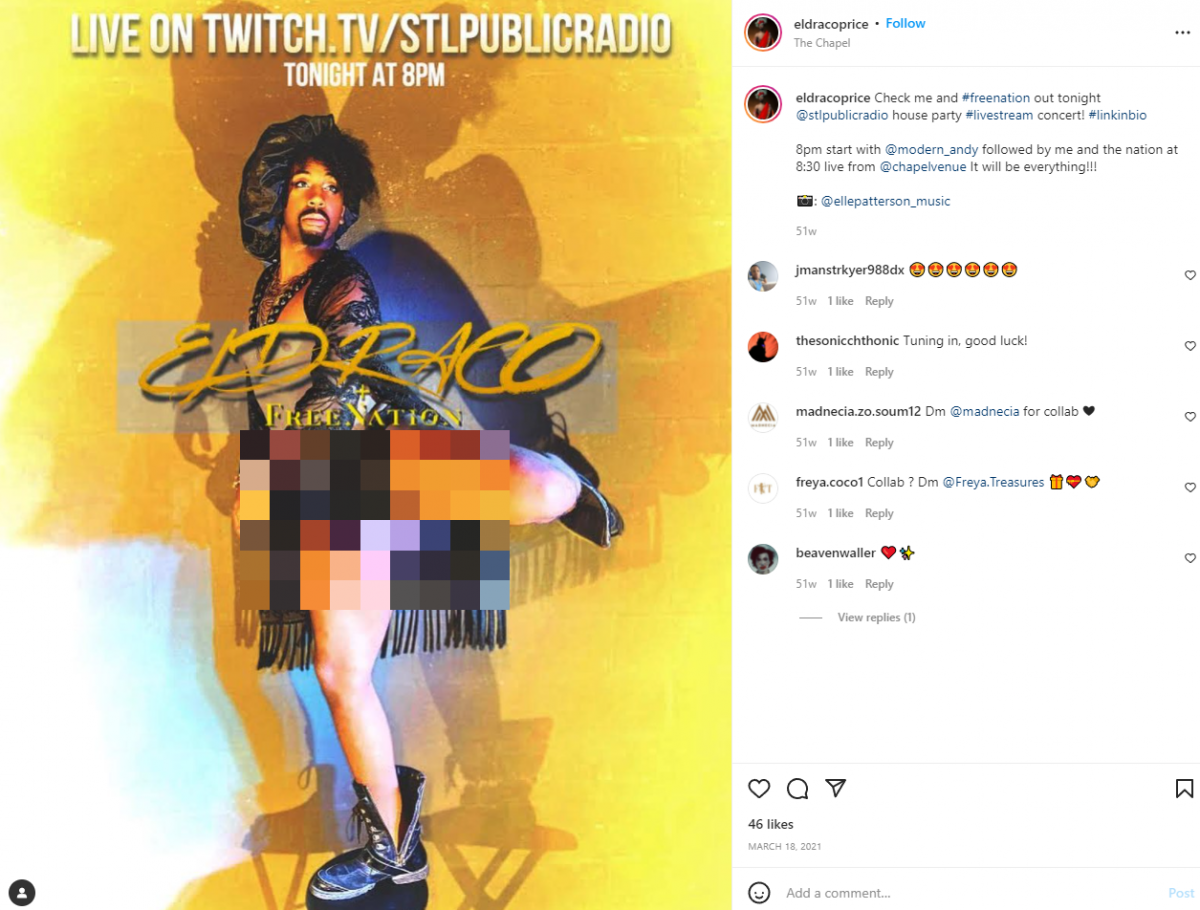 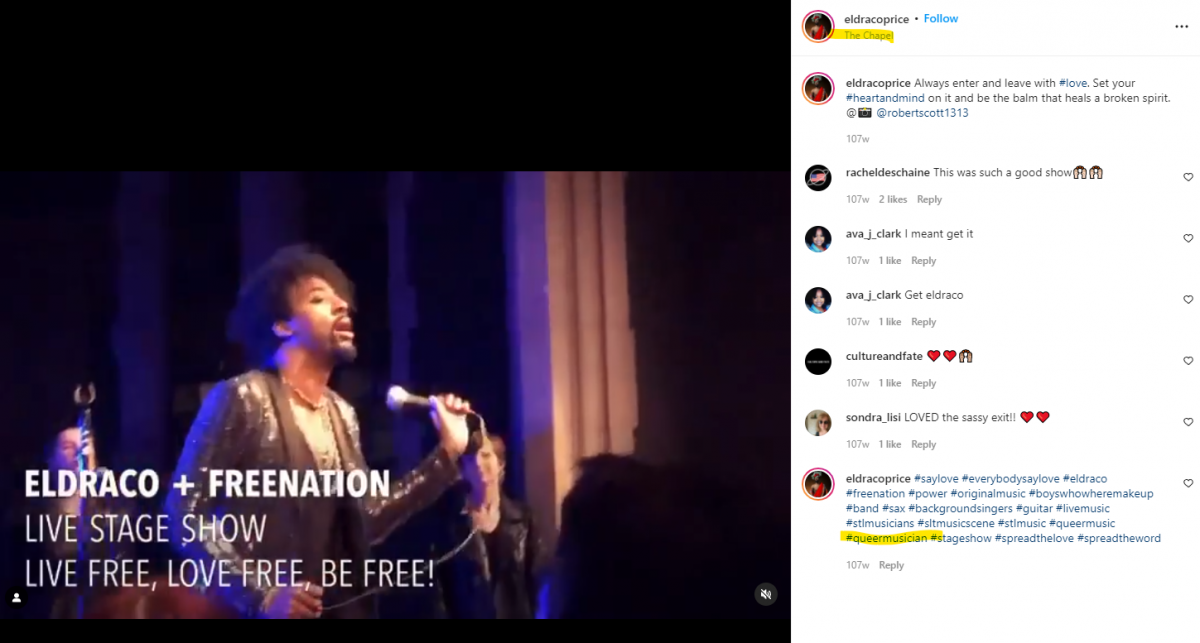 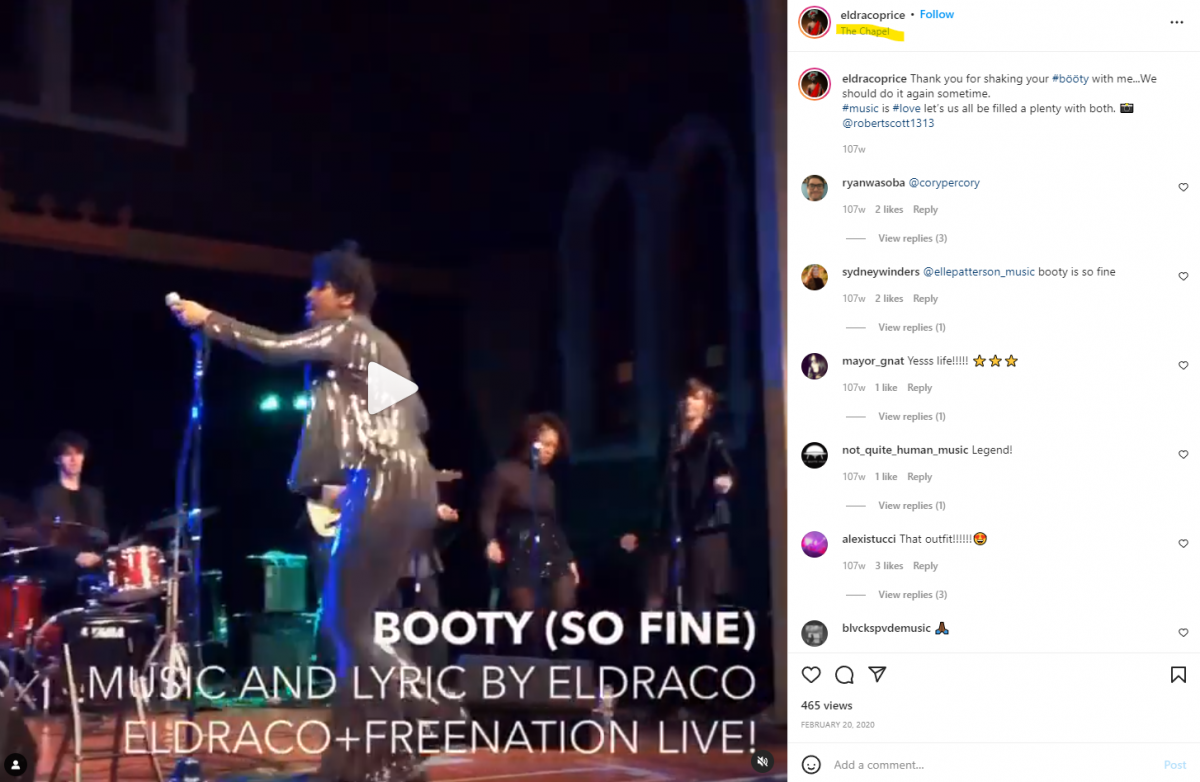 I dare say that the PCA’s founders—along with the vast majority of the present laity—would be scandalized to know that every effort to discipline those who have brought upon us such abominations have been successfully warded off in the name of latitude.

Friends, I state this with all sobriety: If the PCA cannot or will not rid itself of gay Christianity, Side-B homosexuality, Revoice, or whatever else you want to call it—we will find ourselves on the boneyard of formerly faithful churches. Such will be the price of this brand of latitude.