Martin Downes
October 27, 2010
The old hymn "The Church's one foundation is Jesus Christ her Lord," in describing the ongoing struggles of the Church militant, contains the poignant line "by schisms rent asunder/by heresies distressed." Is that how you feel about heresies?
Heresies are regarded by some as bold statements made by original and innovative thinkers, radicals who are not afraid to challenge the status quo. They are also regarded as intellectual aberrations, well meant attempts at expressing the inexpressible but ultimately misguided. Neither of these options approaches Paul's sober words about false doctrines in 1 Timothy 4. It will be helpful to look at what he says under three short headings.
1. Their origin
They are the teachings of deceitful spirits and demons (4:1). The Holy Spirit has spoken about their coming and influence. Far from being benign attempts at theological exploration they are in fact malevolent attacks upon the truth of God. Nor are we dealing here with minor errors, but errors of sufficient proportion to have led to a departure from "the faith" (4:1). Behind the human preachers and practitioners of these ideas are evil spirits. It is not too much to say that most Christians today will encounter evil spirits in a form where they are least likely to recognise them. If we take heed to Paul's words we will be far less likely to find these different doctrines to be plausible, attractive options that are worth a hearing.
2. Their transmission
These teachings are not transmitted by means of eery unearthly voices but by the routine practices of pulpit ministry, small group studies, and seminars conducted by people who look and sound just like anyone else. In typical fashion Paul focusses on the deleterious effects of their teaching on their own behavior. These people are insincere and liars, and their consciences are seared (4:2). As G. K. Chesterton once said "heresy always affects morality if it is heretical enough." In their behavior one can see the reversal of the principle laid out in 1 Timothy 1:5.
3. Their refutation
Zealous Christians will always be susceptible to forms of error that come wrapped up in the trimmings of super-spirituality. These heretics were forbidding marriage and promoting abstinence from certain kinds of foods. Paul's response is to meet error head on at the point of attack to reaffirm truths established in Genesis, just as he had done early in the letter (2:12-14). Even though some errors would require sophisticated analyses and rebuttals her at least the rejoinder can be found by consulting page one of the Bible.
It is worth reflecting on the fact that many of the battles fought over the eternal deity and real and sinless humanity of Christ were not merely battles about the true identity of the Son of God. They were at the same time conflicts about the doctrine of creation, of God's relationship to material things, and about the goodness of what God had made.
Share on Facebook Tweet Widget 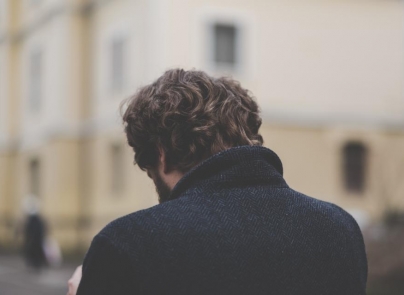 Charles Haddon Spurgeon and His Struggle with Depression