Burk Parsons
September 3, 2010
1 Corinthians 8:5-6 "For although there may be so-called gods in heaven or on earth--as indeed there are many "gods" and many "lords"--yet for us there is one God, the Father, from whom are all things and for whom we exist, and one Lord, Jesus Christ, through whom are all things and through whom we exist.
During the second half of the twentieth century, post-Christian societies throughout the world began to shout the mantra "unity is god!" In attempting to liberate themselves from the truths upon which they were established, they bound themselves to a creed that requires perfect compliance to achieve their desired triumph. Consequently, it has become necessary for every post-Christian society to promulgate its cause in accordance with this one code: "In unity we trust, in tolerance we flourish, and in pluralism we are free. Unity is god, and there is no god but unity." It is the destiny of human societies to self-destruct, and it is the manner of fallen men to make the inevitability of self-destruction seem worthwhile.
The perfect society, however, is truly united. It is established by truth. Truth, however, neither establishes itself nor validates itself. Rather, it is established only by one whose word is truth, and it is validated by one whose word demands truth. Truth is established by the author and fountain of truth.
As Christians, we know the truth, have been set free by the truth, and abide in him who is truth. We understand that truth cannot be compromised for the sake of unity or for the sake of any temporal cause, however righteous it might be. Though the compromise of truth may seem to cultivate unity, such unity is imaginary and brings about even greater division in the end.
Throughout history, the church visible has experienced periods of greater and lesser unity and periods of greater and lesser division. The one, true church of Christ, however, has never been divided. The unity of the Church invisible has not come as a result of compromise, but just the opposite. Our unity has been established by truth itself--truth that is unable to be compromised, because Christ himself cannot be compromised.
In the prologue to the gospel according to John, it is written: "And the Word became flesh and dwelt among us, and we have seen his glory, glory as of the only Son from the Father, full of grace and truth" (John 1:14). Moreover, in responding to His doubting disciple Thomas, Jesus declared, "I am the way, the truth, and the life. No one comes to the Father except through me" (John 14:6).
God has manifested his truth in himself--in Jesus Christ. On account of Christ, we know the truth and are thus set free by the truth (John 8:32). We do not have to attempt to liberate ourselves by establishing our own standards of truth. Rather, we are established by Christ himself, for he himself is the truth.
We, the people of God, exist as the perfect society of God because we are united in God. We are His people and he is our God; we are united in him because of his truth--because of Christ (John 17:23).
In Christ, we, the people of God, have been redeemed (Titus 2:14). As our High Priest (Heb. 8:1), Christ lives to make intercession for us (Heb. 7:25), and as our source of eternal salvation he has offered himself as the once-for-all sacrifice for those who trust him (Heb. 5:9). "Therefore," Hebrews says, "he is the mediator of a new covenant, so that those who are called may receive the promised eternal inheritance" (9:15).
Consequently, we do not shout the humanistic mantra: "Unity is god!" Rather, we proclaim the truth of God in Christ: "In God we trust, in truth we flourish, and in Christ we are free. Christ is truth, and in Christ we are one." Although it is the destiny of human societies to self-destruct, it is our destiny to reign forever as one in Christ.
Paul wrote to the Corinthians in the midst of their divisions to remind them that we have one God and one Christ through whom we exist as one body: "there is one God, the Father, from whom are all things and for whom we exist, and one Lord, Jesus Christ, through whom are all things and through whom we exist." Earlier in his same letter he asked these hard-hitting questions: "What I mean is that each one of you says, 'I follow Paul,' or 'I follow Apollos,' or 'I follow Cephas,' or 'I follow Christ.' Is Christ divided? Was Paul crucified for you? Or were you baptized in the name of Paul?" (1 Cor. 1:12-13). The Corinthians' union, as is ours, is found in Christ, who cannot be divided.
R.C. Sproul writes, "The union of believers is grounded in the mystical union of Christ and his Church. The Bible speaks of a two-way transaction that occurs when a person is regenerated. Every converted person becomes 'in Christ' at the same time Christ enters the believer. If I am in Christ and you are in Christ, and if he is in us, then we experience a profound unity in Christ."
And if we are one in Christ, let us strive to abide united in peace with others, as much as it depends on us, that Christ's name not be profaned and that we might not make it unnecessarily difficult for unbelievers to behold the one, true, united body of Christ, as Thomas Manton reminds us: "Divisions in the church always breed atheism in the world."
Share on Facebook Tweet Widget 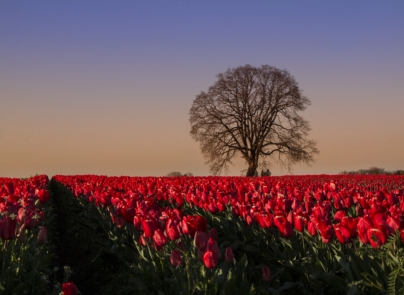