Todd’s inaugural post as the new editor of this blog (all complaints to Pruitt from now on, please) makes a very good point and also highlights Fred Sanders’s fine review of Richard Rohr’s book on the Trinity.  Sanders is witty and sharp as always – and rightly so, for the stakes on the Trinity issue are high, as they are on any matter pertaining to the essence of the faith.

Todd's post, Fred's review, and some of the reactions to it raise the question of how the issue of tone played out historically and theologically in the Reformation.   It looks to be another area, in addition to that 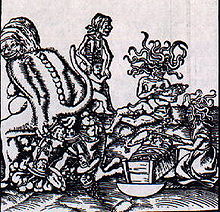 of major doctrine, where modern conservative evangelicalism has a rather vexed relationship with Luther and company.  If you are looking for politeness in the Reformers, then you are going to have to buy a microscope.  Courtesy in polemic was a rare commodity, as even the woodcuts frequently demonstrate.  True, there is some evidence that the French editions of Calvin’s Institutes were a little more polite than the Latin but that was less to do with Calvin having second thoughts about his style of attack and more to do with his elitism.  After all, we would not want the Great Unwashed thinking that they can talk about our educated opponents in quite the ways we do….  The Reformation was remarkable for two things in this connection: It engaged in powerfully worded polemic; And it generally played that polemic out in public, eschewing elitism, as Luther did in 1525 when he rudely rebutted Erasmus’s view that the bondage of the will was too tricky and confusing a doctrine to preach from the pulpit.

Those of us who claim to be heirs of the Reformation should take heed.  Style and substance are not so easily separated as we might like to think.  And the people in the pew have the right -- and the need -- to hear about the whole counsel of God, from his being in eternity to the consummation of all things at the end of time.  For the Reformers, nothing in God's Word was to be the monopoly of a priesthood or a scholarly guild.

We live in an effetely aesthetic age, where taste consistently trumps truth.  In the world of secular politics, concern over tone is often a means by which the elites outlaw their opponents while yet retaining their own right to speak as unpleasantly as they wish about those they despise.  For example, Clinton’s decrying of the aggressive tone of Trump rallies while feeling free to avail herself of terms such as ‘basket of deplorables’ to refer to nearly half of the US population.  It is thus simply a way of polemic by less honest means.  And lower down the food-chain where most of us exist, concern over tone is often nothing more than unthinking capitulation to the tastes of the present day and/or a lazy move which allows us to render perfectly good arguments illegitimate and unworthy of response.  Sharpness of tone is always so much more obvious and unacceptable in those with whom we happen to disagree. 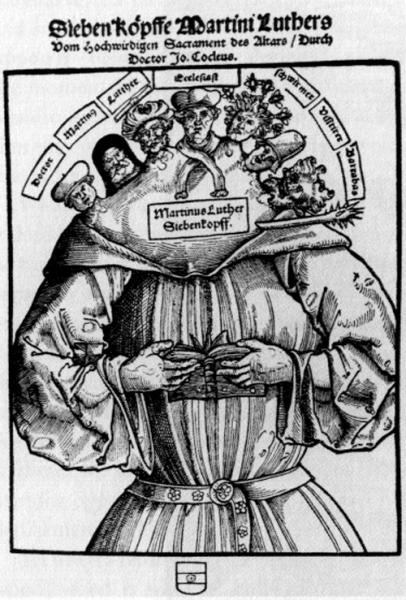 Had Luther and company conformed to the criteria of politeness which some blog commenters seem to require today, the Reformation would never have happened.   When the faith is on the line, the tone is necessarily strong.  That is biblical.  If you have not gone so far as to call on someone to castrate themselves, you have not crossed any boundary of taste set by the Apostle Paul, Gal. 5:12.  And if you think anger or sarcasm in theological argument are necessarily sinful, you will end up with Christological problems, for Christ exhibited the former and deployed the latter.   No doubt such calls for kindness are well-intentioned, but a sharp, cutting tone is generally necessary when the faith is on the line.  The natural human tendency is towards blurring important distinctions, watering down the faith, and accommodating to the criteria of the world.  Therefore, argument in itself is not enough to communicate the importance of what is being discussed.  Style of argument is important too.  From Athanasius’s talk of ‘Ariomaniacs’ to Zwingli’s salvoes against Anabaptist fanatics, the rhetoric was always as high as the stakes involved, and rightly so.   Indeed, I can think of no cardinal doctrine of the faith which was established through expressions of politeness towards error.  Yes, we must avoid slander and unnecessary meanness.  But we must also make sure that our style and tone reflect the urgency of any given situation.  Fred is quite right to have written as he did.

Nice guys not only finish last.  They also tend to end up heterodox or even worse.

Thank you for your partnership!