Last week’s Malarkey business was sad.  Though the lad involved clearly did wrong, it did not seem to me that he had been motivated by greed, simply by a desire for attention.  That does not sanctify the sin but it certainly puts it in perspective relative to other, more high-profile cases of dishonest marketing, such as plagiarism and the use of ghost writers.

The sin of the publishers seems much worse than that of the boy: publishing obvious tosh in the first place, and then compounding such cynicism by refusing to remove the book once they knew it to be a fraud.  Yet, as Aimee Byrd commented to the Spin team, this kind of corruption is not even surprising any more.  It is emblematic of an evangelical movement where ‘telling people about Jesus’ is sufficient a reason to justify almost anything.  Indeed, it is strange to live at a time when such a phrase is now more likely to make me check my jacket to make sure that my wallet has not just been stolen rather than to open it to make a donation for missions.

But the publishers' crime is only part of the story.  Markets involve supply and demand, and the relationship between the two is complicated.   Supply can indeed create demand but demand can also motivate supply.   The publishers did not create the evangelical appetite for comforting folk tales, even if they have helped to shape and sharpen it.   Human beings want to read reassuring rubbish, and Christians are no exception.  When that rubbish makes death just one more sentimental event on life’s journey, you can be sure it will be a hit, possibly even without the usual gospel-centered gerrymandering of the New York Times’ Bestseller List.  The success of Malarkey indicts everyone who liked the book.

Roger Scruton comments that death is what separates human beings from all other animals.  Yes, all creatures die, but only human beings are able to contemplate their own death and thus have any real understanding of their contingency and their finitude.   When one looks at how the Bible treats death -- as the final enemy, as that which provokes Christ himself to tears, as that whose approach for one terrible moment imposes such isolation on Christ that he cries out in dereliction to his Father -- we too can see the truth of Scruton’s point, only intensified in a way which transcends categories of self-awareness and contingency to point towards the moral tragedy of our fallenness.

I have remarked in the past that too often Christians celebrate the resurrection of Christ from the grave without really acknowledging why he was in the grave in the first place.  We jump from Good Friday to Easter Sunday without lingering outside the tomb.  That explains not simply the Malarkey incident but also much of premature triumphalism of evangelical aesthetics, from worship songs to stadium performances which mimic the power plays of the world around us.   The denial of death, or at least of the necessary horror at death, has come to infect our world.

I have not read the Malarkey book, nor the other equivalents out there. If life is too short to drink Zinfndel, it is certainly too short to read junk.   But I regularly read another writer, Blaise Pascal, who gives a far more accurate account of death in a mere handful of words than that supplied by any amount of verbiage from the ‘I ran towards the white light’ brigade.  While believing in the resurrection, he still gave death its due:

“The last act is bloody, however fine the rest of the play.  They throw earth over your head and it is finished forever.” 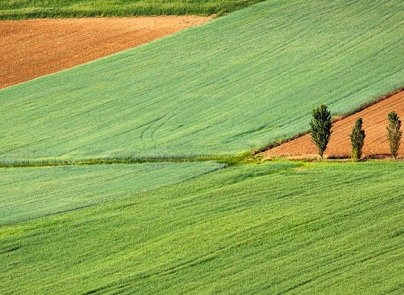