It was some six years ago that I accepted the call to become Pastor of Cornerstone Presbyterian Church (OPC) in Ambler, Pa., as a bi-vocational appointment.  I had been on the session there for two years as Teacher and took the call because it was clear that finances meant a full-time pastor was not then an option.  At the time, I speculated on Reformation21 that bi-vocational pastoring might be the wave of the future.

Six years on, I am not so sanguine.  A few months into my pastorate, an academic friend who had done the same thing for nine years wrote me a letter and urged me to be careful – as soon as I ceased to enjoy the hobbies and casual pleasures of life, he warned, I would be close to burn-out and would need to step down.   I was glad of the warning – every minister I have ever know who has burned out has told me that there was no obvious warning: one day everything seemed fine, the next they were barely able to get out of bed.

Thankfully, I never reached the crisis point, but in retrospect I see that I came close.   And that is why I have stepped aside and why I think bi-vocational ministry, if it is the wave of the future, is more complicated as a concept than I envisaged all those years ago.

When I took the call in 2012, I told the congregation that I would commit to five years in order to make the church beyond the immediate financial and numerical challenges she faced.  Thus, five years later, at the annual session strategy meeting in the spring of 2017 I indicated that I would be stepping down from the pastorate by June 2019 at the latest.  I then informed the congregation at the annual meeting in June of last year that I had become convinced the church needed to move towards a full-time pastor and that I was not that person. I am an academic who happens to pastor, rather than a pastor who happens to be an academic, I wanted to go back to the classroom and my writing.    The call from Grove City College merely brought the decision forward by twelve months.

As I look back on the last six years, I am struck at how tiring it became.  Three brutal discipline cases took hundreds of hours and a huge toll on energy levels.  Few if any Saturdays – or any other day – off was hard on my wife.  And even with an excellent part-time co-pastor, a stellar session, and a conscientious diaconate, and a largely supportive, low-maintenance congregation, it was hard to do everything that needed to be done.  And, as usual, it was the miscreants whom we had to discipline who devoured the little spare time that there was, not the people who actually worked hard as volunteers week-by-week to make sure the congregation kept going.  The decent people had to settle for whatever time was left over after all the necessary unpleasantness.  And slowly but surely I ceased to enjoy those hobbies and casual pleasures of life which used to mean so much.  Even writing – a matter which has typically been a weird and pleasurable psychological compulsion for me – became something of a chore.  Time was up. 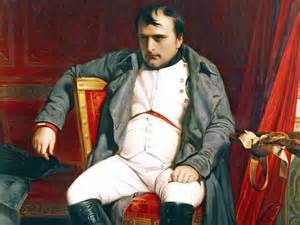 And so I now wonder about bi-vocational ministry.  Given that it was comparatively easy for me, since my other job – seminary professor – co-ordinated nicely with my pastoral calling, how hard would it be for others?  What about those who drive buses or work in factories or call centers and whose employers might not be as flexible and whose work routine does not translate easily into sermon preparation?  If bi-vocational ministry is the wave of the future – and finances and church size may well dictate that it is – a whole host of expectations need to change.  And the human cost on ministers will likely be brutal.

A number of people have asked if I intend to demit the ministry.  At the moment, I am a minister without call on the rolls of the Presbytery of Philadelphia.  My role at Grove will likely involve regular chapel preaching.  A conviction Presbyterian, I believe that one who regularly preaches the Word needs to be under presbytery oversight and so it is likely that I will ask my brothers in presbytery to call me as Teacher to Grove.  But in the meantime I am looking forward to sitting through whole worship services with my wife, hearing the Word preached, taking the Lord’s Supper, though probably not serving on the refreshments roster -- for which any who have ever tasted my attempts at baking can give hearty thanks to God.