When Willie Philip led his congregation out of the Church of Scotland in 2012, he asked if I would write to the Presbytery of Glasgow, to plead with them to be reasonable over the legal issues 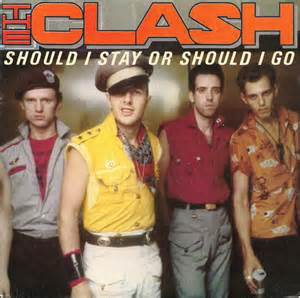 surrounding the building.  Willie and I had then known each other for nigh on twenty-five years, since the time my girlfriend (now wife) and I would borrow his VW beetle with the insane clutch control and lack of brakes to take the kids from Bon Accord Free Church of Scotland Youth Club to the local swimming baths.  He and I did not see eye to eye with regards to the C of S evangelical strategy and had indeed clashed angrily over it on a number of occasions.  But I wrote the letter out of respect and affection for an old friend caught in a very tight spot and taking a tough stand.  I did warn him that the Presbytery would simply tell me (politely) to get knotted.  And guess what?  They simply told me (politely) to get knotted.   It somehow seemed to capture the moment -- the moment which a new book from Banner of Truth, A Sad Departure: Why we could not stay in the Church of Scotland by David J. Randall, explains with great insight.

The book is a sober and poignantly personal read for me.  I recognize the names of many friends and former students in the narrative.  Some were fellow students in Aberdeen in the late 80s.  Others I later taught at Nottingham and, again, in Aberdeen.  I little knew what tough stands and sacrifices they would be called upon to make within a few decades.  Still less did any of us have any inkling that homosexuality would be the issue upon which they would leave the Kirk.  And I still enjoy cordial relationships with some of those who chose to stay. There are good men on both sides, even though my sympathy lies very much with those who separated.

At the heart of the recent departures has been the series of actions by the General Assembly which has moved the Kirk towards legitimizing homosexuality.   There are various pieces to this.  Most 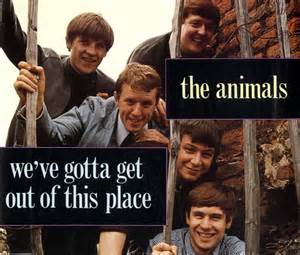 notoriously, the transfer and installation of an openly gay minister in a congregation in the Aberdeen Presbytery in 2009 caused a storm of protest.  Ironically, of course, he was already an ordained minister (though his ordination had occurred before the issues with his sexuality had emerged) and had not been defrocked when he decided to leave his wife and then enter into an openly gay relationship.   This case was followed by years of attempting to square the circle, speciously appeasing the conservatives while yet giving the liberals all that they wanted.  During this time there was a steady stream of departures, culminating in the Big Beasts of C of S evangelicalism – churches like St. George’s-Tron in Glasgow  and Gilcomston South in Aberdeen -- taking their leave of the Kirk in 2012 and 2013 respectively.  Some have joined the Free Kirk, some have kissed the Pope of Ealing's ring and united with the International Presbyterian Church, some have gone independent.

Were they right to leave?  Yes.  Absolutely.  No doubt in my mind on that score.  Once it becomes impossible to protect the preaching of the gospel and to suppress heresy within the Church, then the Church has lost the mark of the Word.  She has thus ceased to be a church at a denominational level at least, regardless of what individual congregations may do.  Departure should never be hasty or precipitate; but once the matter is done, it is time to go.  Those who remain need to ask themselves what their strategy for returning the Kirk to orthodoxy is.  How are they going to take control of the teaching institutions?   Of the Presbyteries?  Of the committees?  Of the administration in George Street?  Of the General Assembly?  If they have no strategy for all – not just any one – of these things, then they have no real rationale for remaining beyond the pitiable pieties of Presbyterian pipe-dreams.

Randall does an excellent job in explaining the evangelical position.  He also points to the incoherence of those who remain in the C of S while claiming to disagree with her position on sexual ethics.   As 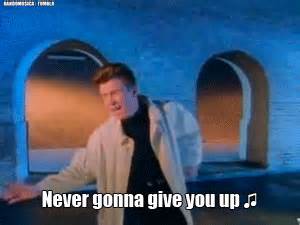 he argues on p. 45, acceptance of the teaching of the Church on the issue once it has been legislated is what Presbyterianism means.  He could well have referred to Charles Hodge’s statement on such an ecclesiastical point: once the Church as a whole has made a formal decision on a matter, ministers have but three options – they can wholeheartedly support the position, passively accept it, or peaceably withdraw.  The specious claim that one can remain a good Presbyterian while repudiating the denomination’s official teaching is simply disingenuous and inconsistent with being a good Presbyter.  One might add that it is an inconsistency lost neither on liberal insiders nor observant outsiders.   As to those who have adopted the 'Rick Astley Protocol' and declared that they will never give up on the Kirk, no matter what she does – Randall skewers that as strategically disastrous.  One might also add it indicates a complete absence of any real Protestant understanding of the Church.  Of all the options, this one is the most self-evidently self-defeating and ridiculous.

Randall is, I believe, too generous to the quiet infiltration strategy of William Still and his disciples. There were many flaws in Still's approach but the most obvious was that it failed to take account of the nature and signficance of legislative and administrative power in Presbyterian denominations. Guarding one’s one pulpit and congregation is vital but it makes no difference to the Church at large, for denominational power in Presbyterianism is exerted by Presbyteries, Synods, and Assemblies, and to influence those one must sit on the relevant committees, turn up to meetings, make life difficult for all the right people. Boring work, thankless work, often unpleasant work -- but ecclesiastically vital work nonethless.  It is thus the Stillite policy which must take considerable blame for the institutional weakness of the evangelicals as they engaged the liberals in the current battle.  Yes, the Barrier Act helped delay things a bit -- God bless the Barrier Act!  Every Presbyterian denomination should have one! -- but far more could have been done if there had been fifty years of a proper, carefully orchestrated ecclesiastical strategy.

Of course, such a strategy would have required courage in the Presbyteries, courage which was often thin on the ground among the anointed successors of William Still. Preaching to the 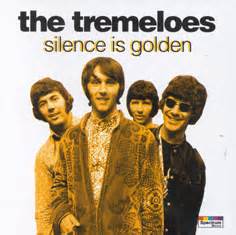 appreciative home crowd is one thing.  Speaking up in a hostile Presbytery is quite another.  I remember one former C of S candidate telling me of how he was fried alive at a Presbytery meeting as a young man over his opposition to women’s ordination.  And the prominent Stillite evangelicals sat there in silence.  Not a hill to die on, apparently – well, not a hill for them to join a student who was dying thereon anyway.   William Still left a legacy of great preachers and men of prayer in the Kirk.  But his pitiful ecclesiastical strategy gave them no foundation upon which to mount a successful rearguard action against liberalism.   And now the current crop of men in their thirties, forties, and fifties has been called upon to pay a painful price for the decades of ecclesiastical quietism pursued by their fathers in the faith.

Yet I still remain perplexed as to why the gay issue brought things to a head.   The official teaching of a Presbyterian denomination is always a function of its confessional documents as they connect to the terms of ministerial subscription.  Those terms had been decisively loosened many generations before homosexuality became the major issue it is today.  For example, I know first-hand that a former minister of the very Aberdeen congregation which called the gay minister denied fundamental tenets of the faith with impunity throughout his career.  The problem with fighting on the gay issue is that this matter only became a problem because so much else that was so vital had already been made thoroughly negotiable.  There is a lesson there.  And there are also some grim optics: these men who left were not homophobes (whatever that means these days) but by making this the issue upon which to stand, they ran the risk of appearing as such.  "So denial of the resurrection is acceptable but gay sex is not?"

This is a good, though very sad, book.   I am glad that the Kirk’s loss has been the strengthening of other denominations and the freeing up of congregations from the putrid garbage of the politicized sexuality which lies at the rotten core of the current liberal "Christian" project.  I am glad that less evangelical money is

going to promote heresy and undermine orthodoxy and orthopraxy.  And I am glad that those who have taken the brave step of separation no longer have to waste time at Presbyteries defending the most elementary doctrines of the faith.     I only wish it had happened earlier.