More than a feeling? Machen, Rieff, and Christian Liberalism

To begin with a question: What would Gresham Machen think of the current state of the union with regard to sexual ethics and the connection between these and the increasing pressure on 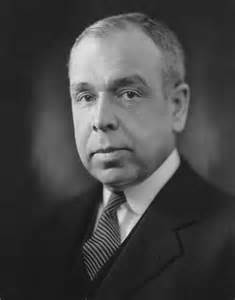 religious freedom?  I suspect he would be shocked by the particularities of the case, that the most private of human activities has become the most pressing public issue of the day and the single biggest factor in the challenge to religious freedom in the United States.  Yet he would also surely roll his eyes, for recent changes in America do little more than confirm his belief that the church is a body of pilgrim people, never truly at home in this world prior to the consummation of all things at the end of time.

So far so prosaic and predictable.  The world is going to dogs and, if the church ties herself too closely to it, then she will go to the dogs too.  Everybody knows that all pessimistic Presbyterians – particularly English Presbyterians – hold to some version or other of this basic narrative.  Today it is obvious that conservative Christians placed too much confidence in conservative politics to further their ambitions and now there is a price to pay.  Thus, we are experiencing a kind of spiritual market correction which is exposing not only our latent political weakness but also the fact that the historical norm in America – the cultural dominance of Christianity – is actually to be understood as the theological exception.  The Bible gives no hint that such dominance is ever to be expected or taken for granted by the church.   None of this would have surprised Machen, as can easily be demonstrated in a careful reading of his works, not least Christianity and Liberalism.

Yet, while 'He told you so!' and 'O tempora, o mores!' may well be somehwat self-satisfying responses, there is surely a more interesting question to ask here: To what extent do we find in Machen’s analysis in Christianity and Liberalism an anticipation of the forces which have served to bring about the current chaos in society?  This question is both more challenging and, I believe, more instructive in thinking about a way forward.  Thus, in this brief paper, published here in four parts, I want to highlight a number of interconnected areas where Machen’s analysis of liberalism is relevant to the contemporary world.

[I]f any one fact is clear, on the basis of this evidence, it is that the Christian movement at its inception was not just a way of life in the modern sense, but a way of life founded upon a message.  It was based, not upon mere feeling, not upon a mere program of work, but upon an account of facts.  In other words it was based on doctrine.

In speaking of Christian liberalism in this way, we might say that Machen was addressing the specific Christian form of the slow but steady changes in the idea of truth which had most recently drawn much of its impetus from nineteenth-century Romanticism and which, in the twentieth century, was rapidly appropriating the language and ideas of psychology.  The notion that doctrine was essentially an expression of the religious self-consciousness, whether of individual or community, was part of a wider phenomenon.  It represented the appropriation of the Christian idiom for the articulation of an increasingly psychologized understanding of reality.

At this point, the thinking of modern psychological sociologist, Philip Rieff, is a fruitful source of reflection.  Rieff famously saw history as involving a series of changes in the understanding of human beings.  Political man, who found his meaning in the life of the classical polis, gave way to religious man who found his meaning in the religious rites and structures of the  Middle Ages.  Religious man then gave way to economic man, who understood life’s meaning as intimately connected to economic relations of production and exchange. This economic man was, in fact, something of a transitional phase, bridging the way to the Last Man.  The Last Man was psychological man.

Psychological man was a category he first introduced in the final chapter of his book Freud: The Mind of the Moralist, and which he then went on to describe in great detail in The Triumph of the Therapeutic.  One of the primary characteristics of psychological man, and the culture which he represented, was the repudiation of any notion that external authority might be a means of liberating that which is internal, subjective and, to use modern parlance, truly ‘authentic.’   Indeed, Rieff described the personality of this modernity in the following way:

The systematic hunting down of all settled convictions represents the anti-cultural predicate upon which modern personality is being reorganized.

As an example of this, we might point to prevalent attitudes to transgenderism which is the species du jour of the repudiation of external authority.  In its radical separation of sex from gender, it repudiates the authority of social conventions and of sexual physiology in order to set the psychological forth as the only ultimate authority which cannot be subject to any other.

My grandfather, for example, would not have had the categories which would have enabled him to understand the phrase, ‘I am a woman trapped in a man’s body.’   The idea that such a psychological conviction might override a physical reality would have been bizarre to him.  Indeed, had he heard such a statement, he would have assumed that it was the brain, not the body, which was dysfunctional.   In the world of psychological man, however, where the will determines the reality, then such a statement becomes authoritative and unchallengeable.   To constrain such a will by external means is not to liberate but to oppress, for the inner psychological life is where truth and authenticity are to be found.

What is interesting is that Machen’s particular theological point regarding doctrine and Rieff’s general sociological point regarding culture are two aspects of the same basic phenomenon, the rejection of external authority and of anything external as being fundamentally definitive of what it means to be human.  To be human for Machen is to understand oneself in terms of revealed biblical categories that exist independently of the individual and which, in a very deep sense, refuse to acknowledge the particularities of the individual as being of ultimate significance.  It is not who I think or feel that I am that makes me who I am.  It is what God says I am that makes me who I am.  And that judgment is external to me and independent of me.  Doctrine is not a communal language for expressing my individual identity.

The current anarchy of identity in our culture – indeed, the current anarchy of identity which defines our culture – is predicated on precisely what Rieff claims: a radical voluntarism underpinning a form of nominalism which is rooted in making psychology – feelings and sentiments – the basis for truth.  And that is precisely what Machen identified in the liberalism of the churches of his day.