Like a nightmare? Marx, Machen, and the Significance of History

On Monday, I offered some reflections on Machen's analysis of liberalism in terms of Philip Rieff's arguments about the rise of psychological man.  Another theme in Machen’s Christianity and 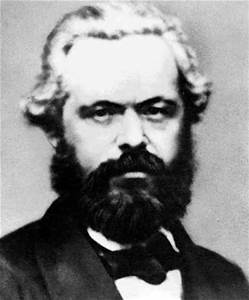 Liberalism is liberalism’s functional abandonment of history as a source of any authority.  This is again quite consistent with the Romantic/psychologizing trajectory of the modern age, for history too is a kind of external authority.  Where once history and tradition might have been seen as liberating, as giving an identity to people and thus a place from which to engage the world, history is now seen more as something oppressive, something to be overcome, if we are ever to be our true selves.   Indeed, Karl Marx captured the attitude of the modern world quite brilliantly at the start of his 1852 essay, The 18th Brumaire of Louis Napoleon:

Men make their own history, but they do not make the history that they choose; they do not make it under self-selected circumstances, but under circumstances existing already, given and transmitted from the past. The tradition of all dead generations weighs like a nightmare on the brains of the living.

That history is a nightmare is surely one of the defining convictions of this present age.  Yet this was not the position of Machen and this is a vital part  of his rejection of liberalism.

Now, while he dealt with doctrine in a specific chapter, this theme is not singled out in such a way but rather pervades much of what he says on other topics.  Thus, for example, throughout the book it is the fact that Jesus Christ actually happened, was an historical person, really did live, die, and rise again, that underpins the truth value of doctrinal formulations.  To reject the authority of history is thus to engage in a form of Docetism.  It is also to reject the authority of doctrine or to turn doctrine into the psychological constructs which undergird liberalism and make Christinaity into nothing more than a religion of sentiment and feeling.  As Machen eloquently expresses it:

From the beginning, the Christian gospel, as indeed the name ‘gospel’ or ‘good news’ implies, consisted in an account of something that had happened.  And from the beginning, the meaning of that happening was set forth; and when the meaning of the happening was set forth then there was Christian doctrine.  ‘Christ died’ – that is history; ‘Christ died for our sins’ – that is doctrine.  Without these two elements, joined in an absolutely indissoluble union, there is no Christianity.

History therefore has authority, external authority, which makes demands upon the present.

Machen’s concern for history, however, is broader than just the biblical story and its importance for doctrine.   Because he held to a high view of the church as an institution, and of her offices, officers and confessions, history was inevitably of vital importance to the particularities of Christian belief and practice in the present.

Thus, the history of confessional and denominational divisions also carries an authority for him.  This is not because he thinks divisions are in and of themselves a good thing.  Far from it.  He regards them as in one sense disastrous.  Indeed, the failure of Luther and Zwingli to agree at Marburg was a catastrophe.  Yet he does not regard it as being as catastrophic as a doctrinal indifferentism that would simply ignore or minimize the differences that exist between, say, Reformed and Lutheran or Calvinist and Arminian.  Such divisions are to be taken seriously because they represent disagreement on substanive issues. One of the things we can learn from church history is therefore what is and is not of critical importance.

The same can be said for Machen’s respect for creeds and confessions and for the church as an institution.   While he is a good Protestant and thus gives no ultimate authority to such things, yet he clearly has huge respect for historical tradition.  And that is because he acknowledges that history possesses authority of a sort.   We are who we are, we worship and speak as we do, because we inherit the language and the liturgies of previous generations.  History gives us our place to stand as Christians in the present.

Again, we can now turn to Philip Rieff and see that Machen’s particular point about Christianity finds a more general expression in his writings on culture.  One of the inevitable concomitants of psychological man is his repudiation of history.  History, after all, along with its concomitants – law codes, institutions, traditions etc. – is an obvious form of external authority which hinders self-realization and authenticity.   In a posthumously published work, My Life among the Deathworks: Illustrations of the Aesthetics of Authority, Rieff writes of what he calls ‘the coming barbarism', describing it as a radical severing of the present from the past in order to repudiate any authority which the latter may possess.   To quote him at length:

Cultures are constituted by the union of the living and the dead in rituals of living memory.  Never before, in our late second world, has the authority of the past been sacrificed with a more conscious effort of forgetfulness.  Forgetfulness is now the curricular form of our higher education.  This form guarantess that we, of the transition from second to third worlds, will become the first barbarians.  Barbarism is not an expression of simple technologies or of mysterious taboos; at least there were taboos and, moreover, in all first worlds, the immense authority of the past.  By contrast, the coming barbarism, much of it here and now, not least to be found among our most cultivated classes, is our ruthless forgetting of the authority of the past. [MLATDW, 106]

The specific example Rieff then goes on to highlight is that of abortion.  To borrow his language, abortion is the flushing away of human identities down the memory hole. It is not just the slaughter of a person.  It is the eradication of history.

We can see how this principle applies to recent marriage debates.  That gay marriage is historically unprecedented in an absolute sense has ultimately carried no weight whatsoever in the interpretation of the Constitution.  Of course, we must acknowledge that lack of historical precedent should not be an absolutely decisive factor in legal judgments; but that such now carry so little weight compared to the tastes and predilections of the present moment is a stunning and significant cultural development. History as history carries no positive authority at all.  Our culture is such that precedents, legal, moral, social, must all fall before the devices and desires of those who would make us no more than the sum of our present pleasures and personal satisfactions.

The idea that history is oppressive is deep in our culture and it is part of the essential Gnosticism of the postmodern world.   And Machen’s Christianity and Liberalism is undergirded by the belief that theological liberalism is itself a species of such anti-historical sentiment, both in its rejection of the connection of history to doctrine and in its lack of concern for the historic testimony of the church throughout the ages.