Jones and the Stones

The recent New York Times interview with Serene Jones, President of Union Theological Seminary, is one for the ages.   Indeed, critique is almost pointless as the interview itself begs not so much questions as gasps of amazement at the breathtaking combination of leaps of logic, misrepresentations of the Christian tradition, and the deployment of emotive buzzwords with 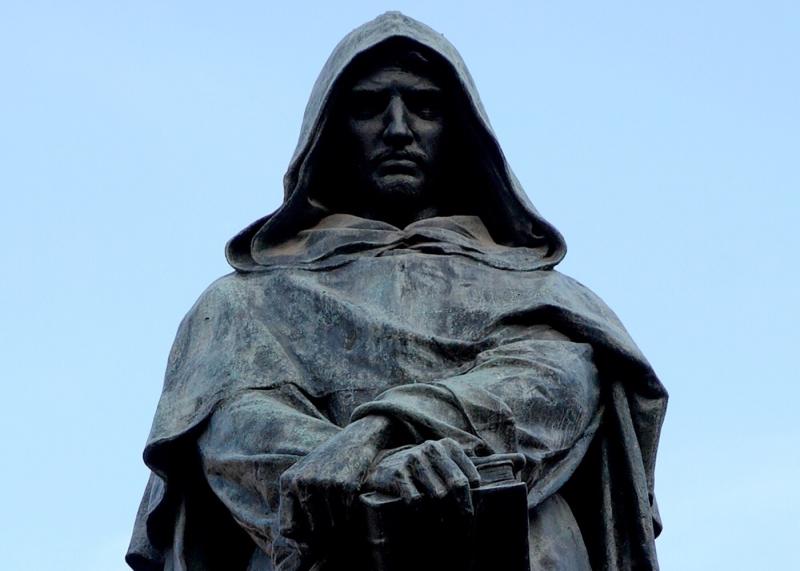 no actual content.   It used to be that critics of orthodoxy had a certain gravity to them – one thinks of Giordano Bruno, for example.  Now, as with much else today, there is a cocksureness about them which is belied by the superficiality of their thought.

Here are just a few gems: ‘There’s no resurrection story in Mark, just an empty tomb.’

‘Crucifixion is not something that God is orchestrating from upstairs. The pervasive idea of an abusive God-father who sends his own kid to the cross so God could forgive people is nuts. For me, the cross is an enactment of our human hatred. But what happens on Easter is the triumph of love in the midst of suffering. Isn’t that reason for hope?’

‘I find the virgin birth a bizarre claim. It has nothing to do with Jesus’ message. The virgin birth only becomes important if you have a theology in which sexuality is considered sinful. It also promotes this notion that the pure, untouched female body is the best body, and that idea has led to centuries of oppressing women.’

There is more, for those who wish to venture behind the paywall.  Such as the idea that Jesus’s physical resurrection is irrelevant to faith; and Dr Jone’s agnosticism about life after death.

That Dr. Jones does not even represent the Christian orthodoxy she rejects in an accurate manner is not the saddest part of this article.   It is the sheer hopelessness of it all.  She bandies words like love and justice around but gives them no content.  She talks of faith but gives it no objective basis, leading to the reasonable conclusion that for her it is mere sentiment.

Years ago, I commented elsewhere on how Christian liberalism, for all of its sophisticated philosophical underpinnings, typically manifested itself in the words of its adherents in the church as a bundle of vacuous pieties, a heap of verbal rubbish, full of sound and fury, signifiying nothing.  And it seems to be worse now than before.  Niebuhr once declared, ‘A God without wrath brought men without sin into a Kingdom without judgment through the ministrations of a Christ without a Cross.’  But this is much, much worse: people like Dr. Jones seem equivocal even on the idea of God.  Surely the most charitable must wonder why Dr. Jones is wasting her life on something that is to her so trivial.

This is tragic, for it is not simply a theologically contentless Christianity.  It is a theologically hopeless Christianity.  There is no joy here, simply a Feuerbachian projection of all the resentments of our present age onto historic orthodoxy, and the reductive reinvention of God as some sentimental mish-mash of trendy political pieties.  Hopeless, and that in all senses of the word.

What a contrast to the Collect for Easter Sunday found in the Book of Common Prayer:

Almighty God, who through thine only-begotten Son Jesus Christ hast overcome death, and opened unto us the gate of everlasting life; We humbly beseech thee, that, as by thy special grace preventing us thou dost put into our minds good desires, so by thy continual help we may bring the same to good effect; through Jesus Christ our Lord, who liveth and reigneth with Thee and the Holy Ghost, ever one God, world without end. Amen.

That still speaks, though centuries old.   Today’s liberalism? Any liturgy one might draw from the thought of Dr. Jones? As useful today as the edition of the newspaper in which her interview appeared. Well, to borrow a phrase from the Rolling Stones, ‘Who wants yesterday’s papers?’

Heresy, as FitzSimons Allison so memorably put it, is cruel. We might add that it is also hopeless and joyless, cynical and banal. We should waste as little time on it as possible.  It doesn't preach, it makes no sense of the Bible, it doesn't touch on any deep human need. The joy and hope of orthodoxy is worth much more of our time.