A number of people have emailed with regard to my recent series asking versions of the following questions: But don’t words change their meaning over time?  So doesn’t the nature of what we subscribe inevitably change as well?

A number of observations are in order.

First, words do indeed change their meaning over time.  Even the process of creedal formulation bears witness to this: in 325, claims that there was more than one hypostasis in God was anathema; by 381, the claim that there were less than three hypostases in God was anathema.  The reason?  Theologians had redefined hypostasis to serve the purpose of orthodox doctrinal formulation.

Second, when it comes to confessional subscription, the question is not ‘If we wrote this confessional document today, would we use the same words?’  Most likely we would not.  The question rather is ‘Can we affirm the concepts which this language was originally intended to express?’  That requires those of us subscribing to be taught well what the document meant – hence the importance of historical theology -- and then to decide if we can subscribe it in good conscience.

Third, the claim that one subscribes to the words of the confession but that we need to understand them today in a different way is a long-established technique in Christian theology, but not one with a very impressive pedigree.   ‘We cannot believe in literal resurrection today but we still honestly affirm that Christ was raised – we just take it to mean the experience of his resurrection power in the life 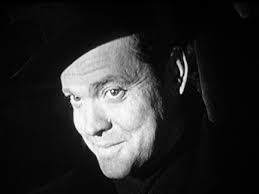 of the Christian community’ was the German liberal move in the nineteenth century.  ‘We do believe scripture is without error – we just define error today in such a strict way that we cannot apply it to claims about scripture in earlier confessional documents’ is another play on essentially the same historicizing approach.  And ‘Yes, I affirm simplicity and impassibility – but we now know that they cannot mean what the Westminster divines intended them to mean in the seventeenth century’ is a third.  In each case, one might respond that (a) subscribing a confession is a voluntary act and if you do not believe what they intend to express, you do not have to subscribe them (b) subscribing the confession but saying that the words now mean what I or my favorite modern philosopher/theologian want them to mean is the Humpty Dumpty fallacy (see my earlier post).

I think it was Cornelius Van Til who saw Karl Barth’s problem as being, in part, that he used the language of orthodoxy but to mean something that was far from orthodox.  Whether that is a fair characterization of Barth is beyond the scope of this blog; but Van Til’s point would seem to have potential relevance to more than just Barthianism.