Analyses of the ‘Trump Moment’ in American politics vary in the details but what is clear is that disillusionment with the Washington Establishment -- oft touted in previous elections but rarely seen as having practical electoral significance – might finally be having an impact.   Years of the elites on both sides patting each other on the back, ignoring the concerns of many ordinary Americans, and corralling public discussion using the canons of political correctness have precipitated something of a backlash.  There seems be widespread cynicism about leadership which has now opened the way for Trump.

One question to ask is whether this instantiation of a rejection of established leadership and political protocols might be indicative of a wider cultural phenomenon.   To bring it closer to home: Could we be on the brink of a ‘Trump Moment’ in the conservative evangelical world.

The signs are all there.   Big Eva organizations such as the Gospel Coalition have self-consciously sought to drive and thereby control the small-r reformed world by buying up the talent and overseeing who gets to speak, what gets said, who gets reviewed, who is in, who is out.   Other groups, as I have recently pointed out, have become businesses, making big sums on gospel products and the performance of orthodoxy before the adoring home crowd.  And the small pool of names that populate the leadership of all the Big Eva organizations indicates an establishment elite which ultimately shares a common interest in protecting each other’s brands.  The chances of internal reform seem remote. 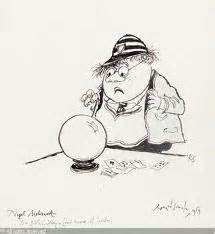 Nowhere is this problematic culture more evident than in the (non) fall-out from scandals.  Numerous big names have been caught out: plagiarism, bullying, cover ups, adultery, Ashley Madison – you name it, they’ve done it – yet, just like politicians, they offer quick repentances and make come-backs in the time it takes the rest of us to make a cup of tea.  And small, hard-core activists are always available to form a hashtag-wielding mob and rubbish any nay-sayers as hypocrites, legalists and worse.   The potential for a leadership dangerously detached from the people and insulated from legitimate concerns of the constituency who ultimately bankroll the operation of Big Eva seems to be being realized before our eyes.

All of the conditions for a Trump Moment in Big Eva reformed evangelicalism therefore seem to be in place.  True, the leadership and the big organizations have thus far proved remarkably resilient.  I keep expecting the bubble to burst but, like Amazon reporting losses year after year, the disasters and the scandals are repeatedly tolerated by the Big Eva stock market, presumably in the hope of a long-term rally.   But I do not believe it can be sustained indefinitely.  Then we may not be facing a market correction but a backlash, not simply against the current leadership but against the theology it has promoted and against the church in general.  Who knows what will replace it?   If secular politics are any guide, the replacement could be much worse.  That would be tragic because the price will be paid not only by the myriad of humble pastors who simply seek to care for their people but also by the church in general.

Double the Impact of Your Gift on November 29!

Double the Impact of Your Gift on November 29!