Christianity and....what? A possible new title for an old classic

In reflecting on Machen’s Christianity and Liberalism after nearly a century, it is very clear that it is a work which presents in particular Christian form the pathologies of the modern age.  In its 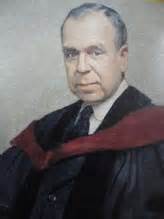 prioritizing of experience and psychology, its disdain for history, and its practical suspicion of institutional authority, the ‘Christian’ liberalism of Machen’s day was scarcely unique.  The question then comes: What is to be done?  How can the church today, surveying the landscape that has been so utterly changed by the cultural trends which Machen so feared, respond?

It seems to me several points suggest themselves.

First, the church needs to understand that the forces pressing for her theological and moral dissolution are deeply embedded in the currents of the modern world.  It is not simply that the church needs to guard the teaching office through appropriately orthodox training for pastors and elders, though she certainly needs to do that.  The church must realize the size of the task that lies before her.   The forces Machen saw at work in the church of his day continue to shape the hearts and minds of congregants six – perhaps even seven – days a week.    And we need to understand that these forces operate in a manner which is not primarily argumentative.      Truth is conceived of in aesthetic terms and what constitutes virtue is a function of taste. This is because people are watching soap operas and sitcoms and commercials, not because vast numbers of congregants are reading Wilhelm Reich or tomes of post-Freudian theory.
We need to understand that Biblical illiteracy is no longer simply an informational issue, a lack of knowledge of the biblical text and story line.  The problem is not simply that people have never heard of Noah or even perhaps Jesus. It is the fact that they do not even think any more in terms of the most basic categories with which the Bible operates, perhaps most fundamentally the idea of human nature as a given.  And they do not even realize that the way they think now is not the way it has to be.  The task that lies before the church is thus much vaster and more difficult than we could ever have imagined.

Second, history as an authority needs to be regained Christianity is as an historical religion in terms of its institutions, its creeds and confessions.  It rests upon a fundamental assertion of the importance of history as the means by which God works.  Machen’s analysis of liberalism resonates with Rieff’s analysis of the great intentional forgetting of the past.   The cultivating of an appropriately historical mindset is crucial; but the manner in which this is to be done is not immediately obvious, given the pervasive impact of the anti-historical  nature of the new barbarism.

Take pornography, for instance, which is probably the number one pastoral problem within the church today.  We tend to think of it in terms of lust, objectification of other people etc.  Yet lust is only part of the issue.  Pornography divorces sex from real relationships, and thus from any kind of personal narrative or history.  It thus cultivates a mindset which is, in a sense, profoundly gnostic and ironically so – one of the most basic bodily functions, one of the most powerfully physical activities, is effectively disembodied.  And that which is meant to connect the individual to a much larger personal narrative and history is abstracted from any kind of relationship whatsoever.   Porn does not simply cultivate lust and the objectification of sexual partners.  It quietly erodes and destroys the authority of history as well.   Such is just one example – consumerism, the entertainment industry, and the basic psychologizing of life all cultivate patterns of thought that see history as at best irrelevant, at worst something that needs to be overcome.  That is lethal to an historical religion.

Third – and I know you are all just waiting for me to say this -- churches need elaborate confessions.  Just think of how the evangelical penchant for brief doctrinal statements has undone so many churches recently?  After all, how many home-made  12-point doctrinal confessions ever dealt with marriage?  The great confessions of the Protestant church generally did so.  Those churches that combined a Biblicism with an ignoring of history and the simple dogmatic aesthetic of the modern age often abandoned these historic confessions, in a manner I would argue has more to do with the spirit of the age than with actual biblical teaching.   And now they are about to pay the price, maybe even legally.

Ironically, confessional churches are in a much stronger position both pedagogically and indeed legally, relative to developments surrounding issues such as same sex marriage.   When marriage is confessionally defined as between one man and one woman, all other permutations are ruled out of bounds.  Thus, even a document whose authors could not even have conceived of gay marriage has in practice addressed the matter quite adequately in terms of confessional function.   That makes pedagogy and legal defense of a refusal to countenance gay marriage somewhat easier.

Nevertheless, there is a price to pay here: to return to the confessions of the sixteenth and seventeenth centuries is inevitably to return to the divisions of that era.  The challenge which Machen poses to the church is, on one level, the challenge to take the particularity of confessional subscription seriously.  And doing so may well militate against significant co-belligerence in the secular sphere.  Though perhaps Machen’s view might be that such co-belligerence, when it has taken on a quasi-ecclesiastical hue, was always actually an ironic part of the problem, rather than a stepping-stone to the solution.

Fourth, the church as an institution needs to be reasserted, and that with consistency and integrity.   Mere paper orthodoxy is not enough.  The church has to be what she says she is; and that will require tough decisions by those in leadership, and sometimes decisions which may involve some sacrifice.    Only when the church takes heterosexual marriage seriously, for example, will she be able to be the aroma of life to life, or death to death, to the world to whom she witnesses.  And that means not just complaining about society marrying gay couples.  More than that, it means taking appropriate pastoral and disciplinary action against those who engage in adultery and cheap divorces.   If such actions have no consequences, then the church has no moral authority at all.

This is also surely the only way of pursuing Christian discipleship.  The purpose of the church is not to facilitate the self-realization of psychological man but to turn psychological man, the man who claims absolute sovereignty over himself, into the servant of the God who is sovereign over all.  And that requires nurture within a social environment whose culture is the very antithesis of the world around, an environment where the Word stands over against the individual’s autonomy and calls men and women to obedience.  Only in an organized community shaped by that Word will individuals truly come to know who they are and to be what they should be.   The church as institution is the necessary corollary to the Word as external authority.  Thus, a repudiation of the church as a confessing and confessional institution is a repudiation of the very means for human beings to be truly human.

Finally, as I looked again at Machen’s work, I was struck by how he saw in an infant form the very pathologies of the modern age which led to that which Rieff calls ‘the coming barbarism.’  Perhaps I might close by suggesting that were someone to write the equivalent today they might think of giving such a book another title.   Indeed, in its repudiation of all forms of external authority and its exaltation of the individual, the modernism which Machen critiqued has become something much more obviously antithetical to the faith and something much uglier and much nastier.  Given this, an appropriate title might well be not Christianity and Liberalism but Christianity and Barbarism.