Accidental Feminist or Vlad the Impaler? 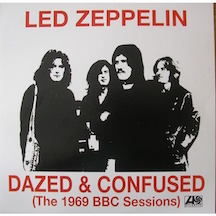 Perhaps six days is a little short for an accidental feminist retrospective, but, given the feedback Aimee and I have received for our two posts on John Piper, the time seems ripe for such.  Some cheered us for speaking out against the increasingly patriarchal sounds coming from leading complementarians.  Others jeered at us for betraying the gospel.  So to help the  dazed and clear up the confusion, here is a final helpful summary of what we actually claim:

1. Women should not be ordained.

2. Men should take the spiritual lead in their families, although marriage is not to be construed in terms of submission to the exclusion of other biblical categories.

3. But male-female relationships elsewhere are complicated and attempts to parse them narrowly along strict lines of submission simply end up utilizing more or less subjective and nebulous categories.

4. This leads to logical confusions, inconsistencies, silliness and, at a more sinister level, a view of women as ontologically inferior to men.

5. Therefore we need to be careful in these areas not to allow our churches to become cult-like by binding the consciences of believers and creating cultural attitudes which can legitimate abuse.

Interestingly enough, the key point on which our conclusions turn – number 3 above – was basically conceded by John Piper in the podcast in question.  The problem is that he then seemed functionally to ignore this, perhaps on the basis that it is better to be safe than sorry.

By my reckoning, the position articulated by us Spinners is perfectly consistent with the theology of the Bible as expressed in the Westminster Standards and thus with that of historic,

confessional Presbyterianism.   It also places us only slightly, very slightly, to the left of Vlad the Impaler in the context of modern American society.  Indeed, it surely makes me unemployably conservative even within great swathes of the evangelical world.  Hysteria about this being a sell-out is just that: hysteria.   Yet it also perhaps has a deeper significance.

That this position is now apparently deemed by many to be a contentious compromise is surprising and would perhaps indicate that the loudest and most influential voices on the issue are moving complementarianism distinctly to the right, encouraging it towards positions more akin to patriarchy, and pushing its remit into the micromanagement of lives via expanded church power, whether explicitly or in more subtly coercive ways. That is very disturbing. While I have little interest in complementarianism as a social movement myself, I worry at the influence such voices may have on 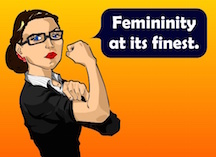 congregations and Christian families.  It would thus be very helpful for groups like CBMW to make it clear where they think the acceptable rightward boundary of their movement is. And, while we’re at it, it would also be useful to have some of the talented women involved in the complementarian movement speaking up on the apparent direction being taken by some of the leadership.  Such women have made signal contributions to the church over recent years and the influence of this  rightward trend would seem set to become the pressing issue of the day within their circles.  This is not a moment for silence.

In the meantime, if you get lost on your travels over Labor Day weekend, better wait for the next available man so that you can ask him for directions. That should help you avoid crises of conscience.   In fact, why not sidestep the dilemma entirely and simply use a GPS?  Though please do make sure it is set to a male voiceover.  Better to be safe than sorry, after all.