You Promiscuously Call One Another Brothers and Sisters!

Aimee Byrd
January 26, 2018
Last week Michael Kruger wrote a good little article on the peculiarity of early Christian worship and how believers managed to offend everybody. Rumors were flying about what kind of people Christians really were. I wanted to elaborate on one of Kruger’s points and compare that to how Christians worry over “appearances” today. Kruger said:
The other offensive aspect of Christian worship was their private meetings. For obvious reasons, Christians weren’t eager to put their worship practices on full public display. So, they tended to meet early in the mornings, or in the evenings, often when it was dark, away from the masses.
Of course, this was seen as highly suspicious. As already noted, Romans regarded religion as public. So, what were these Christians up to in their “secret” meetings? As is well known, this occasioned all sorts of speculation (and accusation) about whether Christians were engaging in licentious or even cannibalistic activities in these gatherings.
Christians were being persecuted for their faith, so they met in secret. Of course this would fuel rumors. Here is a Roman argument against Christianity in the early days of the church. Mark Felix narrates these accusations from Caecilius in his apologetic work, Octavius, published 150-210 A.D.:
And now as the world grows more wicked, your abominable shrines are sprouting up throughout the whole world. This entire impious confederacy should be rooted out and destroyed! You know one another by secret marks and insignia. You love one another almost before you know one another. Yours is a religion of lust. You promiscuously call one another brothers and sisters. You apparently do this so that your debaucheries will take on a flavor of incest. Your vain and senseless superstition revels in wickedness. I would apologize for passing on the reports I hear about you if I weren’t so certain they were true. (We Don’t Speak Great Things, We Live Them, 31)
The Romans heard of their love feasts with wine, brother/sister language, and holy kisses, and let their imaginations run wild:
Your banquets are also well known and are spoken about everywhere. On a solemn day, all of you assemble together as the feast, along with your children, sisters, and mothers. People of every sex and age are present. After much feasting, when the group is boisterous and when incestuous lust has grown hot with drunkenness, you throw a piece of meat just outside the reach of a dog that has been tied to the room’s lamp. In trying to reach the meat, the dog overturns the lamp and plunges the room into darkness. The incestuous lusts of those present are now unfettered, and nature takes its course in the dark. (32)
I guess the early church wasn’t so uptight about appearances. These rumors spread because of the brotherly and sisterly love they had for one another. But they didn’t decide to soften their language. They didn’t respond to these accusations by distancing themselves from one another. They lived according to their proper identity in Christ and their joint mission. And 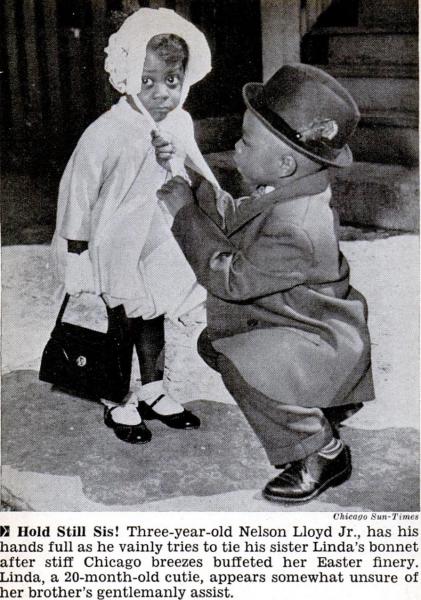 Octavius responded to these outlandish claims from Caecilius, affirming the modest and chaste lives of Christian men and women that weren’t “a matter of outward show” but of joyful obedience to the Lord (53).
Even today, Christians are under the microscope. The church has tried to be a godly voice in the midst of a world seduced by the sexual revolution. But often, the church has swung the pendulum too far to the opposite extreme, also over-sexualizing men and women, by imposing guidelines on not only friendship between the sexes, but even on acquaintanceship. For both the sake of appearances and the threat of lust and sexual impropriety, Christians are often counseled not to text, email, share a lunch, ride in a car, or even share an elevator unchaperoned with the opposite sex. Is this the way we should be seen treating brothers and sisters in the Lord? Is this how we show the love of Christ to the watching world?
For suggesting that men and women in the church should be the very people to model distinctive but not reductive sexuality to the world, that we are called to communion with the triune God and one another, and that brothers and sisters are to promote one another’s holiness in friendship, others have been suspicious of me. But the strange thing is that it isn’t the secular world accusing me of being a closet egalitarian, being a thin complementarian, ungodly and immodest, a danger to the OPC, feminist, and upholding a teaching that leads to adultery---it is fellow Christians.
How do we handle rumors both inside and outside the church? Do we promote a behavior that is led by fear, or is our desire for obedience to the Lord one that can persevere despite what others think? Justin Martyr responded to attacks of judgment this way:
So that no one thinks I’m writing recklessly, we not only request the charges against us Christians be investigated, we demand it. If anyone can prove the charges they make against us are true, then punish us as we deserve. But if no one can convict Christians of anything wrong, justice forbids you to punish innocent people simply because of false rumors…
In short, it is our responsibility as Christians to bare ourselves before you---to enable all of you to inspect our lives and teachings. (74)
Martyr gives an account of what is really going on in their weekly meetings, holy kisses and all, and it is beautiful and pure.
Kruger says, despite hacking off basically everyone, the early church did not waver:
But, here’s the key. Christians did not, for these reasons, decided to abandon, change, or modify their worship.  Despite the opposition, they stayed true to their practices and true to their Lord.
That’s a great lesson for today’s church.  Exclusive, Christ-centered, Scripture-based worship must continue to be the heartbeat of the modern church.
That is key! We are called to exclusive, Christ-centered, Scripture-based worship and living. How does this affect our relationships and service in the church? It costs us something. Dealing with the sin in our own hearts, confessing temptations, offering them to God, and choosing obedience and holy, purifying love is much more difficult than avoiding people. Challenges should not be ignored. But they don’t mean we aren’t called to intimate sibling communion with one another. They just mean that we need to grow.
What do both insiders and outsiders see when they examine us? Do they see growth? Purity? Love? Plenty of naïve Christians have committed sexual sin because they didn’t give proper thought to the implications of their identity in Christ or exercise wisdom and discernment in their relationships. This should be addressed with competent teaching, calls to personal responsibility, and discipline. But keeping an arm’s length away from half of our community doesn’t prepare us for our eschatological hope. Yes, we need to call out predators and sexual sin. Along with that, we also need to know appropriate, pure platonic love in the relationship that will outlast marriage and erotic love---siblingship. Let’s do the work and experience the joy we are called to in maturity.
Share on Facebook Tweet Widget