Why Saying "She's Just a Friend" is an Insult

Aimee Byrd
December 7, 2017
What does friendship mean to you? Is erotic love in marriage the only real valuable outlet for our affection? Does all affection lead to erotic love? Christians have another relationship to consider as well, one that will last to the new heavens and the new earth. We are siblings to one another in Christ. And just like siblingship is our longest lasting relationship on this earth, sacred siblingship is our longest lasting relationship, enduring on the new earth. That’s got to mean something, right? How do you value your friends? How do you value your siblings?
My upcoming book, Why Can’t We Be Friends?, emphasizes the great honor and responsibility that we have to promote one another’s holiness in friendship. How can that become an ordinary exercise in sibling friendship? Some would say that keeping our friends accountable by fencing our relationships between the sexes with extra biblical rules such as the infamous Mike Pence Rule or Billy Graham Rule are doing just that. But the pursuit of holiness and purity isn’t quite that easy, and we can actually stunt our growth with universal, extra biblical restrictions. We are called to love one another, not to be legalistic busybodies. And a discerning and God-glorifying sibling love wisely relates on a case-by-case basis.
Promoting holiness in a sibling presupposes discernment of their strengths and weaknesses. Natural siblings are really good at this, aren’t they? Selfish siblings will capitalize on another sibling’s weakness and compete with his strengths. But we are called to love. That means that we will want to sharpen the strengths of our siblings, we will not put stumbling blocks in an area of weakness, and we will participate in their growth in holiness. 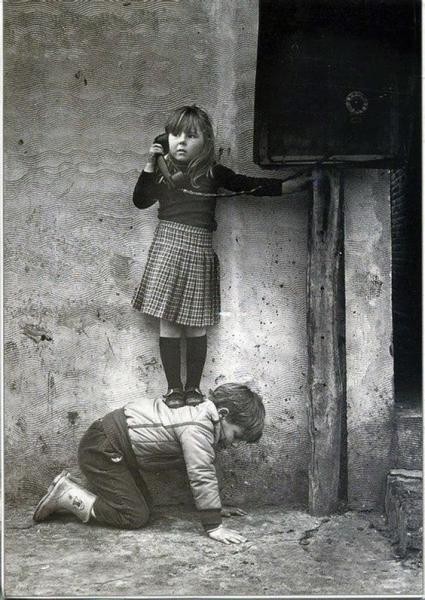 When Cain wittingly replies to God, “Am I my brother’s keeper?”, he unwittingly reveals so much about siblingship. His retort reveals that while playing dumb and denying this basic truth, he actually does know what it means to be a sibling. It’s like saying, “Abel is just my brother; that doesn’t mean anything.” His reply suggests that Abel is on his own. There is no gratitude for this gift of a sibling, no commitment to him, no common mission, no connection whatsoever. No love. What he is really doing in his reply is rebelliously rejecting who he is as a sibling. But Cain isn’t God. And he can’t just declare the way things will be. He is a brother. And therefore, he is his brother’s keeper. Even murder does not change this truth. Abel’s blood still cried out to God. Likewise, the sacred siblingship relationship Christian brothers and sisters share is a gift that comes with responsibilities.
Cain also reveals in this reply the minimum a brother should do---to be a keeper. As important and honorable as that is, sacred siblings are called to more than keeping; we are called to promoting. That is what our Elder Brother is doing for us, and what we are called to do for one another. We already know how we are supposed to do this, and yet it is often minimized in our actions. There are simple yet profound practices that affirm our gratitude and commitment to one another, further our common mission, and enhance our sibling connection. “Christian community begins in gratitude, is sustained by our promises and truthfulness, and is expressed in hospitality” (Christine Pohl, Living Into Community, 13). Centered on Christ’s person and work, these practices of gratitude, truth telling, promise making, and hospitality are foundational to promoting holiness in one another.
We say that we are thankful for our brothers and sisters in Christ but often our responses reveal our ingratitude. Dan Brennan points out a common response that unwittingly reveals our hearts toward one another. Because we live in such a romanticized and sexualized age where every meaningful relationship with the opposite sex is expected to result in the bedroom, we often try to react by minimizing friendship. We set marriage up as the ultimate relationship in which all of our commitment, passion, and intimacy is shared and invested. So when asked about our affections for anyone who is not a spouse or who is not a romantic interest we respond, “He’s just a friend.”  What a brutal thing to say! What are we unwittingly revealing with this response? With the word just, we are denying the gift of friendship and instead “convey[ing] a distance from vows, commitments, passion---a peripheral existence to the heart of the family” (Brennan, Sacred Unions, Sacred Passions, 107). What a rebellious expression of ingratitude.
You are your brothers’ and sisters’ keeper and promoter. And these practices of gratitude, promise making, truth telling, and hospitality are responses to the household we have been brought into and the God that we have. He is full of grace, giving his people what they do not deserve and could never dream of. We aren’t entitled to his affection and all that comes with it---he chose us in Christ. He doesn’t just invite us in; he makes us part of the family. He does this by revealing the truth of who we are and who he is. And our Lord doesn’t shirk from commitment; he makes covenantal promises and faithfully carries them through all the way. I’m not “just a daughter.”
Let’s not be ungrateful for the friendships that we have been given and the esteem of carrying out those responsibilities. Friendship is not a downgrade from erotic love. Unlike our marriages, friendship will last to the new heavens and the new earth. I would never call Matt, “just my husband.” I would never say Luke, Brooke, Eli, and Brody are “just my brothers and sister.” Likewise, it’s a great honor to be called a friend.
Share on Facebook Tweet Widget