Why Do Egalitarians Get to Write More About Phoebe?

Aimee Byrd
September 1, 2016
Todd has written a great article about no longer identifying with the complementarian movement due to its troubling teachings, but confidently being able to stand as a confessionalist when asked about his position on men and women and the church. Although most agree that this is a secondary order of doctrine, it does affect the way we worship and so there are some visible divisions in that way. However, because it is a secondary order of doctrine, and because I too stand on the platform of speaking from the confessions of the Reformed church, I do think that I can learn from egalitarians who hold to orthodox positions on first order issues of doctrine.
Before being accused of changing my confessional stance, I am not saying that I am becoming an egalitarian. I am saying that I can learn and be sharpened from particular writings from egalitarians---even when it comes to writing on gender.
And this is a weakness that I have seen among complementarians who demonize all egalitarians as people we should never read. Sadly, many of the topics I would like to learn more about are not written by complementarians. Today I want to introduce one.
Whenever men or women bring up Phoebe, complementarians get uncomfortable. And the Phoebe argument is a hot button issue when it comes to deacons. So this deacon issue can overshadow some other implications from this part of Paul’s epistle. Michael Bird writes about some of those in his little book, Bourgeois Babes, Bossy Wives, and Bobby Haircuts (is that not the best title ever?). In Romans 16:1-2, we discover that Phoebe serves as the envoy of Paul’s letter:
I commend to you our sister Phoebe, a servant of the church at Cenchreae, that you may welcome her in the Lord in a way worthy of the saints, and help her in whatever she may need from you, for she has been a patron of many and of myself as well.
Paul also describes her as a benefactor to him and many others. Bird expands on what the role of a letter carrier was in antiquity, as well as patron-client relationships. He asks some good questions:
If the Romans had any questions about the letter, such as: like “What is the righteousness of God?” or “Who is this wretched man that Paul refers to about halfway through?” then who do you think would be the first person they would ask? (20)
Bird raises another provocative question, suggesting the likelihood of Pheobe reading this letter to the Roman church. I don’t know, Scripture doesn’t tell us. I would imagine an elder of the church would do that. But given her relationship with Paul, and his trust in her to deliver this important epistle, I would agree that she had to at the very least be answering some questions. This is not a church officer role, but certainly involves teaching. Then he drops the doozy: 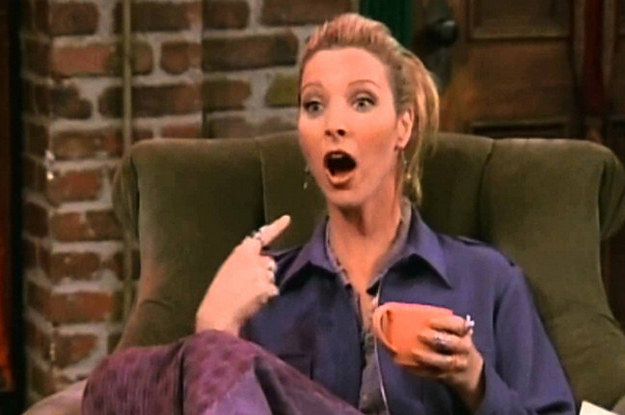 Think about it, people. This is Romans---Paul’s attempt to prevent a potentially fractured cluster of house churches in Rome from dividing over debates about the Jewish law. This is Paul’s effort to return to Jerusalem with all of the Gentile churches behind him. This is Paul’s one chance to garner support from the Roman churches for a mission to Spain. This is Romans, his greatest letter-essay, the most influential letter in the history of Western thought, and the singularly greatest piece of Christian theology. Now, if Paul was opposed to women teaching men anytime and anywhere, why on earth would he send a woman like Pheobe to deliver this vitally important letter and to be his personal representative in Rome? Why not Timothy, Titus, or any other dude? (21)
Recently, Bird posted this excerpt from Richard Longenecker’s NIGTC Romans commentary on his blog:
Phoebe had been Paul’s patron during his ministry at Corinth, had most likely heard from his own lips the contents of the letter as it was being formulated, and must have had some part in discussing with Paul and other Christians of that area at least a few portions of the letter – and therefore would have been in a position to explain to the Christians at Rome (1) what Paul was saying in the various sections of the letter, (2) what he meant by what he proclaimed in each of those sections, and (3) how he expected certain important sections of his letter to be worked out in practice in the particular situations at Rome. Probably Phoebe should be viewed as the first commentator to others on Paul’s letter to Rome, And without a doubt, every commentator, teacher, or preacher on Romans would profit immensely from a transcript of Phoebe’s explanations of what Paul wrote in this letter before actually having to write or speak on it themselves” (1064-65).
Yes, too bad we do not have that commentary, Phoebe on Romans. But there is a reason we don’t. Phoebe was not to overshadow the inspired Words of Scripture by any means. But her role in its delivery is not something to downplay. I wrote about it as well in my upcoming book, No Little Women:
Donald Grey Barnhouse writes, “Never was there a greater burden carried by such tender hands. The theological history of the church through the centuries was in the manuscript which she brought with her. The Reformation was in that baggage. The blessing of multitudes in our day was carried in those parchments.” (quoted in James Montgomery Boice’s Romans, 1913). Again, we see a woman sharing profound theology with God’s people. James Montgomery Boice points out that it was likely Phoebe had others traveling with her given the unsafe conditions for women to travel alone in the ancient world, which makes it all the more significant that she is the prominent one delivering the epistle. Phoebe was probably simultaneously traveling for business of some sort, which is why Paul would also tell the church in Rome to help her in any way she may need during her stay…
Paul does refer to Phoebe as his prostatis, translated patron. She was likely a prominent woman who assisted Paul with both social and financial means as a necessary ally in his ministry. Being that she is from a church in Corinth by a seaport, she may have assisted many who have travelled through the area with lodging and other means.
But in addition to Phoebe, Paul mentions eight other women in this section of greeting. “Moreover, five of these women---Prisca (v. 3), Junia (v. 7), Tryphaena and Tryphosa (v. 12), and Persis (v. 12)---are commended for their labor ‘in the Lord.’” (Douglas Moo, The Epistle to the Romans, 927). This list of greetings reveals something about Paul’s ministry and his relationships. He isn’t one of those theologians who would prefer to give someone a handful of money rather than spending so much of his precious time outside of his study.*  Paul’s ministry isn’t only about the sermons and the writing that he would so valuably contribute. He valued his relationships and depended on the work of many in his ministry. Among the many are women, “fellow workers in Christ Jesus” (16:3). We see these women functioning as ezers, or necessary allies, in provisional, hospitable, life-threatening, hardworking, nurturing, and loving ways, not through a peripheral wing of the household, but alongside of the men. This closing section of Paul’s epistle reveals a beautiful picture of the fruit of the ministry of Word and sacrament, doesn’t it? And this is just a small screen shot taken from the farewell closing of one epistle! (From Chapter 4, How the Church Ministers to Every Member).
These are not women that we should feel uncomfortable talking about. There’s a lot to learn here. I would love for more complementarians to be writing about this.
* A reference to a quote from John Cotton in Selma R. Williams, Divine Rebel (NY: Holt, Rinehart, and Winston, 1981), 95.
Share on Facebook Tweet Widget