When the Sexual Purity Movement Sounds the Same as LGBT Culture

Aimee Byrd
August 3, 2015
If I were to talk to you about the language of personal fulfillment and revolutionary expressions of sexual identity, you probably would think that I am referring to the LGBQ community. Or, maybe I am talking about the latest craze of cheating apps that married couples are using. But what if I told you I am speaking of the contemporary sexual purity movement?
Is this language okay to use when it is in the confines of sexual behavior that Christians support? And when we use terms such as “sexual identity,” are we even talking about behavior anymore?
I’m excited to air our upcoming Bully Pulpits for Mortification of Spin, where we discuss Rosaria Butterfield’s latest book, Openness Unhindered.  In it, she meaningfully addresses so much more than sexual identity and homosexuality because her focus is on life in Christ. But speaking as an ex-lesbian who helped build the LGBQ community that exists today, Butterfield 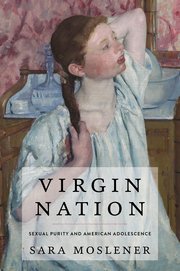 hashes out an easily overlooked point in the discussion: “Before you can resolve the issues of our day, you must be able to clarify them.”  Interestingly, I made some connections between the brilliant way Rosaria Butterfield clarifies the issues of our day and the critique Sara Moslener gave in her book Virgin Nation*, regarding the sexual purity movement.
I interrupt this article with an important announcement. I don’t usually write in caps, but I am going to go ahead and act against my own style for dramatic emphasis. I WHOLEHEARTEDLY ADVOCATE SEXUAL PURITY. I WOULD NEVER WANT TO INLUENCE ANYONE IN PROMISCUITY OR SEXUAL SIN OF ANY KIND. SEXUAL SIN IS A VERY BIG DEAL. Okay, back to your regularly scheduled post...
Butterfield writes, “Sexuality moved from verb (practice) to noun (people), and with this grammatical move, a new concept of humanity was born---the idea that we are oriented or framed by our sexual desires and different objects of desire made up separate species of people, and that self-representation and identity rooted now in sexual orientation, and not in the purposes of God for his image bearers…Prior to the nineteenth century category-invention of sexual orientation, no one’s sexual practice or sexual desire prescribed personhood or defined their personal identity” (97). She goes on to explain that both Christians and unbelievers embrace this form of self-identification. We are heterosexuals, homosexuals, bisexuals and transsexuals. Heck, we’ve even extended subcategories of metrosexuals and lumbersexuals to add style to our sexuality. Butterfield continues, “If I self-define as heterosexual or homosexual, I express that this deep and originating mark of selfhood presents itself in everything I do, from how I walk the dog in the morning, stir the pot of soup at lunch, and take the garbage out at night” (98).
This language presents sexuality as key to our identity. And it isn’t merely about how we behave, what we do, or even whom we are attracted to. It is about who we are at the core of our being. Sexual desires and decisions are now linked to other strange terms like human flourishing. And this is troubling. What happened to our identity as being made in the image of God? With that starting point, we then learn how we are affected by the fall, what God has done in Christ for our redemption, and what we are becoming. After reflecting on Psalm 139, Butterfield concludes, “Our identity is in finding refuge in God. Nothing More” (130). As a believer, I identify myself as in Christ, and this is glorious.
Okay, okay, but what does this have to do with the sexual purity movement? After tracking it’s history, beginning with first wave feminism, Sara Moslener examines the contemporary evangelical purity movement by taking a closer look at two organizations: True Love Waits and The Silver Ring Thing. I found some striking similarities in the language these organizations use with the language we hear in our overly-sexualized culture. The rhetoric is one-dimensional. And it sounds just like your typical psychological speak of “self-care, self-development, and self-improvement,” with the spiritual element as an add on, “authentic personal transformation is only possible with the assistance of Jesus Christ” (120). In promoting sexual purity, these evangelical movements are “position[ing] sexuality (and sexual transgression) within the trajectory of adolescent spiritual development” (121).
Moslener explains how the sexual purity movement markets itself as “the new sexual revolution…Claiming to be a sexual minority, sexually pure adolescents positioned themselves as new sexual revolutionaries owed personal respect and political voice.
“’So many of us are coming out of the closet,’ seventeen-year-old Lara McCalman told the New York Times on June 21, 1993. ‘I’ve had so much fun saying no. I’m a virgin and proud of it.’” (118). Doesn’t this language sound eerily familiar? Moslener continues, “Downplaying their commitment as a form of religious obedience, numerous young people portrayed themselves as defiant, independently minded individuals seeking personal fulfillment and the right to self-expression” (118).
As I was reading Virgin Nation, I realized how many evangelicals have moved from discussing sexual behavior as a fruit and outworking of being made in the image of God and Christian holiness, to focusing on sexual purity commitments as the core of our identity, our own sexual orientation that dictates how we walk the dog in the morning, stir our pots of soup for lunch, and take out the garbage at night. We have moved sexuality from verb to noun as well, from practice to people. And this decision-based, revolutionary orientation for the contemporary evangelical adolescent is couched in a soup of spiritual and psychological language that has become a church of its own. The ministry of Word and sacrament seems to be replaced with powerful personal testimonies, elaborate media productions, and silver rings. They even have their own Bibles. Meslener rightly concludes, “For evangelicals who focus more on personal spirituality than theological tradition for the formation of Christian spiritual life, private, sexual acts, rather than doctrinal statements, are sites for reinforcing orthodoxy, especially during the formal years of adolescence” (124).
Butterfield makes a great point in her book, “We can use words and word can use us” (114). Truth. As they say, you better check yourself before you wreck yourself. Maybe it would be better if we use the categories that God has already given us.
*I have a forthcoming review of Virgin Nation.
Share on Facebook Tweet Widget