What is Sunday School? What Does it Appear to Be? And Who Can Teach It?

Aimee Byrd
May 18, 2016
My cohorts and I had a rousing conversation on today’s podcast about women teaching Sunday school. As we were sharing our opinions, I realized we were kind of arguing in circles because we did not share the same view of the function of Sunday school. So, I thought I would expand on that a little more, and I’ve asked Todd to do the same in response.
On the podcast, Todd said that Sunday school in his church is set up in such a way that it makes an impression of the teacher giving exhortation with authority, like it would be done during a worship service. And yet, the other elements of the worship service, such as the call to worship, the singing, confession of sin and assurance of pardon, congregational prayer, the sacraments of baptism and the Lord’s Supper, the benediction, you get what I’m saying, are purposefully absent from Sunday school as to distinguish it from the worship service.
Of course, Sunday school does look very different than it did in its beginnings only a couple hundred years ago. It was first established in Britain, and eventually spread to the U.S., to teach overworked children affected by the Industrial Revolution how to read and write, with the Bible as the primary textbook. They were learning about the Christian faith as they were receiving a basic education. It was certainly not confused with the worship service, even as adults began attending and there was more mature exposition of Scripture.
This leads me to ask, why is it now?
While I don’t think all Sunday schools in every church need to have the same set-up, the way that we present it does matter. So that raises a lot of questions. Is a Sunday school class equivalent to a worship service? To this, all three of us would agree in the negative. Should we be setting them up that way? Some do give that feel. And Todd made a distinguishing point 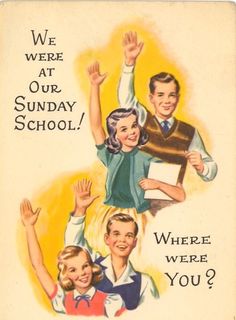 that his church is much larger than Carl’s or mine, and therefore the Sunday school classes are not as easily set up in a cozy, casual manner. If the class is to be like a worship service, then we are going to want someone who is ordained or on that track delivering the “sermon.” However, Todd isn’t so much looking for an ordained person, or someone who may be called to ordination in the future. He wants someone who is equipped to teach and who is a man, as to not cause confusion.
So let’s take a look at what is similar, that may cause confusion. There is a teacher. And that person is teaching from Scripture. Secondly, Sunday school takes place in the same building as the church. Thirdly, Sunday school occurs on the same day as the worship service, usually immediately preceding it. That leads me to two more questions: With these three commonalities, is it then too difficult for us to distinguish between Sunday school and worship? And, if we are unable to discern the difference, should we continue to have Sunday school at all?
If we are to continue providing Sunday schools in our churches, there are good reasons to purposefully distinguish between those Sunday school classes and our worship services. The call to worship carries a summons from God. We are not summoned to attend Sunday school in this kind of authoritative manner. The call to worship is a call from God, invoking a response. And the liturgy begins, as our Father in heaven is the host. So one function offers general teaching in the setting of a class, the other offers the sacrament of the preached Word in a worship service. If Sunday school classes do not have all the elements of a worship service, why would we want to mimic one?
And this is where it gets more interesting. The biggest concern for not having women teaching Sunday school is so that we do not give the appearance of a woman teaching with authority over a man (1 Tim. 2:12). However, there doesn’t seem to be a problem with giving the appearance of a worship service without providing all the elements in worship, which is the context in which God promises to bless us in Christ.
What kind of authority are we talking about here? Granted, some churches would have a problem with women teaching men even if it wasn’t confused with the worship service. But those who rightly want to protect the authority of the ministerial offices of the church, but do not go beyond the biblical parameters of headship and household may be undermining the very offices they are trying to protect. I agree with Todd that appearances are important. While I want to respect any equipped person that my elders ask to teach a class in church, I do not want him or her to have the appearance of carrying the same kind of authority as the elders. I want to be assured that every layperson is teaching under the accountability and guidance of the elder’s oversight. Because we do want to protect the household structures in God’s church, and we don’t want to host anything that would cause such confusion, we should aim to provide clarity on what the function of Sunday school even is.
That’s why I don’t like the “err on the safe side” argument that I often hear. Why would we be content with erring on any side? We should be upfront about the differences and work at presenting the appearance of what we are actually doing.
Here’s what we miss when we err on the safe side:
1) The emphasis of the ministry of Word and Sacrament and real authority given to the officers of the church.
2) An opportunity for the elders to help equip all laypeople, including the women, to be teachers, skilled in the Word of righteousness, and to become mature and discerning (Heb. 5:12-14). 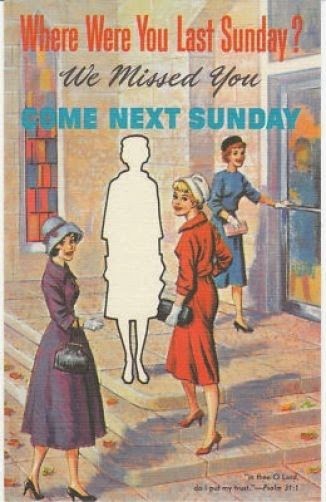 How can we help to encourage mutual learning between the men and the women in the church that trickles down from the ministry of Word and sacrament? This is where I see Sunday school functioning.
I’ve already introduced what I think is a very helpful teaching regarding women as ezer, or necessary allies. To be an ally, we have to be equipped to teach. One can learn from Hannah’s prayer and Mary’s song in Scripture and see that they were well equipped in the Word, as well as resolved and discerning women. Necessary allies should be competent allies. Women are major influencers in the household of God. We are teaching all the time, most often in many informal ways, just like laymen in the church. And when the elders notice a woman who exhibits more of a formal gift to teach, wouldn’t they want to take an active role in helping her to mature in that way? Doesn’t it adorn the ministry of Word and sacrament to have the responsible and prepared reflections of the laymen and laywomen, learning and teaching as an extension of what they have received? I experience this kind of help and encouragement from the elders in my own church, and it supports and shapes both my learning and teaching.
I could write a lot more about that, but sticking to the Sunday school topic, take a look at this conclusion from John Frame (offered to me by a reader once in my comments section) on the difference between women teaching from the special office in worship, and the general office in Sunday school. You will see that this presbytery report also agrees that appearances are important.
Since I know that Todd, Carl, and I all agree on the necessary contribution of women in the church, the need to equip them well, the special offices of the ministry, and the need to give proper appearances, I found it interesting that our perceptions about the function of Sunday school were really the main issue. And I’m looking forward to reading what Todd has to add or to differ from what I’ve suggested here.
Share on Facebook Tweet Widget