What I Learned from the Youngest Person in the Room

I had the honor of being the guest speaker at a women's retreat last weekend. Given the setting of the retreat, and the four different sessions blocked out for me to speak, I incorporated about a half hour or so after every presentation to break into small groups and answer discussion questions. I actually prefer this sort of interaction over the time that I am standing at a podium talking. I can get an idea of whether I am communicating my content well, and how the women are processing and applying the material. But they aren't the only ones learning. So am I. And last weekend I learned something from the youngest woman attending the retreat, a college student. I will call her Lottie.

Lottie has grown up in the church. She attended the retreat along with her mother, and was part of the small group that I participated in after my last speaking session. As I sat across from Lottie, I thought about my oldest daughter. I'm guessing Lottie was only around five years older than Solanna. She had the same blonde hair, pulled back in a pony, and she was sporting a pull-over. I thought about how beautiful her demeanor was as she sat there. Maybe Lottie was a bit intimidated by the input from the young moms and older women, but it didn't show. I saw that she had a relationship with these women, and it was clear that she had a good one with her mother. I would love the same for my relationship with Solanna, as well as her friendships with the women in our church, as she grows into a young woman.

One of the young moms made a point to include Lottie in the discussion by asking her a personal question. As I listened to her share in the discussion I wanted to get Lottie's input in an area that haunts me: how much of my past to share with my children. I've written about it before, and while I think I stand more on the "share" side, I find myself just not even wanting to go there. I'm finding that as my daughter talks about her friends and their drama, I recoil from even wanting to enter into that world sometimes. Since it fit well into the small group discussion we were having (well, okay, in a rabbit trail sort of way), I asked Lottie for her perspective. Did she think that being open with our daughters about our past, at the appropriate time, would help keep them from sinning? Or would they think that since we turned out okay, it wouldn't be a big deal if they dabbled in some of the same sin as well?

Lottie affirmed that she had a very close relationship with her mom. She revealed that her mom was pretty honest with her about some details of her past. And then she said what I kind of already knew, but needed to hear. In so many words, Lottie reminded me that my children are going to sin. While we certainly don't want them to sin, we do want them to be able to come to us when they do. She said that her mom's openness made it easier for her to talk to her about her own struggles.

I needed to hear that. Sure, I do not think it is okay for my children to sin. Never! Their father and I parent in a way that sets boundaries as hedges of protection. We don't want to make light of sin, and we do want to promote holiness at all times. But they will struggle with temptation, and they are sinners just like me. Have I provided an environment where they can tell me they are struggling? Is sin something that they will openly confess, or cover up while feigning the life of the good kid? I do hope that my children don't make the same mistakes that I made. And I do not think that every detail of my past is worth sharing.

But as I've said before, I care about credibility in the relationship. The glory for both my own  sanctification and my child's sanctification isn't in my perfect parenting or perfect image of my own past. I don't want to hinder the important truth about God's grace. Frankly, I am where I am now because despite myself, God has been gracious.

I need to be able to share that brokenness from my past as the very place God has used to show me my utter dependence on him for holiness. In turning from my sin, I was intimately reassured that his Word is true, that he is good. God is bigger than the perfect image I try to present to my children. His beauty shines through even in my mess.

We want our kids to be obedient, and there are consequences when they are not. But perseverance in the faith requires honesty. We aren't told to hold fast to our perfect life, but to our confession of hope. This is how we follow in obedience, and this is how we can get back up when we fall. Because God is faithful, we know we can turn to him in repentance.

The ragtag list of saints that have gone before us, recorded in Hebrews 11, is also a great comfort. That cloud of witnesses doesn't encourage me to make light of sin, but to get back up again and run toward holiness. God didn't hide their failings from us, afraid that we would think it okay to sin. His own faithfulness shows through in their weakness so that we can be encouraged to persevere in the faith without wavering.

So yes, if I share some of my past in an honest way, my children will see that their mom was a greater sinner than they thought. But God is faithful to his bride, and he gets the glory for me "turning out okay." I pray that my speaking from experience will encourage my children in holiness now. More importantly, I can point them to a Savior who was tempted in ways that we can't even imagine, and never sinned.  "For we do not have a high priest who is unable to sympathize with our weaknesses, but one who in every respect has been tempted as we are, yet without sin" (Heb. 4:15). Jesus knows temptation in a way that I never will, because he didn't succumb to it. And since he is our high priest, we are truly forgiven. But not only that, in him we have the power to actually obey. 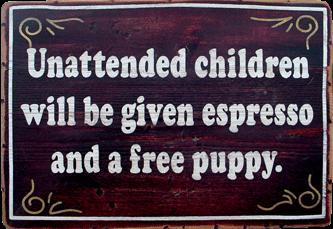