Aimee Byrd
April 10, 2015
Evangelicals have taken note that our culture has systematically wiped out the word “evil” from our vocabulary. But don’t be mistaken, Christians and non-Christians alike are still very much aware of malevolence. But instead of recognizing the evil one, the evil of sin, and the evil in our own thoughts and actions when they are opposed to God, we have taken the personality out of evil. Yes, at first those concerned about such narrow-minded things such as orthodoxy lamented the spin that all language of evil had been changed to  psychobabble.
But that song has been played so many times that less people are buying it. It seems that our problems are more profound than even a psychological diagnosis and we 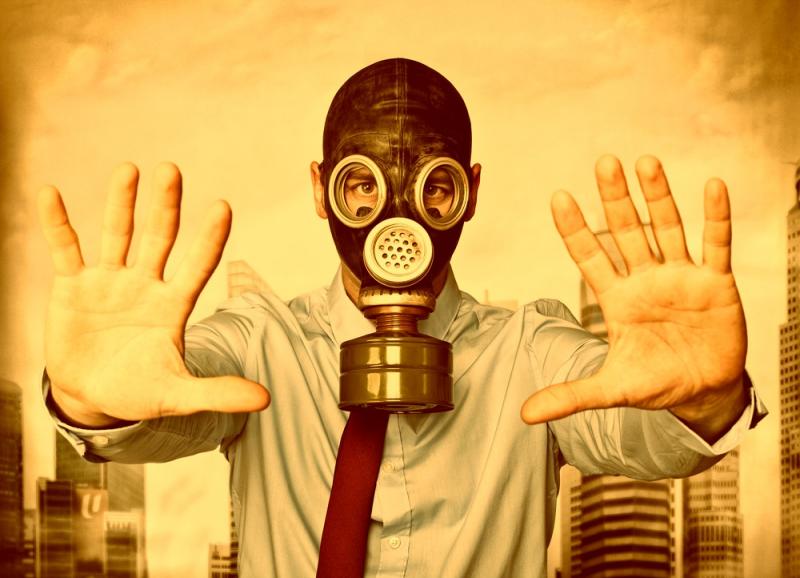 need a bigger playlist. It seems that no matter how hard we try to get better, something is still tirelessly working against us. And we found the perfect buzz-word to identify it. Now everyone is scratching the record to this explaination: toxic, t-t-to-to-to-toxic.
And now we have become a very suspicious group of people. Our fear is poison. It seems that everyone is out to get us.
Sure, there is a measure of truth in this trend, or else it would not be so popular. Proponents have issued a wake-up call to be more educated about what we are putting into our bodies. It’s good to raise awareness about our responsibility in health, as well as the responsibility for distributers to produce a good product.
But now everything is labeled “toxic” and I’m afraid we’ve lost the meaning of the word. While I have many personal reasons for wanting the world to boycott Starbucks (mainly because they make bad coffee), I’m not going to use the argument that their Pumpkin Pie Latte is toxic. Because it’s not. Sure, there’s way too much sugar in it, but it’s not even close to toxic levels, I’m sorry to say. While I agree that it is not a healthy drink, I’m pretty sure it’s going to take a lot more than 3 ½ teaspoons worth of sugar to poison me. One scientist* pointed out that in order to consume enough Pumpkin Spice Lattes to reach a toxic level of sugar, your body would already be poisoned by consuming a toxic level of water from the drinks. And to say that caramel coloring can cause cancer, well, you actually need the science to back that up---and we don’t.
What I see happening is that everything “out there” is evil, from Subway’s bread, to our pasteurized milk, to our shampoo. We are anxiously checking our labels and looking for better, natural, organic, non-GMO alternatives. We’re even using strange methods to detox our bodies, from marketed detox juices (that ironically contain more sugar that Starbuck’s PPL), to detox foot pad treatments.
In one way, maybe we are moving in the right direction. We have personalized evil a little more. We have noticed that something is after us and that we need to be vigilant against it’s forces. And yet once again I think we are being played for our ignorance about the true “poison” that is killing us (and our ignorance of actual science).
Evil isn’t only what is “out there,” but it is also within our own hearts. Sin is what’s killing us. And the effect of sin has put a curse on our sacred “nature.” That’s why we often need preservatives. Nature has lost it’s perfect goodness.
But we need even more than preservatives. We cannot detox sin. We can’t boycott our own hearts. Sin is personal. We are personally committing it and we have offended the only One who is good. We have ruined his good creation, not Starbucks or Subway or the scientists who invented vaccine technology. And we can argue about the best diets and the best exercises to fight against what is poisoning us, but we can’t fight the fact that as we try our best to be good stewards of our bodies, they are still subject to decay. The death rate is 100%. Not one of us will beat those odds unless the Lord returns first. And even then, we will need new bodies.
But the good news is that is exactly what is to come for all those who repent and believe in the person and work of the One who really did beat death. The very One who we have offended, God himself, came. He took on our weak bodies, faced our temptations, and endured real oppression, without sin. He lived in perfect righteousness, fulfilling all the law, and then faced the wrath of God for the sin we have committed. He put himself in our place so that he could give us his inheritance. That’s a social justice that we could never accomplish.
I find it strange that as a society we want to pick apart every ingredient and demonize every chemical (remember guys, water is a chemical…) but we are turned off by examining our own confession of faith. It is easy to be distracted by so-called toxins in the name of health and miss the true evil that is killing us all. And in effect, we miss the true Good. It’s not us and our activism against toxins. It’s the One who really is running the world, Jesus Christ.
I wish we would be as vigilant at fighting false doctrine as we are about fighting azodicarbonamide.
*Disclaimer: these links are not from Christian sources and one in particular has offensive language.
Share on Facebook Tweet Widget