Strachan's Rebranding of ESS is Not "Thunderously Good"

Aimee Byrd
May 9, 2019
One great consequence of the Trinity Debate of 2016, which started over the issue of CBMW leaders teaching an ontological, eternal subordination of the Son to the Father (ESS/ERAS) and then applying that to men and women, is a resurgence of classical teaching on the Trinity and on the  importance of biblical theology over and against Biblicism. However, even as the overwhelming consensus was that those who teach ESS are not in line with confessional Nicene trinitarianism, there never was any retraction of the teaching from CBMW or the from leaders who taught it. This is something that I wrote about in the summer of 2016, hoping there would be retractions, corrections, and even apologies.
Here we are, three years later, with the current president of CBMW positively referencing and linking to an article written by the previous president, Owen Strachan, in regard to some controversy in the Southern Baptist Convention on whether women should ever instruct the church body. There are many issues brought up in Strachan’s article that provoke discussion. One main one, that is not the focus of my response here, is that Strachan is not only arguing for male ordination, or even to keep women out of the pulpit---he denounces the woman’s teaching contribution in the church whenever adult males will be among the recipients, saying “there is no way for a woman to instruct the gathered church, whether in an authoritative or ‘non-authoritative’ way.” And he’s not only talking about corporate worship either. I have so much to say about this, way too much to cover in one article.
There’s also the question of Strachan’s account of Southern Baptist history. But I’m going to let that lie too…
What I want to address here, and what leads to his overarching conclusion stated above, is that Strachan’s argument is a rebranding of ESS. And it’s not subtle. Strachan’s argument rests on “divine order.” That might sound sensible at first, affirming a God of order. But pay attention to how he defines this:
The man is created first in the Old Testament, and possesses what the New Testament will call headship over his wife. Adam is constituted the leader of his home; he is given authority in it, authority that is shaped in a Christlike way as the biblical story unfolds.
Again, I am going to hold myself back from addressing Strachan’s understanding of headship, his use of the word possess, and his reading a hierarchy in creation. (Sam Powell’s articles here and here is a start.)
Strachan begins the “divine order” with male hierarchy/authority in marriage, and then explains how that transfers to spiritual leadership:
On the basis of a man’s domestic leadership, men are called to provide spiritual leadership and protection of the church (1 Timothy 2:9-15).
And then the kicker of all: he says that hierarchy is another word for divine order. He speaks of those who disagree with this divine order:
In evolutionary thought, there is no maker. There is no design. There is no telos (end) for humanity…
They know there are men and women, but they have heard little about divine design. But this design, this order, is vital. Grounded in theistic ontology itself, it is the very bedrock of Christian theology and the Christian worldview. You could say it this way: there is order in the home; there is order in the churches; there is order in the world God has made.
Where he writes “divine design”, Strachan links to his book co-authored with Gavin Peacock, one that was never retracted when under attention during the Trinity debate for its direct teaching of ESS and application to man and woman’s “corresponding” ontology as embodiments of authority and subordination. (He also links to his new book on a theology of mankind.) In case that was too subtle, 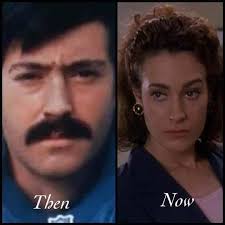 Strachan spells it out for us, saying that this particular divine design, this vital order, is grounded in theistic ontology itself…the very bedrock of Christian theology. He is not talking about processions here, since he made himself clear that hierarchy is divine order. ESS is “divine order.” Divine order is ESS.
Nothing has changed except the spin. Complementarians, is this really the voice you want to represent your views of men and women---and even more importantly, the Triune God? This is the fruit of endorsing this teaching and then not pushing for the retractions.
I do want to say something about order and creation. Man is created first. Strachan answers the question of why woman is created second, and why God even created woman and not just another man in the most reductionistic way as he praises God’s design. He makes it about hierarchy. Is that why woman is the glory of man (1 Cor. 11:7)?
Strachan is right about how we need to think about the telos of humanity. And this is exactly what God shows Adam in the creation of Eve. Mark Garcia has written well on this important topic:
The LORD could have created man and woman at the same time, but he did not, and the creation of woman second, rather than being a sign of inferiority to the first, is in Scripture an eschatological marker: the second is the glory of the first. She is created to be his eschatological glory. Instead of reducing her, it elevates her.
As my friend Anna put it, who has been a great conversation partner on hashing out all of this:
Woman as second represents the glorious second order. The goal of redeemed humanity is pictured in the prophets as domesticated and bucolic, feasting and reclining. We are gathered and nurtured by God, like a hen gathers her chicks. It is homecoming after war, where swords are beaten into plowshares. Yet what woman represents is descriptive, not prescriptive in this life. Deborah goes out to war, yet because she is a type of the second order, this is not normative. But she has not sinned.
Rather than reduce God’s word and say woman is created second because she is subordinate, we need to see the whole redemptive story God is telling here. Woman was created second from man’s very side as his glory, meaning, when Adam sees Eve, he sees his telos as the bride of Christ, the church flowing out of Christ’s wounded side. Back to Anna:
Woman images the peace and nurture of the eternal city. Man, the guardian and protector of sacred space, images Christ who defeats all of his and our enemies and takes his bride.  And yet these are descriptive, not prescriptive categories.  Ruth protects and provides for Naomi and takes her husband, Boaz. Paul is a nurturing mother, and Christ is mother (a picture Yahweh in the OT), longing to gather her chicks. We cannot absolutize these as prescriptions and prohibitions.
So we don’t have to reduce Mary Magdalene’s act as a mere witness. The Lord Jesus Christ authorized her to go be an apostle to the apostles, as she has been known throught church history. We don’t downplay the women Paul calls co-workers, or the church planters, the prophets, or the ones who risked their necks for him. Like the picture we see in Romans 16, we can be thankful for men and women co-laborers serving under the fruit of the ministry with reciprocal voices and dynamic exchange. Not all contributions in the church are hierarchies. How can the men in the church grow in the teleological understanding of their humanness, as part of the collective bride of Christ, if they cannot learn from or be influenced by women?
Again, I haven’t even touched on the issue of ordination, and barely spoke of the additional notion regarding all the areas where lay men and women are responsible to instruct in the household of God. These are two separate, but connected issues that require much more space. I'm not saying Beth Moore should preach on Mother's Day. But why don’t complementarians go to Gen. 2:16, and start with the “keep/guard” vocation given to Adam and work from there, rather than reading a fictional hierarchy in creation? And why not embrace, in gratitude, woman as ezer, a corresponding strength and necessary ally in their joint mission, and a picture of his eschatological glory? Woman is an embodiment of this glory, a typology of the waters of life that we see the bride calling us to in Revelation 21:17. There are two ways of being human, man and woman. This calls for communion and reciprocity. Yes, there is order. And we can talk about the disagreements of where everyone stands on ordination, etc. But let’s not settle for calling a rebranded ESS teaching of the sexes “thunderously good.”
Maybe we should all first focus on what our bedrock of Christian theology is.
Share on Facebook Tweet Widget