Aimee Byrd
April 21, 2016
I saw this troubling phrase in some tweets during last week’s conference for the Council for Biblical Manhood and Womanhood. It provoked that all to familiar, “What does that even mean?” response in me. And today there is an article on their website written by Jason Allen that uses the phrase, and attempts to explain what that means.
First, I want to say that I don’t intend to write as much as I do about complementarianism as it is being taught in Reformedish circles. I have other things I’d like to write about. However, I find this teaching dangerous to the church, to men, women, and children, and there doesn’t seem to be many willing to ask questions or challenge the propaganda. I do see something like “sanctified testosterone” as propaganda. If you read this article in full, you will see that the underlying message is that if you don’t support this brand of complementarianism, this call for sanctified testosterone, then you don’t see the very real importance of gender distinction and God’s design for men and women in the church. It also paints a picture of a church that is not going to flourish without the “reappearance of men.”
There are so many statements in this article that I find troublesome, so I think the best way to approach this for the sake of brevity is to provide some quotes in italics with commentary following:
Many churches are bereft of male leadership, and many congregations exist in a settled fog over what biblical manhood should look like. As to the first part of the sentence, that is a sweeping claim. Maybe it’s true? It isn’t my experience in my church. But I’ll take him at his word. As to the second part, I agree. But this article may be a reason for that.
Even within the church, much of the teaching on manhood has sent us toward two different, unhelpful poles. I agree. He goes on to illustrate those two poles as overly-feminine traits men should take on versus machismo and strong arming. 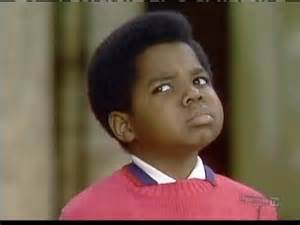