Aimee Byrd
June 3, 2017
The MoS team just finished a prerecording discussing Heritage Christian School’s handling of the teenage pregnancy of Maddi Runkles, a senior with a 4.0 grade point average and the now former president of the student council. It will air on June 14th. Maddi, along with the rest of the students at Heritage, signed a contractual pledge that she would abstain from premarital sex, drugs, and alcohol. So the pregnancy reveals that not only did Maddi sin by having premarital sex, she also broke her pledge to the school.
Runkles is repentant for her sin. She is a young woman who professes Christian faith and is active in her church. She asked her school board for forgiveness when she confessed her sin and revealed her pregnancy. One understandable way the school reacted to the news of her pregnancy was by stripping away all of her leadership positions. Being that this is a Christian school with high moral standards, I can see how a moral failure like this would disqualify her for a time from leadership in the high school. But the further actions of the school seem beyond the scope of how to treat a repentant young woman who is taking responsibility for her actions. She was not allowed to be on the school campus at all during her pregnancy. This means that she could not even attend her brother’s games, she would have to complete the rest of her class work at home, and although she would receive her diploma, she could not walk with her classmates at the graduation ceremony. She has, however, after confessing her sin to the whole student body and asking for forgiveness in great humility, regained the right to attend her classes and I think attend her brother’s sports events as well. But she still cannot walk with her classmates at the graduation ceremony. 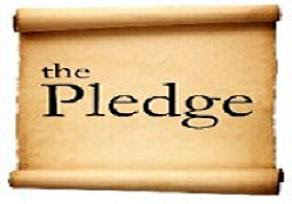