Questions Regarding Girls, Testosterone, and Wrestling

Aimee Byrd
February 22, 2017
A couple of years ago, while writing about a transgender man trying to compete as a woman in Mixed Martial Arts, I commented that I think we are going to see more clashes between LGBT rights and women’s rights. And it continues. You really see this happening in women’s sports. 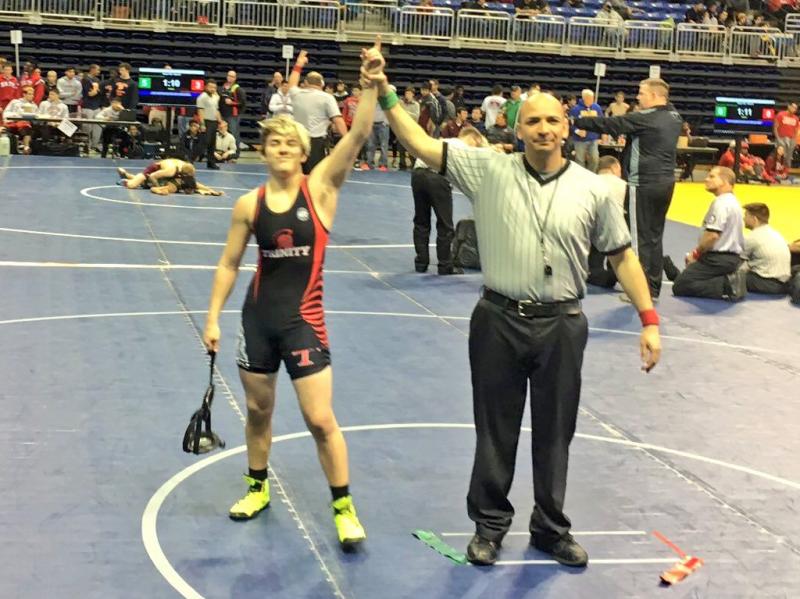 The most recent news story is that of a female wrestler who is transitioning and identifies as a male. The league rules prohibit her from competing against males, as she wishes to do, so she is competing as a female while using testosterone. Mack Beggs has been using testosterone since 2015. Dallas News reports:
Mack Beggs, a transgender 17-year-old at Euless Trinity, won the girls 110-pound championship at Saturday's Class 6A Region II wrestling meet after a Coppell wrestler forfeited the final. Beggs, a junior, is taking testosterone while transitioning from female to male.
The strange part is that Mack is not allowed to compete with the males, whom she identifies with, but is allowed to compete against females while on steroids:
The Texas Education Code and UIL rules prevent steroid use, but the code has a "safe harbor" provision that allows a student to use steroids if they are "dispensed, prescribed, delivered and administered by a medical practitioner for a valid medical purpose."
Nancy Beggs said the wrestler's medical records were sent to the UIL before the 2015-16 season and again before this season, and Mack was approved to compete.
A spokeswoman for the UIL said the organization cannot comment on specific cases but reiterated the safe-harbor provision in a statement to The News.
So now these female fighters with female hormones are left to either forfeit, as two already have in this Regional meet, advancing Mack to the State finals, or wrestle someone with an unfair advantage. But the coaches and athletes didn’t choose to forfeit merely because Mack has an unfair advantage. They know that they would also be risking injury against an opponent who is using strength enhancement hormones that are against the rules for all the other young men in the league to use. The other young male competitors cannot use these steroids to feel more manly or to strengthen their muscles while competing. They would be disqualified. But Mack can use them and wrestle young women.
Mack’s grandmother and guardian commented that these forfeitures were about “bias, hatred, and ignorance.” But from all accounts, even the upset parents are not trying to make this conflict be about Mack’s decision to transition to a male, but about the safety of their players on the mats and fair competition. Eleven days before this meet, parent Jim Baudhuin filed a lawsuit against the University Interscholastic League “urging the governing body to suspend Beggs because of the use of the steroid.”
Baudhuin also said his suit had nothing to do with Mack Beggs being a transgender male.
"I respect that completely, and I think the coaches do," Baudhuin said. "All we're saying is she is taking something that gives her an unfair advantage. It's documented. It's universal that it's an unfair advantage."
But that’s not enough. Are we supposed to sacrifice the safety of our own daughters? Whose rights win, the LBGT’s or the women’s? And when do women’s rights stop being women’s rights? What measure of testosterone changes that?
This was brought up in the 2016 Olympics as two males who had the transition surgery to female were given the okay to compete as long as their testosterone levels were below a certain level. This of course still leaves the biological differences that are very real unfair advantages when men and women compete in sports.
So we can expect to see more and more of this clash of rights in female sports.
When it comes to sports, how we feel on the inside doesn’t cut the mustard. So whose rights are we going to protect? We need to begin asking the question, do decisions have consequences and for who? What might a person transitioning to another sex expect as a trade off in competitive sports? Do they get to have it all at the expense of those competing with their natural biological make-up? Do they get to identify as men but compete as women? Does sex reassignment surgery really level the playing field? And how can we be fair in sports, even protecting our women from unnecessary injury, and loving to LGBT individuals? How can they be loving to natural women?
Share on Facebook Tweet Widget