Aimee Byrd
February 23, 2016
“Just think positive.”
“Sending positive thoughts your way.”
What is behind statements like these that are so often given in encouragement? Laura Martin has written a book showcasing how the New Thought movement has undermined Christianity. “New Thought believed in a mystical power of thoughts that could alter our outward reality” (xi). Martin highlights this movements roots in the occult, mystical, and Eastern religious beliefs. 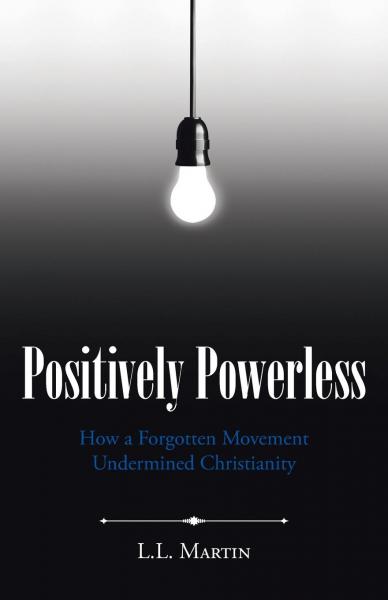 Positively Powerless is an introductory book to the movement, written for a popular audience. The reader will learn the most about the roots of this movement and how it seeped into evangelical circles in Chapter One, "Thou Shalt Not Be Negative." Martin pinpoints the Protestant pastor Norman Vincent Peale as a popularizer of positive thinking notions in the mid-twentieth century. But she then peels back the layers all the way to eighteenth century Europe to get to the origins of the movement. One interesting thing I learned is where we get the term mesmerized. Franz Anton Mesmer “theorized that all of life contained an invisible fluid---an unseen energy---that he called ‘animal magnetism’” (4). He worked to put people in a trance-like state to recalibrate this supposed energy imbalance. This is when it was observed that people in this trance-like state were susceptible to suggestion, leading to the practice of hypnosis.
This was my favorite chapter, as Martin traces how this occultist and mystical movement so powerfully entered into American evangelicalism through key figures and books, to the point where we are all affected. She then outlines why this positive thinking movement is in conflict with orthodox Christianity. It raises some good questions about how we think about God, ourselves, and the Christian life. She unmasks the positive thinking movement in Christianity, exposing its lack of power to deal with real life suffering and our true need for redemption.
Martin then moves on in the book to discuss why Christians have been so susceptible to this movement and to present the good news of the gospel. Our own pride, self-absorption, desire for immediate gratification, therapeutic and prosperity-driven culture, and false piety make us easy prey for clinging to enticing teachings on the power of our mind and false optimism. The power of positive thinking is powerless to deal with our real problem of sin and the struggle for a Christian living in between the already inauguration of Christ’s kingdom and the not yet of its consummation. Martin doesn’t combat the positive thinking movement with negative thinking. Rather, she calls the reader to biblical discernment, teaching a realistic thinking that is saturated in the truths laid out for us in Scripture. In this, she highlights that it is God’s glory that we need, not our own.
Positively Powerless is a short, unintimidating read that will open your eyes to the pervasiveness and powerlessness of the positive thinking movement. As I was reading, I couldn’t help but crave a more academic version, further examining the movement and it’s penetration into the Christian faith. I think that the author is capable of writing such a book, but kept to her key points to introduce the movement and pinpoint how it has affected our thinking, thus hopefully reaching a wider audience. Martin provided a biblical worldview with which to contrast it and to equip the reader to then use discernment when encountered by the language of the movement. It whet my appetite to learn more.
Share on Facebook Tweet Widget