Aimee Byrd
June 3, 2019
Last week I had the pleasure of reading New Testament Scholar, Paula Gooder’s responsible work of historical imagination, Phoebe: A Story. In this historical fiction, Romans 16 comes alive. It begins with the last words of the letter to the Romans, “…to the only wise God, through Jesus Christ, to whom be the glory forever! Amen.” Phoebe is anxiously trying to get a feel of the response, as Stachys---whom you may recognize from Paul’s greetings in 16:9---is finishing his reading of the letter aloud to a gathering of people from the Roman house churches.
The reader hadn’t so much read the letter as performed it---his voice thundering in the opening paragraphs, thoughtful and careful in the middle, before dropping to a gentle, careful greeting at the end. As she awaited the Roman’s response, Phoebe’s anxiety grew and grew. In Corinth, Paul’s letters did not---to put it mildly---meet with universal acclaim. The receipt of a letter from Paul usually led to what the gentle and generous Gaius euphemistically termed a time of ‘vibrant discussion’; a ‘discussion’ that often ended when one group or another walked out and refused to return. So Phoebe had, unconsciously, held her breath as she waited to discover what form the reaction would take. She had prepared herself for almost anything, except for this: a deep 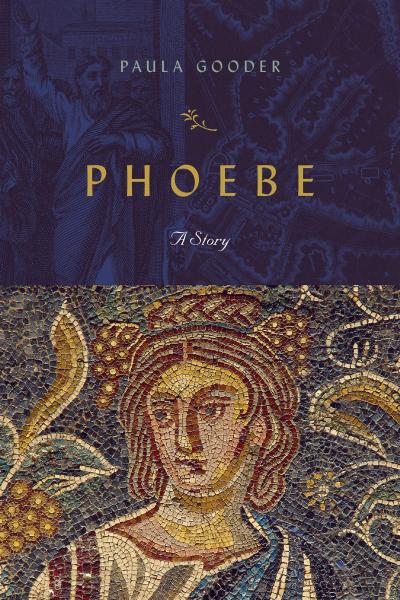 silence. The quiet was such that the chirping of the cicadas felt stridently intrusive.
What does happen next? Paula Gooder combines biblical scholarship with historical imagination to help us enter that world, particularly through envisioning the life of Phoebe. In this, she weaves a story of how Phoebe ended up being a patron, what her life was like before she became a believer, the reasons she agrees to make this trip to Rome to deliver Paul’s epistle, how she aims to answer the questions the Roman Christians have about the letter, the time that she spends in Rome, the relationships she builds, and where she is going next. It is an excellent story. I don’t want to give away any of these details so that any interested readers can discover them turning the page as I did. But here are a few things I loved about the book:
• Phoebe’s status in the church is often either downplayed or lionized. Gooder makes her a person again---one who is dealing with her sinful past and struggling with boldness in her faith, while also equipped to answer theological questions about Paul’s teaching. I love her character development throughout the book, and her relatability for any Christian striving to live a life of faith and obedience.
Here are a few caveats:
I recommend this book as a great summer read!
Share on Facebook Tweet Widget