Maybe It's Because You Believe in Nothing 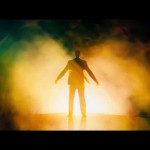 So someone Matt and I care deeply for was sitting at our kitchen bar the other day talking about the new TV series “Cosmos: A Spacetime Odyssey.” If you are unfamiliar, this is a follow-up to Carl Sagan’s popular series “Cosmos: A Personal Voyage.” This person, whom I will call Betty, is a confessing Christian. As she was asking Matt if he has been following this “fascinating” show, Matt asked her how she reconciled the claims of Cosmos with Christianity, especially our doctrine of creation. Betty responded with a vague answer affirming her Christian “faith,” while also open to what science uncovers. Well, I’m certainly a supporter of science, but you can’t just pull together your own ideology and call it science. While this series is operating under the ostensible purpose of “present[ing] science in a way that has meaning to you that can influence your conduct as a citizen of the nation and of the world--especially of the world,” the facts told in its storytelling “vehicle” are questionable. For instance, in the first episode, the heretic Giordano Bruno is painted out to be persecuted by the church for his devotion to science. I would refer you to this article written by Thomas McDonald, in which he concludes, “If you want to depict Bruno as a martyr for pantheistic cabalistic hermetic occultism, be my guest. But he was not a martyr for science.” It's increasingly peculiar what people are calling documentaries these days. And I am bewildered how so many are quick to believe every word they hear on these things. The reasoning goes something like, "It's a documentary so it must be true." Is a little research too much to ask? But I’m not really writing to talk about the latest in so-called scientific television series. When Matt and I were discussing our beloved Betty’s comments, we talked about how bewildering it is that someone who claims to seek intellectual integrity has no problem believing everything. Betty has a history of reading books that are in complete contradiction to the content of Scripture, and totally missing the conflict. Everything seems to be enlightening to Betty. Of course, you can learn from unbelievers. But you have to read and view material with discernment.  Two opposing claims cannot both be true. One has to be wrong. The thing is, if you believe in everything, you really believe in nothing. You hold to no particular truth, and what you call “faith” is just an empty feeling that can be easily replaced. But real faith has content. And so Paul speaks of the ministers Christ has gifted the church with so that we can attain unity in God’s Word, acquiring true knowledge of the faith, maturing in Christ, “so that we may no longer be children, tossed to and fro by the waves and carried about by every wind of doctrine, by human cunning, by craftiness in deceitful schemes” (Eph. 4:14-16). Why are there so many who claim to be Christians who refuse to take a stand for truth? Perhaps it is because they prefer sentimentality over truth. There’s a word for that, but it isn’t faith.
Share on Facebook Tweet Widget