Gladd to Recommend this Book

Aimee Byrd
December 3, 2019
Benjamin Gladd excels in taking big theological ideas and presenting them in succinct, digestible, and teachable ways. He helps turn academics into real life questions with personal significance. And in his latest book, From Adam and Israel to the Church: A Biblical Theology of the People of God, he wants to talk about the great value in which each person is created to bear the image of God as a prophet, priest, and king in his family. From the start Gladd explains that his purpose in writing is “not polemical. My main concern in this project is to examine the nature of the people of God from Genesis to Revelation through the lens of being in God’s ‘image.’” What does it mean to be a part of God’s family?
Gladd begins by showing us that in creation, we see that God made the heavens and the earth as his cosmic sanctuary where he sovereignly rules, with Adam and Eve being the crown of creation. Created in God’s image, they are both “to rule as kings on his behalf, to serve and mediate his glory as priests, and to embody and teach God’s law to one another as prophets” (20). God shares an intimate communion with Adam and Eve in the garden of Eden, but even in his perfect creation there is an eschatological goal to expand God’s presence and glory among the earth, to produce godly offspring, and to keep his commands and subdue evil. With God’s full presence being in heaven, they looked forward to an incorruptible earth in incorruptible bodies, where God would descend in his 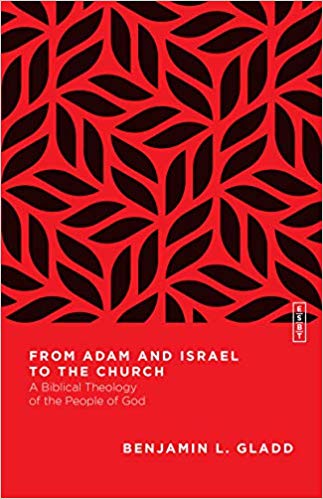