Aimee Byrd
April 20, 2016
When it comes to relationships, the contemporary usage of the word head usually has a silent honcho at the end of it. And that really isn’t anything new. Even in antiquity, the head of state or household had greater status and priority over the body. In her book Neither Complementarian nor Egalitarian, Michelle Lee Barnewall explains, “The head played perhaps the most critical role in the survival of the body. As a result, a vital concern was to protect the head at all costs” (155). The people would valiantly sacrifice themselves, by the thousands if need be, to protect their beloved king. Barnewall quotes Seneca: 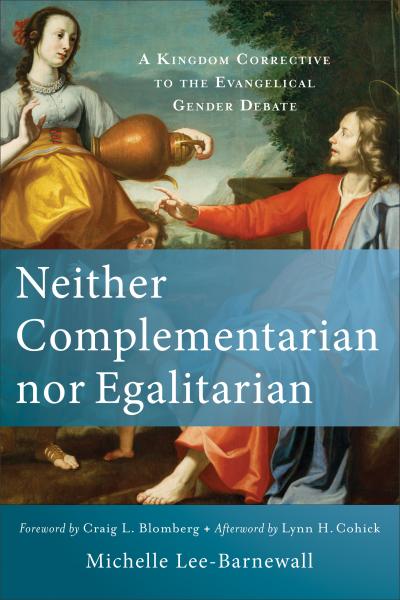 In his defense they are ready on the instant to throw themselves before the swords of assassins, and to lay their bodies beneath his feet if his path to safety must be paved with slaughtered men; his sleep they guard by nightly vigils, his person they defend with and encircling barrier, against assailing danger they make themselves a rampart. (Clem. 1.3.3)
…Nor is it self-depreciation or madness when many thousands meet the steel for the sake of one man, and with many deaths ransom a single life…(Clem. 1.3.4). (155)
As it was the duty of the people to protect the head at all costs, self-preservation was a priority of the head, knowing that the “common good” of the people was dependent on his welfare. Lee-Barnewall introduces a second aspect to the tradition of the head explaining that, “as ruler, [he] was not called to be the one who loves but rather was more deserving of being loved” (156). So the self-sacrifice of the people for his security was an act of their love for their ruler. He was the head honcho. “The superior physical placement of the head was symbolic of its leading role in the body and resulted in specific behavioral expectations for both parties” (156).
This history, and I think our own natural defaults in thinking, is why Ephesians 5:21-33 is meant to be a shocking portion of Scripture. Barnewall comments that “we would expect Paul to instruct the wife, the body, to be willing to sacrifice for the husband, the head” (157). This would be the common way of thinking and make rational sense to the audience. However, Paul then teaches a complete kingdom reversal. “The husband as the head is called to give himself up for that wife as his body, just as Christ gave himself up for the church, which is his body. Furthermore, where normal expectations would have the body being the one to love the head, Paul states that the husband as head is to love his wife as body as Christ loved the church” (157).
Paul does show care for household order among Christians in a culture that was very concerned with honor and hierarchy, and where the order in a household was considered a microcosm of society. So when he refers to the husbands as the head and charges wives to submit to their husbands, there’s no surprises to the reader. But then he drops the doozy. The role of headship in Christ’s kingdom is a complete reversal to what they know. “While this behavior would be shameful in the larger culture, it was considered honorable in God’s economy. This is why it is imperative to note that Paul connects the husband’s actions with Christ” (158). And this is how he is to maintain unity in marriage, which has always been the primary duty of the husband.
What are the main themes in the creation account? Authority? Leadership? Equality? Are these the words that most correspond to our sexual design and our relationships in marriage and the church? Lee-Barnewall challenges the way we read into the Genesis account with our own arguments by asking the reader to look at it in a literary perspective. She notes what is central to the text. There is to be unity between Adam and Eve. Barnewall concludes:
What “authority,” “leadership,” “equality,” and “rights” have in common is that they often highlight the individual over the community and God himself. What their reversals share is the potential to guide us to greater acknowledgement of God’s sovereignty and a recognition of God’s ways in which the willing sacrifice for the other through the denial of self-interest results in unity and love. (177)
So taking a literary look at the Genesis account, she makes some points. The dominant themes are holiness, unity, and obedience to God. And God has chosen to reveal to us in Scripture his specific instruction to Adam about his responsibility in the marriage relationship. We are told that “Adam provides the source for Eve’s creation, and he is the only one told to bring unity to the relationship. He is the one who discovers that he needs Eve, not the other way around” (143). And yet, Adam does the opposite. Furthermore, after they sin, Adam objectifies his wife by blaming, “The woman whom you gave to be with me” (Gen. 3:12). He doesn’t say “It was Eve’s idea.” No, he refers to her as the “woman”, which is the far from displaying intimate union.
But we see from Eph. 5:21-33 that unity is still the husband’s primary duty. “Now the responsibility of the man manifests itself in giving himself for his wife rather than abandoning or blaming her, and thus imitating that last Adam rather than the first” (144).
Many will be disappointed that Lee-Barnewall doesn’t answer the big questions in her book about women in the ministry. She begins her book explaining that isn’t her aim. But I think what she does do is invaluable to the discussion no matter what your stance on complementarian and egalitarian issues are. There’s so much written about authority and submission, putting everything relational under these categories. Where are the books written about the honorable, sacrificial love of the head? "Christ's humility is a defining aspect, and not simply a qualifier. The uniqueness of eschatological headship lies not in modification but in reversal and paradox" (164). I think one reason why we may be lacking in this kind of writing is that the men who are living it (and there are many) don’t draw attention to themselves about how sacrificial and loving they are. Whatever the case, Ephesians 5 is just as shocking to our preconceived notions today as it was to its original audience. There’s no place for the honcho in Christian relationships.
Share on Facebook Tweet Widget