Aimee Byrd
May 2, 2019
One of the fruits produced by the Trinity Debate of 2016 is renewed focus on the teaching of the Cappadocian Fathers of the 4th century: Gregory of Nyssa, Basil the Great, and Gregory of Nazianzus. Their theological works are pivotal in upholding an orthodox confession of the church, particularly in their work on the Trinity which led to the revised version of the Nicene Creed finalized at the First Council of Constantinople in 381. Interestingly, Gregory of Nyssa wrote two books on his and Basil’s older sister, Macrina, giving us a bit of the story behind the story of their contribution to the church. As Lynn Cohick and Amy Brown Hughes point out, there is much theological work underneath these theological books, creedal statements, and councils. We see some of that in what Gregory shares about his 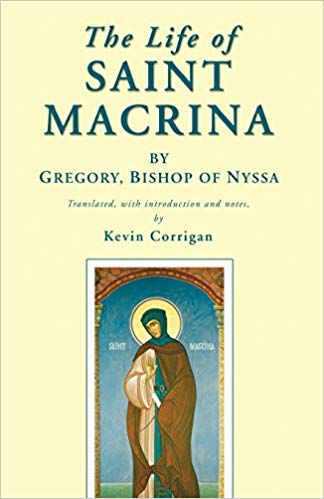 sister. The Life of St. Macrina is his tribute to his sister after her death, and On the Soul and the Resurrection takes artistic liberty in writing about their conversation at her deathbed in philosophical, Socratic style. In this deep metaphysical and theological conversation on the nature of the soul, virtue, the resurrection, and beatific vision, Gregory is the pupil asking provocative questions, and Macrina is “the Teacher” imparting her great wisdom. In this genre of writing, the reader isn’t expected to believe this was the literal account of their conversation. But Gregory is sharing something about the impact and teaching in which his sister shaped his own life and theology.
Possibly the oldest of ten siblings, four of which are well-known, Macrina devoted herself to the Lord in a life of celibacy and to her family and community. Although content to modestly serve the Lord within the ascetic community she established, Gregory wanted the world to know about her great character, love of God’s Word, and teaching which really affected the future of Christ’s church. She was the backbone of the family. He shares instances in their adult lives where his older sister separately rebukes Basil for his pride and Gregory for his ingratitude, showing how they heeded her warnings and were the better for it. He portrays her as a philosopher on the level of Socrates. He compares her to the legendary Christian virgin, ascetic, martyr Thecla who was a follower of the apostle Paul. He explains that rather than live according to the wealthy lifestyle her family was accustomed, she persuaded her mother to join her in “put[ting] herself on equal footing with…and to share common life with all her maids, making them sisters and equals instead of slaves and servants” (26-27). When their father died around the same time their last brother was born, Gregory tells us that “she became everything for that child, father, teacher, guide, mother, counselor in every good,” raising him with a rigorous philosophical education. He describes Macrina as the clear-headed leader through grief when the family lost their godly brother Naucratis, having a “firm, unflinching spirit.” Not only that, when their beloved Basil died, Gregory says “she stood her ground like an undefeated athlete, who does not cringe at any point before the onslaught of misfortune.” He portrays her as a spiritual guide and teacher to their family and community, “to the highest limit of human virtue.” She’s self-sacrificing, loving, strong, learned, wise, and always seeking the face of Christ. Her service is not only domestic, but deeply intellectual and theological.
Gregory of Nyssa speaks briefly of his deathbed conversation with her in his tribute:
…my soul seemed to be almost outside of human nature, uplifted as it was by her words and set down inside the heavenly sanctuaries by the guidance of her discourse…
And were it not that my narrative was stretching out to infinity, I would record everything in order and way it happened: how she was lifted up by her discourse and spoke to me of her philosophy of the soul; how she explained the reason for life in the flesh, for what purpose man exists, how he is mortal, what is the source of death and what release there is from death back to life again. On all of these subjects, as if inspired by the Holy Spirit, she explained everything clearly and logically, her speech flowing on with complete ease as water is borne from some fountain-head downhill without anything to get in its way. (35-36)
As he attempts this in On the Soul and the Resurrection, we see this male, in an even more direct way, take on the female voice to tell us the story behind the story---the story behind the strength he and his brothers had in their own work; the story behind their resolve to combat heresy and uphold a proper confession of the faith; the story behind the Niceno–Constantinopolitan Creed and the female voice that lurks behind it. By taking on his sister’s voice, Gregory is showing us more of the picture. “Thus we hear Macrina’s voice in Gregory’s theologically attuned writings and instructions on the monastic and ascetic ideal” (Cohick and Hughs, Christian Women in the Patristic World, 160). Her knowledge, strength, and resolve contributed to the work of her brothers. No, St. Macrina 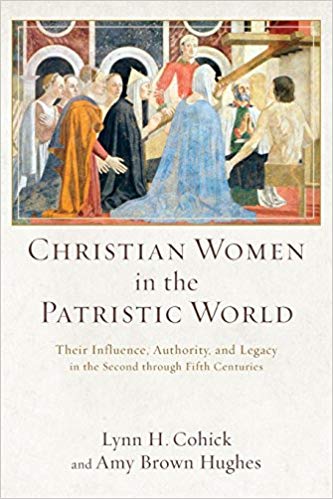 was never made a Doctor of the Church, but we see from Gregory’s writings that “woman’s theologizing is fundamental to the development of Christian thought and should not be relegated to the fringe or regarded as a concession prize at best.” (Christian Women, xxviii ).
Macrina is a tradent of the faith, communicating God’s Word and sharing communion in it. To her brothers she is “the teacher,” while Gregory makes her contribution visible to the church, revealing the story behind the story with her voice.
In reading The Life of Saint Macrina over again yesterday, I thought about how Macrina’s life is such a picture for the church, one that ever lived to behold the face of God, one that discipled and produced teachers of the Word, one that revealed the fruit of righteousness through discipline and suffering, the bride of Christ---strong--- joining him in exalting the humble, speaking to the fathers. She leads us to sing that song of songs that we all long to sing, “I am my beloved’s and my beloved is mine.”
Share on Facebook Tweet Widget