Unbelief is not a virtue 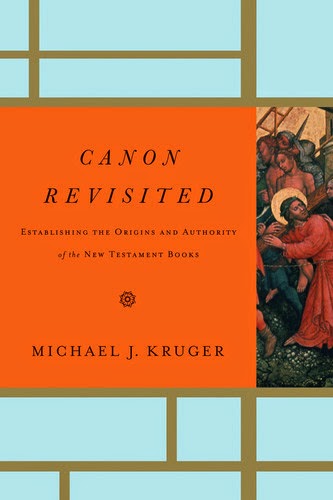 Dr. Krueger is a Professor of New Testament and President of Reformed Theological Seminary in Charlotte, NC. He is also author of the enormously helpful Canon Revisited and The Question of Canon. In addition he is proprietor of one of the best blogs going - Canon Fodder.

Recently, Dr. Kruger began a series of posts in response to Dr. Pete Enns' series over at Petheos. Dr. Enns, formerly of Westminster Seminary is now teaching at Eastern University (presumably more amenable to a lack of confidence in the Scriptures). It is a sad thing to see the devolution of a man's faith played out on social media. Appropriately, Dr. Enns entitled his corner at Patheos "Rethinking Biblical Christianity." Once you get past the stunning hubris of the title, it is clear that Dr. Enns' project is not merely to deny the inerrancy of Scripture but to change the way we think about Christianity itself. I suppose he deserves credit for understanding that once you throw out confidence in Scripture, a redefinition of Christianity becomes necessary.

I am thankful that men like Michael Kruger, Greg Beale, Darrell Bock, Andreas Kostenberger, and others are not content to sit back and yawn at a fellow scholar's zeal to popularize skepticism and unbelief among ill informed evangelicals.
Share on Facebook Tweet Widget