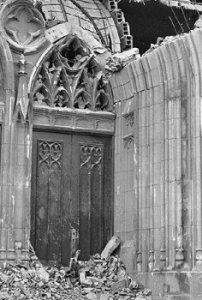 “For centuries the church stood solidly against every form of worldly entertainment, recognising it for what it was — a device for wasting time, a refuge from the disturbing voice of conscience, a scheme to divert attention from moral accountability. For this she got herself abused roundly by the sons of this world.

“But of late she has become tired of the abuse and has given over the struggle. She appears to have decided that if she cannot conquer the great god Entertainment she may as well join forces with him and make what use she can of his powers. So today we have the astonishing spectacle of millions of dollars being poured into the unholy job of providing earthly entertainment for the so-called sons of heaven. And hardly a man dares raise his voice against it.”