Todd Pruitt
May 28, 2015
By now you have no doubt heard the troubling news concerning Josh Duggar of the immensely successful television program 19 Kids and Counting. Many others have weighed in already. It is an important story not least of all because it gives the church another opportunity to think about how it should react to sexual abuse. I wanted to wait a few days before making my thoughts any more public than my own living room.
In no particular order, I do believe it would be helpful for us to consider the following:
1. Sexual abusers are found among Christians, atheists, Muslims and Mormons. They are found among liberals and conservatives. Sexual abuse occurs in traditional households and leftist communes. When a well-known Christian or famous atheist falls to sexual sin or is found to be guilty of sexual abuse there is no room for boasting from any camp.
2. Sin is birthed in the heart long before it is coveted with the eyes or acted upon with the body. Surrounding Josh Duggar with girls clad only in ankle length denim jumpers could not have kept him, or anyone else, from lust.
3. The church and Christian families must never tolerate or in any way seek to cover up sexual abuse. Among Christians, sexual sin which does not violate the law can and should be dealt with through the means of church discipline (Matt 18; 1 Cor. 5). Illegal sexual activity, however, is never an in-house matter for the church. Christians are to be subject to the governing authorities. That means Christians are accountable to God to report any sexual abuse to those authorities God has entrusted to administer justice (Rom 13:1-7). A failure to do so is a sin both against God and the victim.
4. That God can and does bring beauty from ashes should never be used as a covering for the guilt of an offender. That God promises to work all things together for good for those who love and are called by Him must never be used to diminish the horror of sexual abuse and the pain experienced by the abused. It is therefore bad form (a gross understatement) for an abuser or the family of an abuser to publically rejoice in all the “good” that God has brought about through the abuse.
5. The church must never demand that victims of sexual abuse quickly forgive their abuser. It is worth noting that in the Bible forgiveness is always (always!) predicated upon repentance. The church needs to understand the unique nature of sexual abuse. It is a profoundly heinous sort of crime and the victims must therefore be cared for in a way that reflects the horror of what they have suffered. That means they must be protected from their abuser. For some this may mean never having to be physically present with the abuser again. For others it may mean giving victims considerable distance in time before counseling them to consider forgiveness and this only in response to repentance. It must also be understood that forgiveness, especially in cases of sexual abuse, is not a simple one-time event. For the victim, forgiveness is typically a long and painful process. And while the mercy of Jesus certainly offers both the rationale and the power to forgive, the victims must never be expected to move through this quickly.
6. Beware of your virtue. I was always more than a little uncomfortable with the way that the Duggars were presented as models of virtue. Who among us can withstand such garish displays of our own decency? I am not suggesting that we abandon any notion of piety or public morality (1 Peter 2:12). Far from it! Rather, I am suggesting that celebrity based upon one’s own morality is a dangerous arrangement.
7. There are families around the world who suffer the pain of knowing their child has committed sexual crimes. But God is gracious beyond our imagining. Jesus is a Redeemer of people and the damage we do and that which is done to us. I hope Josh Duggar knows this. I hope his parents and siblings know this. But it seems to me that among the various ways of appropriately responding to the sorrow of having a sexual abuser in your family, running for public office, signing a contract for a reality TV show, and presenting one’s family as moral exemplars would not be among them.
8. Our witness does not ultimately rest upon lives without sin and families without failures but upon the power of the gospel of Jesus. While it is certainly true that there ought to be a visible congruence between what we proclaim and how we live, this congruence will be, for as long as we are south of Heaven, incomplete at best.
Share on Facebook Tweet Widget 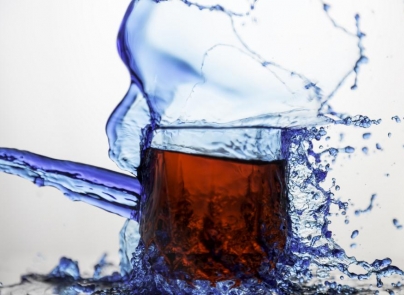