The Deceitfulness of Sin 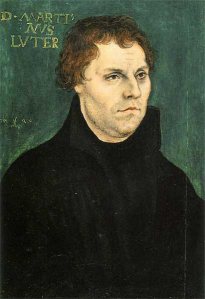 "Take care, brothers, lest there be in any of you an evil, unbelieving heart, leading you to fall away from the living God. But ﻿exhort one another every day, as long as it is called “today,” that none of you may be hardened by the deceitfulness of sin."
- Hebrews 3:12-13

It is rightly called the deceitfulness of sin because it deceives under the appearance of the good. This phrase "the deceitfulness of sin" ought to be understood in a much wider sense, so that the term includes even one's own righteousness and wisdom. For more than anything else one's own righteousness and wisdom deceive one one and work against faith in Christ, since we love the flesh and the sensations of the flesh and also riches and possessions, but we love nothing more ardently than our own feelings, judgment, purpose, and will, especially when they seem to be good. For the same reason Christ said, when he healed the paralytic at the Pool of Bethesda, that it was impossible for such people to be able to believe: "How can you believe who receive glory from one another?" (John 5:44). Why are they not able to believe? Because the "deceitfulness of sin," that is, the love of their own righteousness, blinds them and hardens their heart. Yet at the same time they think it a good thing to glory in their own righteousness and be pleased with it, though that indeed is the very worst of all vices, the extreme antithesis of faith. Faith rejoices and glories in the righteousness of God alone, that is, in Christ himself.
- Martin Luther

I can relate disturbingly well with what Luther writes. As much as I don't like to think of myself in these terms, there is too much of the Pharisee in me. It is often times subtle. But pride in good behavior is an ugly thing. As much as my theology tells me the opposite and as much as I resist it I still see the snake of self-righteousness slither into my heart and mind. It's not that we should be uninterested in works of righteousness. Quite the opposite. Our lives ought to abound in good works. The problem however, at least in my own heart, is that those works can easily become an occasion for boasting. And by boasting I do not mean open braggadocio. The boasting takes the form of a kind of faith; faith that I am okay with God because of my good behavior; faith that so long as I am more well behaved than others then I am doing well.

To the untrained mind that may not sound nearly as bad as certain other sins. But to the God who sent His Son to be my subsitute; to cover my sinfulness with His righteousness, it is a particularly noxious kind of wickedness for it tramples on the very grace by which I am saved.

"Wretched man that I am. Who will deliver me from this body of death? Thanks be to God through Jesus Christ our Lord!"
- Romans 7:24-25a
Share on Facebook Tweet Widget