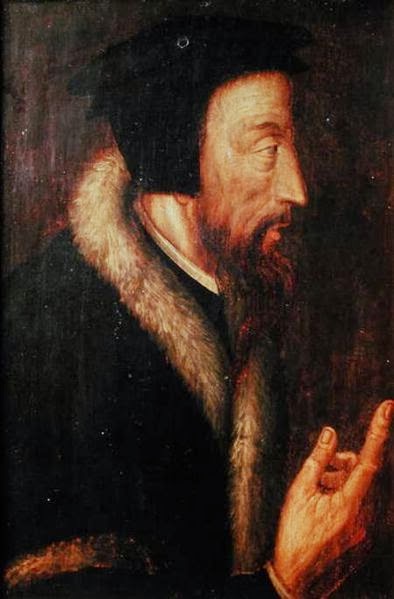 The Young Restless and Reformed movement which sprang to prominence in the early 2000's has received much praise and much criticism. Certainly a few of the more public personalities associated with the YRR have been a bit, shall we say, goofy. However I remain grateful for the YRR. I cannot help but wonder how I would have benefited if the many books and excellent preaching to come out of the YRR had been available when I was in university or seminary.

Of course, with any movement that gains steam quickly, there will be those who hop on quickly only to jump off later. Such is the case with Austin Fischer, author of "Young, Restless, and No Longer Reformed."

Over at Ref21 Kevin DeYoung has written a thoughtful and quite helpful review of Fischer's book.

It's worth noting the chronology in Fischer's journey. He became a Calvinist in high school (p.8) and started rethinking his Calvinism already as a freshman in college (p.19), which is not a lot of time to explore the depths of the Reformed tradition. That doesn't mean he wasn't sincerely Reformed and couldn't understand the basic contours of election and reprobation, but it does put his "deconversion" story in context. Fischer was given a John Piper book in high school and became Reformed "kicking and screaming." He then went to the University of Mary Hardin-Baylor (hardly a bastion of Calvinist ideology methinks) where he began to question Reformed theology. Following college, he went to Truett Theological Seminary where, judging by the acknowledgements, Roger Olson was something of a mentor to him. None of this makes Fischer's story suspect or his arguments illegitimate. What it does mean is that this is not the journey of a lifelong Calvinist or a deeply entrenched Reformed thinker who threw in the towel, as much as it is the story of ana earnest young Christian who didn't grow up Reformed, was never trained to be Reformed, but who embraced Reformed soteriology for a short time as a teenager before he found a better alternative in the Arminianism of his esteemed professors.

I believe Fischer has tried hard to be fair with Calvinism. He does not make ad hominem arguments. He does not take cheap shots. But despite these good intentions, Fischer's arguments suffer from a lack of familiarity with important distinctions frequently cited in the Reformed tradition. For example, Fischer suggests that Calvinists believe that when people are raped, maimed, murdered, and tortured that God ultimately did those things to them (p.21). What's missing here is an awareness of the distinction between remote and primary causes. No Calvinist I know would say God rapes people. God is never the "doer" of evil. Arminians may not find the distinction compelling, but Reformed theologians have always made clear there is a difference between God ordaining what comes to pass and the role of human agency in actually and voluntarily performing the ordained action.