Todd Pruitt
September 22, 2015
All good churches, all good movements, and all sound doctrines eventually attract a few outliers now and then. Calvinism, the pro-life movement, and even the OPC all have their loony hangers-on. This is also the case with complementarianism.
Before I go any further let me establish my bona fides…
I am committed to the clear biblical teaching concerning leadership in the church and home. God’s Word establishes that spiritual leadership in the church is provided by elders, an office to be filled by qualified men. Likewise, it is the husband’s responsibility in the home to provide spiritual leadership through Christ-like sacrificial love. I have little time to debate with those who deny these clearly biblical patterns of leadership.
Also, gender matters. God created mankind male and female in his image. Men and women are alike and different in ways that make marriage and child-raising possible. The complementary design of husbands and wives makes it possible for marriage to be a reflection of Jesus’ relationship with his church (Eph 5).
These are positions held by all of us here at Mortification of Spin. And yet, it seems that holding to those biblical teachings is not enough to be considered a real complementarian. In fact, you may even be a stealth feminist.
So, some of us complementarians are wondering if complementarianism is morphing into patriarchy. If so, then a lot of us will need to come up with a different way to identify ourselves. If being a complementarian means believing there are genuine problems with a woman offering a man directions then we will need a new name. Maybe something like "menandwomenaredifferentanditsagoodthing."
Since various people across the interwebs have accused Carl and Aimee of being liberals, feminists, and even zinfandel aficionados it occurred to me that those rather strange reactions could possibly be chalked up to the shock that someone had publically disagreed with John Piper. But maybe it is also because the rather exotic teachings of Patriarchy are taking hold within complementarian circles.
Perhaps I am naïve. I have always assumed that complementarianism simply affirmed what the Bible states about male leadership in the church and headship at home. I was not aware of the fact that in order to be a proper complementarian one had to worry over the possibility of a woman giving driving directions to a man. That said, I was relieved to discover that a woman can possibly be a city planner so long as no men are aware of it. In that case they would be able to stop at a Stop Sign with a clear conscience.
So, a few questions for my fellow complementarians:
1. Is it a sin for a woman to run for public office?
2. Is it a sin to support Carly Fiorina’s run for the Presidency? If a woman offering directions to a man is possibly problematic then how can it not be a sin to support a woman in public office?
3. Are adult women who are unmarried obligated to live in their father’s home under his authority?
4. Is it generally advisable for women to not pursue a college degree?
5. Is it a sin for a woman to write a blog? (I include this question because we have heard from some complementarians who believe it is a sin for Aimee to write a blog on the chance that a man may read it. Not kidding).
6. Are military conquest and colonization apt metaphors for the physical union of husband and wife?
7. At what point is it no longer appropriate for a woman to be a teacher? In other words, is it a sin for a woman to teach 18-year-old males? What about 17-year-old? Is it a sin for a woman to be an instructor for male university students?
None of these questions are meant to be cheeky. These are serious questions that I think ought to be answered by those who believe that the complementarianism espoused by Carl and Aimee is too thin. Because if “mainstream” complementarianism looks like Douglas Wilson or Jim Bob Duggar or Bill Gothard then we have a problem.
Update:
That didn't take long.
One blogger has already accused me of writing that anyone whose views of complementarianism extend beyond the church and home is a loon. Of course, a simple reading of my post would correct that notion. I included three names to help readers such as that blogger understand specifically whose views were particularly troubling. There are complementarians whose views are more comprehensive than mine for whom I have a lot of respect. The three of us at Mortification of Spin probably have different opinions on the comprehensiveness of complementarianism. However once we start worrying that women city planners present a problem because men will be required to stop at their stop signs, well, that's a bit...crazy.
Share on Facebook Tweet Widget 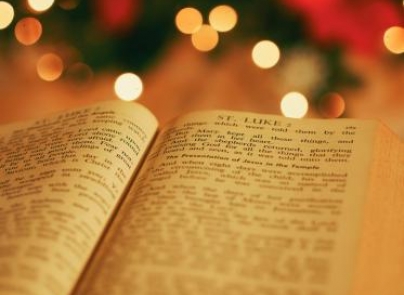 Son of Adam, Son of God

The Rise and Triumph of the Modern Self - Part 2 Podcast