Mark Jones has written a review of John Frame’s review of James Dolezal’s fine book entitled All That Is In God. 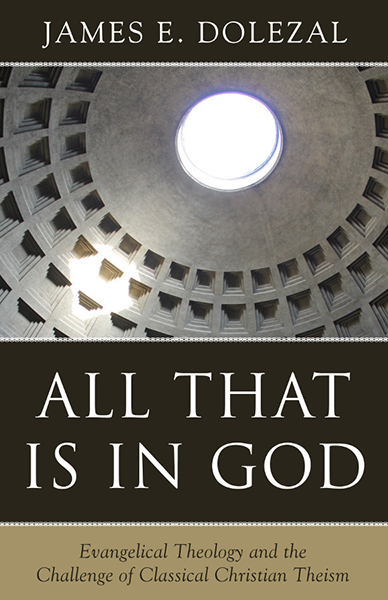 For good reason, Jones is puzzled by some of the statements in Frame’s review. Jones points out the rather uncomfortable fact that some of what Frame writes simply does not make sense. For instance:

I may be missing something, but this by Frame makes no sense to me:

It seems Frame is putting Dolezal on the horns of a false dilemma. Why can we not, with pretty much every Reformed theologian in the 16th-18th centuries, say that both are true? God does not change in his essence and the Son literally did become flesh. There is essence-appropriate language and persons-appropriate language. These are not mutually exclusive positions, but actually prove that you can hold to divine immutability and also speak of “God” (i.e., the God-man, Jesus Christ) in ways that are truly/literally anthropomorphic.

Jones includes this sobering, but I believe, entirely called-for assessment of theology in the 20th century:

Theology in the 20th century was, in my estimation, a dunghill upon which there are occasional diamonds peeking out of the manure. Liberalism, Neo-orthodoxy, and a bastardization of Reformed theology have brought us full circle to the problems that plagued the Reformers and their heirs hundreds of years ago.

More specifically, the recent ESS/ERAS doctrine is one offspring of this revisionist approach to the doctrine of God, and it is not only a doctrine of God and a Trinitarian error, but also a Christological error. Quite frankly, I don’t care about what consensus someone can build in favor of the ESS theology; it needs to be called out for what it is: a theological aberration where the tail (complementarian fancies) is clearly wagging the dog (the Trinity).

Theological mutabilism, as advanced by some, is closer to Socinianism than Reformed orthodoxy. It is hard not to be sympathetic to a large number of Dolezal’s critiques when you consider that many of the theologians he critiques adopt a Socinian method and approach to theology that masquerades under the guise of being biblical.

I would be remiss if I did not include Jones’ final statement which left me unsure if I should laugh or cry. So I did a bit of both:

In the end, I am glad to see this debate happening. The Reformed Baptists are debating the doctrine of God; the OPC is debating Republicationism; and the PCA is debating the legitimacy of men dancing in tights during a worship service. Well done to all.

You can read the entire review HERE.