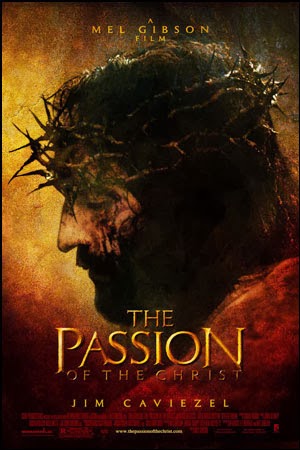 Once again we are being told that a movie is going to present the church with an amazing evangelistic opportunity. Rick Warren is on the job once again even after his assurances prior to The Passion of the Christ did not exactly pan out. The pastor of Saddleback Church will be producing small groups material to coincide with Mark Burnett's soon-to-be released film The Son of God. The material is being published by Broadman & Hollman, a Southern Baptist publisher.

Don't believe the hype my friends. I know evangelicals love the spectacular, but we should have learned our lesson by now. When will we finally believe in the sufficiency of God's Word?

I would have more to say on the subject but Tim Challies says it better than I. Challies warns that among the lessons we should have learned from the hype surrounding The Passion is that God's Word is the sufficient means by which He produces faith in the heart of the unbeliever.

The first caution is that The Passion caused us to look away from Scripture. This is ironic, of course, since The Passion was based on Scripture (plus a bit of imagination and a dash of Roman Catholic tradition). The fact is, though, that God saw fit to give us the Bible written, not displayed. He choose to give us a book, not a film. Those who pushed churches to embrace The Passion as a once-in-a-lifetime opportunity made all kinds of promises, and many of those promises were based on the media. They claimed that by putting the old message into a new media it would come alive to a whole new generation and would do what preaching would not or could not. Many churches looked away from Scripture, even if only for a few weeks, and put their hope in a film.

The second caution is that The Passion took us off-mission. There is nothing more central to the church than the preaching of God’s Word. There is nothing that cuts deeper or builds stronger than the Bible faithfully taught. There is nothing we should expect God to use more powerfully than the preaching of his Word. Every revival in days past—every true revival, at least—has been a revival sparked by and carried on through preaching. We should have no expectation that God will accomplish through a film what he has only promised to accomplish through preaching. Too many churches veered off-mission when faced with the opportunity of The Passion of the Christ.