"He was worth a hundred of his fellows"

J. Gresham Machen died of pneumonia on January 1, 1937 while on a trip to Bismarck, North Dakota. He was there to teach and preach in an effort to shore of the strength of the congregations in the newly established Orthodox Presbyterian Church. 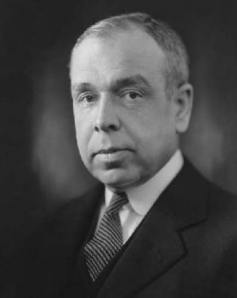 Upon news of Machen’s death tributes poured in from around the world. Many were notable. Several however were (and are) especially noteworthy because of the authors. One was composed by H.L. Mencken the famed newspaperman and outspoken atheist and opponent of Christianity. Nevertheless, of Machen, Menken wrote in the Baltimore Sun:

He saw clearly that the only effects that could follow diluting and polluting Christianity in the modernist manner would be its complete abandonment and ruin. Either it was true or it was not true. If, as he believed, it was true, then there could be no compromise with persons who sought to whittle away its essential postulates, however respectable their motives.

Thus he fell out with the reformers who have been trying, in late years, to convert the Presbyterian Church into a kind of literary and social club, devoted to vaguely good works…

His one and only purpose was to hold it resolutely to what he conceived to be the truth faith. When that enterprise met with opposition he fought vigorously, and though he lost in the end and was forced out of Princeton it must be manifest that he marched off to Philadelphia with all the honors of war.

Another notable eulogy came from Pearl S. Buck the famed novelist and Presbyterian missionary to China. Machen had made clear his opposition to Buck because of her abandonment of the gospel and denial of the need for conversion to Christ. Nevertheless Buck wrote:

We have lost a man whom our times can ill spare, a man who had convictions which were real to him and who fought for those convictions and held to them through every change in time and human thought. There was power in him which was positive in its very negations. He was worth a hundred of his fellows who, as princes of the church, occupy easy places and play their church politics and trim their sails to every wind, who in their smug observance of the convictions of life and religion offend all honest and searching spirits. No forthright mind can live among them, neither the honest skeptic nor the honest dogmatist. I wish Dr. Machen had lived to go on fighting them (emphasis mine).