Charlottesville and the Mission of the Church 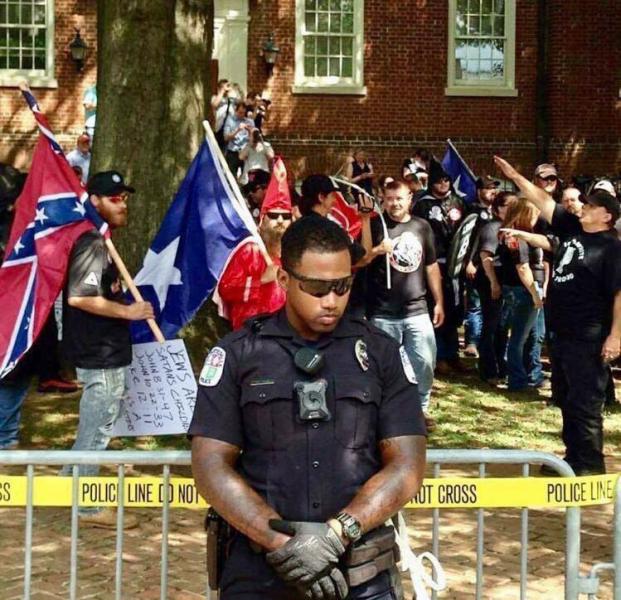 On Saturday August 12, 2017 Charlottesville, Virginia was scarred by violence and hatred as white supremacist groups gathered to rally for their cause. Not surprisingly counter-protestors gathered as well. Some of the counter-protests were peaceful. Others were not. The mix led to an inevitable explosion of violence.

Tragically, one man, in an act of murderous terrorism, plowed his car into a crowd of people injuring 19 and killing one woman. And to heap tragedy upon tragedy two Virginia State Police Officers were killed in a helicopter crash.

The “triggering” event for this protest was the proposed removal of a statue of Robert E. Lee. But the fact is, the decision to remove the statue did not produce the hate which was on display. It merely provided an excuse for those already occupied by hate to put it on proud display.

The presence of counter-protest violence – as sinful as that was – does not change the fact that Christians must denounce white supremacy, white nationalism, and resurgent Nazi-ism. These things are wicked and dangerous. It makes me sick to my stomach to see men dressed in Nazi garb, waving Nazi flags, offering Nazi salutes, and chanting Nazi slogans. Our country offered up scores of thousands of lives in Europe to defeat that ideology.

I was disappointed by President Trump’s hopelessly vague denunciation of the violence in Charlottesville. Christians must not be similarly vague when it comes to public evil. Whether it is spousal abuse, abortion, the present sexual chaos, or racism the people of God must be clear. Sin – especially those sins which damage and destroy image-bearers of God – must be publicly denounced. The public conscience must be pricked by the sharp point of truth.

At this point some of you must surely want to raise the fact that plenty of counter-protestors came armed with pepper spray, home-made flame throwers, and other weapons. That is true. Such behavior ought to be condemned without qualification. Local authorities will hopefully hold accountable those individuals connected to the so-called “Antifa” and others who acted out violently. And, yes, it would be nice if left-wing violence received the same level of media attention and public backlash as that from neo-Nazis. But unfortunately a world which holds the left accountable does not exist. And, no, the sorts of anti-white rhetoric regularly flowing from groups like Black Lives Matter does not help. It would be nice if the Reformed African American Network (RAAN) would condemn anti-white rhetoric. Alas…

Racial bigotry belongs to the same species of sins as abortion because it denies full human dignity to certain individuals and entire groups. It holds that there is such a thing as lesser humans. It is the wicked ideology which fired the ovens of Auschwitz. Therefore there is no appropriate way to say of what was on display in Charlottesville in the Nazi salutes and racist chants, “I disapprove, but…”

Racial bigotry or any sense of racial superiority is an atheistic false doctrine. It denies the witness of Scripture which holds that all humanity bears the image of God (Gen. 1:27) and thus possesses equal dignity. It also denies the vital connection Paul makes in Acts 17 – “And he made from one man every nation of mankind…” (vs. 26). We are all connected through a common lineage. Little wonder that the Nazis and Margaret Sanger were so enamored with Darwinism which denies our common ancestry.

Racial bigotry also vandalizes the great Christian hope that in the age to come all of those whom God has gathered to himself from every nation, tribe, and tongue through Jesus Christ will assemble around the throne of the Lamb.

After this I looked, and behold, a great multitude that no one could number, from every nation, from all tribes and peoples and languages, standing before the throne and before the Lamb, clothed in white robes, with palm branches in their hands, and crying out with a loud voice, “Salvation belongs to our God who sits on the throne, and to the Lamb!” (Rev. 7:9-10)

The answer to racial bigotry is not an amalgamation of left-wing critical theory and the gospel. The two cannot be harmonized. Nor is it appropriate to respond to white nationalism with black nationalism. The answer is a message. It is the same message Paul brought to the Corinthians; a message which seemed then and will seem today foolish and weak (1 Cor 1:18-2:5). There has never been a generation which looked upon the proclamation of the gospel as relevant and powerful. But it is through the message of the cross that God shows up the weakness and folly of the world’s power and wisdom.

We must not now succumb to those who say that the gospel is not enough. We must not experiment anew with the proven failures of the so-called social gospel. Are there vital implications which flow from the gospel? Implications which inform our words and guide our actions? Most certainly yes! But our answer to the hatred of Nazis must be the same as that given to homosexuals, adulterers, the greedy, drunkards, and the self-righteous. What is called for above all else is the message of the cross.

The church is at her best when she offers the one thing the world cannot: the gospel of Jesus Christ.

Those who gathered in Charlottesville waving Nazi banners and chanting “blood and soil” are lost souls. They are not to be hated but pitied and prayed for. Their minds and hearts have been seized by our ancient foe. Their sin is worthy of condemnation. But who among us can claim that hate has never occupied a seat of honor in our hearts? Who among us can say honestly that we have never thought of ourselves as somehow superior to someone else? We may be sophisticated enough to not put our sins on garish display. But does that make us more innocent? Before God saved us were we any more fit for grace than the pitiful souls who chanted “blood and soil” in the streets of Charlottesville?