Do some pray more effectually than others?

mjones
February 3, 2015
Do all professing Christians pray with the same efficacy? Does our godliness or lack thereof affect our prayers in terms of the influence they have on God to answer them?
There is no question, our sin can hinder our prayers (Ps. 66:18; Prov. 28:9; Isa. 59:2; Jn. 9:31; James 4:3; 1 Pet. 3:7).
So if sin can create an invisible barrier between God and his people or an individual, what about the opposite?
When we speak about the prayers of a righteous man in James 5:16, for example, I believe we are not speaking necessarily of every single professing Christian. (Though every Christian can and must approach the throne of grace in the name of Christ). James seems to be addressing something different. He likely has in mind the idea that some Christians possess a peculiar efficacy in their prayers because they are peculiarly godly. These people have great faith and possess a gift for praying fervently and frequently. Not all Christians have the same gift for fervent prayer in the Spirit. If he did not mean that, he might simply say, "pray for yourself."
Think about this from the perspective of Christ, the man of prayer par excellence.
Christ's prayers were effective for several reasons. He prayed fervently and frequently, always in faith. But he also understood the will of God. Long before Christ, Elijah prayed for rain to be withheld. He did not request this because it seemed a good idea to him. Rather, he offered his petition based on the Scriptures: God threatened various curses against his people, including drought (Deut. 28:22, 24).
James mentions the exemplary "prayer of a righteous man," Elijah, to show that such a petition "has great power as it is working" (Jas. 5:16). If Elijah remains such an example for us, how much more Jesus in his earthly prayers.
In John 17, Jesus asked that God would fulfill his promises made to him as the Son. He was not presumptuous, a particularly heinous tendency besetting God's people, but diligent in "reminding" his Father of his promises to Jesus and his people. This persistence did not stop after he offered up his high priestly prayer, but continues in heaven until all is accomplished (so rightly argued Jacob Arminius!).
Christ was promised the Gentiles (Isa. 49:1-12), so he asked for them (Jn. 17:20). He was promised glory (Dan. 7:13-14), so he requested it (Jn. 17:1-5). We have no reason to doubt that he, during his life on earth, asked for everything that was legitimately promised to him.
Lack of faith hindered the disciples from being able to cast out an unclean spirit from a boy (Mk. 9:17-23). Christ the man of prayer and the man of faith was able to do what the faithless disciples could not do. Christ's own prayers and faith were responsible, along with the Spirit (see Matt. 12:28), for casting out the demon. In other words, Christ did not expect one thing of the disciples and something different for himself.
In another place, we are told about Christ's prayers and the reason he was heard: he was heard because of his reverence (Heb. 5:7).
Does this principle also relate to us or is James simply referring to all Christians because all Christians possess the imputed righteousness of Christ?
Consider the Apostle John's words: "...and whatever we ask we receive from him, because we keep his commandments and do what pleases him" (1 Jn. 3:22). This verse makes clear that receiving from God is connected to obeying God.
In other words, covet the prayers of righteous people (Lk. 1:6; Lk. 23:50). Covet the prayers of those who do the will of God, not those who claim to belong to God but neglect to do his will (Matt. 7:21)
God listens to the godly and he answers their prayers. But as for those who do not do his will, the Scriptures could not be clearer.
So I am in full agreement with Sinclair Ferguson, who writes:
"This is why true prayer can never be divorced from real holiness. The prayer of faith can be made only by the 'righteous' man whose life is being more and more aligned with the covenant grace and purposes of God. In the realm of prayer, too..., faith...without works...is dead" (In Christ Alone).
Thus,
1. There are some whose prayers are hindered for various reasons.
2. There are some who know God's will, pray with great faith, keep God's commandments, and so have effectual prayers. That's why the man, Christ Jesus, prayed with such efficacy.
If Satan trembles when he sees the weakest Christian on his knees, imagine when Christ was on his knees.
Pastor Mark Jones is so thankful for the prayer life of Christ. No hope without it.
Share on Facebook Tweet Widget 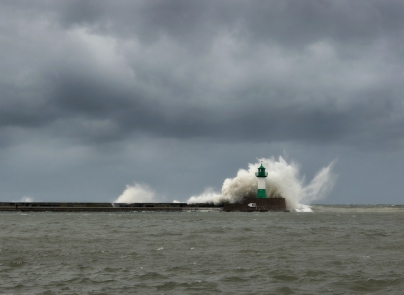 The Rise and Triumph of the Modern Self - Part 1 Podcast