On the first day of the week, very early in the morning, the women took the spices they had prepared and went to the tomb. They found the stone rolled away but when they entered, they did not find the body of the Lord Jesus (Lk. 24:1-3). It's a familiar tale that Christians like us insist is true on the most literal sense. But what's the big deal? Would the bottom fall out of Christianity if the tomb actually contained the body of Jesus? The answer that Scripture gives is "Yes!" Everything about Christianity would fall apart if the tomb had not been empty.

Now, let's be clear: we are talking about the resurrection of a dead body. That's more than the resuscitation of a corpse. True, Jesus' body did come to life again, but it then had abilities it did not possess before. For one thing, Jesus' humanity after the resurrection was able to appear, vanish, and move unseen from one location to another (Luke 24:31, 36). And what's more, we're not talking about Jesus having been raised "in my heart" or in spirit so that I now can "feel" his presence with me wherever I go. When Bible writers describe the resurrection in physical terms first century readers would not think: "Cute! Do you mean you had a vision, or you feel him risen in your heart?" No, he would say, "Well, that's all fine and dandy, I'm glad you had that experience. But why did you say he's been raised from the dead?" Modern critics who dismiss first century readers in that way really are very silly indeed. It is always a mistake to think that the first readers of the new Testament were not as intelligent as we are! It didn't take Einsteinian physics to conclude that dead people do not normally walk out of tombs three days after death!

But let's get back to the question: why is it essential that he be raised from the dead? The answer to that is multidimensional, but let's stick with this idea for now. Christianity promises me a new existence, one we generally,call "heaven" but better termed "the new heavens and new earth" (Isa. 66:17, 22; 2 Pet. 3:13). The resurrection of Jesus introduces me to that world that he intends for us. It is a sign that death is not the end. Even though we die physically, we shall be raised again physically. Christianity is more than a good feeling here and now or a set of moral principles for this world's existence. It is a promise of eternal life in a physical world.

This is Paul's sustained argument in 1 Corinthians 15: death has been swallowed by the victory of the resurrection of Jesus. Some believe that Paul is arguing in 2 Corinthians 5:1-5 that even before the Second Coming, those who die in Christ are given physical (though temporary) bodies in what is sometimes called the "intermediate state." The point being that without the resurrection of Jesus, there is no basis for assurance that sins have been paid for. The resurrection of Jesus therefore informs us in about as dramatic a way possible that the penalty of sin (death) has been paid and that as our substitute and sin-bearer Jesus has received the Father's "Well done, good and faithful servant!" His resurrection is a sign that the price he had paid on the cross for sin was enough. He had met the full demands of justice.

When Jesus walked out of the tomb by the power of the Holy Spirit and the authority of his Father in heaven, he was signaling to us what we can expect in union with him: we too shall rise, in a new body as corporeal as his (remember, he ate fish for breakfast on the edge of the Sea of Galilee with some of the disciples and it doesn't get more physical than that (Lk. 24:43)!

The resurrection of Jesus is the dawning of the new age, a glimpse of what it is not come in the here and now. A bit like a a trailer for a big forthcoming movie that ends in bold letters - COMING SOON! 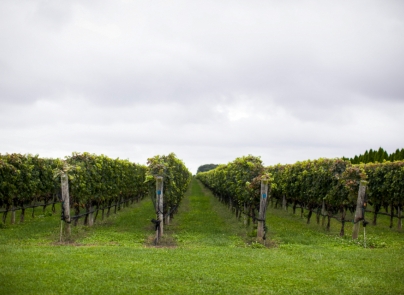 The Fruit of the Spirit