Bruce Baugus
August 26, 2014
NYU profs Michael Shenefelt and Heidi White open their history of logic, If A, then B: How the World Discovered Logic, with this: "The world is logical, according to some. Others call it absurd. We have never been sure who is right, but what we do know is that nobody grasps the absurd unless that person also senses the logical" (1).
The concept of logic, in other words, has priority over the concept of absurdity--a significant logical priority that raises profound questions about the nature, ground, and origin of logical validity. If Shenefelt and White are right about this--and they surely are--then it seems that the absurd is a parasite on the logical in much the same way that Augustine argued evil is a parasite on the good, since evil only exists as a corruption of some good thing or act (see his Confessions, 7 and City of God, 11-12). Like the biblical account of good and evil, logic and absurdity are not locked in a yin-yang dependency in which each gives rise to and is co-ultimate with the other. If that were the case, the fundamental structure of the universe would be dualistic and Augustine would have done better to remain Manichee and all those Brits who claim Jedi as their religion might be on to something. But they aren't and restoring balance to the force is not our hope.
I am not suggesting that evil and absurdity are the same thing or that committing a logical error is the same as sinning. Yet both logic and the moral order enjoy a priority in human affairs that transcends our cultural diversity and stubbornly resists even the most sophisticated attempts to render them relative phenomena. Logic is as objective, transcendent, and universal as the moral order.
That logic has priority over absurdity (and diversity) needs explaining. But Shenefelt and White argue that no available explanation satisfies. They briefly consider several possibilities including popular brain-based, utility-based, and evolutionary accounts and conclude that, "if we ask how we really know [logic's] patterns to be valid, this question turns out to be, apparently, unanswerable" (5). The problem is that logic is so basic to thinking that we can't begin to answer the question or even formulate it without using the thing we are trying to account for. "Logical patterns seem to fall into a special category, a strange and sometimes bewildering category--the category that we might call the collection of life's ultimate truths" (6).
The thrust of their discussion drives them toward God: "If we think of God as creator of the physical world, then couldn't we also suppose that God created logic?" they ask (9). This is exactly right and entirely wrong. Clearly the reality of logic in this world is at least a pointer to God and may actually require his existence as a necessary condition. But any theory of logic that supposes God arbitrarily created it out of nothing along with the physical universe will not do. If our language about God is at all meaningful then there must be some sense in which God is a rational being. Since being logical is part of what it means to be rational, we cannot suppose logic is like water or wheat. We must rather look to God's eternal attributes to account for why the world, created out of nothing, displays a rational structure with deep logical patterns and relations.
Though the biblical revelation of God as Logos is not to be reduced to a matter of logic, we rightly see in logic a reflection of the rational perfection of the divine Logos. "God is indeed the light of human souls," Bavinck reminds us. "In his light we see light. The Logos enlightens every person coming into the world" (RD 2.69). We must not "confuse the light of reason with the light of God, the universal truths in us with the ideas in the mind of God, our 'logos' with 'the Logos of God'," he warns. "All our knowledge of God is obtained indirectly and bears an analogical character" (2.69-70). And yet our knowledge of God also bears a rational character that reflects his rational perfection. That is why logic seems "timeless and placeless," as Shenefelt and White put it (14), and why we confess that whatever follows from what is clearly revealed--that is, whatever "by good and necessary consequence may be deduced from Scripture"--is also to be believed and obeyed. Logic works because the living Logos reigns.
Share on Facebook Tweet Widget 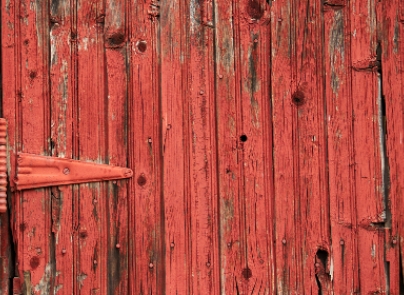 Alexander McLeod and His Speech Against Slavery