Paul Levy
September 29, 2010
Let's be honest nobody but nobody likes criticism.  The words from a church member 'I'd like to meet up with you to talk about something' strike fear into every pastors heart.  Immediately you think (well I do) I'm in for a telling off.  More often than not that is the case but here is the vitally important thing which we may not like to hear.  Healthy criticism is far more helpful than bland affirmation.  You might be full of angst about a critical parent or teacher, downtrodden by an older sibling. I don't know what kind of hangs up you have but to the average joe we much prefer tepid compliments that don't really mean much to rigorous but fair critique. The truth is we actually need criticism.

Criticism will come our way, as ministers we need to accept it comes with the job. We always have to remind ourselves they could have said far worse about us.  Of course it stings, criticism often hurts but very often it's about the little things in the life of the church. If our people really knew us they could say far worse. If people in IPC talked to my wife she could tell you what I'm really like which is far more frightening than they think they know.  So to be a minister or be in church work you have to have a thick skin and not be pricked by every piece of criticism you recieve.  I was once wisely told by a minister that most noise comes from the shallow end of the pool, so lots of the criticism we get we can dismiss with a smile and a roll of the eyes.

Having said that I want to argue that criticism can be very healthy and is neccesary. Think for example of preaching class.  The best preaching classes are where the guys giving the feedback have the the guts to be brutally honest and tell you when you've bombed.  Dick Lucas has influenced generation after generation of preachers in the UK by being ruthlessly honest, he's not been ungodly, he's just told it straight.  Feedback on sermons which actually quizzes you on have you really got it right and critically engages you in the text is far more helpful than just affirming someone in their mediocrity.

On a wider level it's why our evangelical and reformed constituency has to allow itself to be critiqued and gently mocked. We're all sensitive souls and desperate to guard our reputations and dare I say it our empires but if we are not willing to critique one another then the world outside will.  We must avoid taking ourselves so seriously that we don't really allow critical engagement or gentle mockery!

As I look back on the last 7 years of being a minister, it's the criticism which I've found incredibly difficult to take but actually has been the means of helping me grow and rethink my ministry.  I'm grateful for the men who've been man enough to look me in the eye and stand up to me and for the times I've been gently mocked by friends for my pomposity.

Surely as reformed evangelicals we've got to be willing for the same, we should be able to critique each other, faithful are the wounds of a friend.  There must be a willingness to take it on the chin and disagree if need be.  It's not nasty to criticise it's what we need and what I need.  We must be able to laugh at ourselves because we are laughable!

There is an argument to be made that some of the 20th century greats of evangelicalism made some of their worst decisions when they didn't have somebody of similar standing who could stand up to them and say you're wrong and you're out of order. 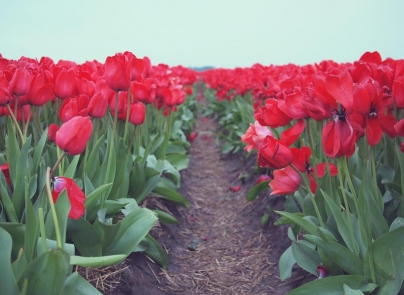