Christological confusion has sunk a root into the rich soil of China's emerging Reformed community. At present, some pastors and others on the mainland believe Christ's human nature is uncreated and eternal. What is more, some believe this view represents orthodox Reformed Christology.
Although it is unclear just how pervasive this view has become, the controversy is known throughout China's reforming churches due to the prominence of a current proponent. Soliciting varying responses across East Asia, the vast majority of China's Reformed believers, including many of those most concerned about this man's Christology, highly regard him and his ministry. For this reason, most appear to be willing to overlook or even accommodate this odd opinion.
Largely unknown in the West, the scope, depth, and apparent persistence of this confusion in China's vibrant but tender Reforming churches deserves some attention from the global Reformed community--which is not isolated from these developments. The humanity of Jesus Christ is created and finite, just as ours; the view that his human nature is, in any actual sense, uncreated and eternal is problematic and potentially dangerous to the faith.

This post is the first in a twelve-part series on the current Christological confusion in East Asia. In the next post I briefly describe the cause and context of this confusion within China's emerging Reformed community. Posts 3 and 4 briefly present the traditional, orthodox understanding of the biblical teaching on the origin of Christ's human nature as codified in the ecumenical creeds (post 3) and Reformed standards (post 4). In posts 5-11 I inspect seven statements (one per post) about the human nature of Christ contributing to the current confusion, before concluding the series in post 12.
Share on Facebook Tweet Widget 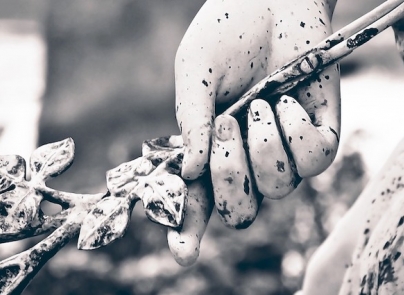 Francis James Grimké – Through a Pandemic and Social Unrest