Broken Pieces and the God Who Mends Them

Lois Lowry tells a story about how a utopian state required that all of the community's memories going back through the generations be committed to a single person, a receiver. The elders engineered a society where no one but the receiver had to feel or remember. Life was safe and comfortable. The citizens were spared the pain of knowing, of emoting. And they could always call on the receiver when faced with a decision that exceeded their self-imposed limited experience.

Lowry's The Giver makes sense to me. She understands the Preacher. "For in much wisdom is much grief, and he who increases in knowledge increases sorrow" (Eccl. 1:18). I agree. There are some stories I don't want to know. Some pictures relentlessly haunt.

This is why I didn't want to read Simonetta Carr's Broken Pieces and the God who Mends Them: Schizophrenia Through a Mother's Eyes (P&R, 2019). I knew just enough of the story to know that it would rattle me vigorously. It did. As I read the book I felt like I was being asked to carry a tiny fraction of the burden Simonetta and her family bore--and it was still onerous.

But I also see the beauty of being part of a community where personal possession of painful knowledge is essential to burden-bearing. Lowry's characters--to the extent that they could still reason without deep recall and feeling--believed that avoiding the pain of shared memory and emotion was an advantage. But the receiver knew that something basic to their humanity had been stolen from them. We need to feel even when we don't want to. It is part of what makes us human, part of what made Jesus quintessentially human. When we give and receive sad--and happy--memories we affirm each other's humanity. Being drawn into Simonetta's living nightmare felt like being told, "I trust you with this memory. I want you to have part of my experience so that you will be more than you are." Giving and receiving hard memories is beautifully symbiotic.

Broken Pieces is one of the most courageous books I have ever read. Simonetta told me, "It hurt me to write it because I was reliving every moment." I couldn't have written it. I would have been too scared. But I am so glad Simonetta did. And perhaps now I am a little more ready to follow her lead in sharing some of my grief with other receivers.

One of my wife's grandmothers had schizophrenia. During the last years of her life she broke off communication with us because we told her how much we loved her house; she thought we were trying to take it. We saw her only one time in the months before her death. She told us not to come. But we showed up at her front door, unannounced, with our charming two-year-old extended toward the door; a peace-offering no grandma could resist. She buckled, and let us in one last time. Schizophrenia made grandma unpredictable. The family genuinely feared that she would leave her entire estate to her dog. More seriously, her children grew up in a home with their mother institutionalized for long stretches. I wish Eva's husband, children, and grandchildren had been able to read Broken Pieces.

I'm glad I have now. It was a painful crash-course in sympathetic, and persistent love; lessons I know I need to learn for trials that I cannot foresee. More than that, it is a portrait of living faith in a Savior whose grace is tailor-made for this broken world.

Broken Pieces is also surprisingly hopeful. Simonetta didn't gauge the eternal destiny of her schizophrenic son by placing everything she knew about him on two sides of a scale; one side positive, and the other negative. The tangibly negative experiences would have been too heavy. Instead, she saw her son as entirely in Christ; in life and in death, in body and soul, in clarity and confusion. And Jesus was more than enough to rescue a man who was so deeply broken. Our family saw that too. Grandma's schizophrenia scared us and her. But God also helped us to hope. After I read her Isaiah 53--being Jewish, this is a text from the "Bible" she was raised with--she responded: "That's talking about Jesus. I believe in him!" We didn't expect that response. But why not? We possess a shared history of God's redemption of desperately lost people. We have received God's record of mending, the backstory we all need as we share each other's burdens.

Thank you, Simonetta, for the memories, for the emotions, and for the reminder that "the Lord's hand is not shortened, that it cannot save; nor His ear heavy, that it cannot hear" (Is. 59:1). 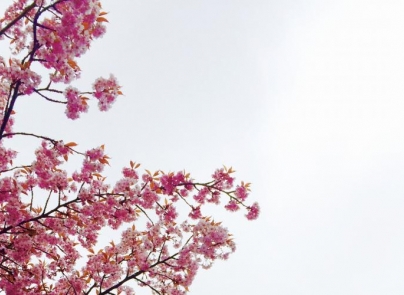