Miklòs Bethlen and the Independence of Transylvania

Miklòs Bethlen and the Independence of Transylvania

Sitting in prison, “as one to whom the gate of eternity stands open,”[1] Miklòs Bethlen began to write the story of his life. It was a fascinating story of one of the most influential men in the history of Transylvania. Today, the book is still considered a classic of the Hungarian literature and a valuable source of historical information.

Written with charming candor, it includes interesting (albeit lengthy) discussions on philosophical and practical issues, such as the interaction of body and soul, man’s motivation in life, and the division among Protestants. Most of all, it sheds light on his struggle for the independence of his small, Protestant nation against the Roman Catholic Habsburg monarchy.

A Leader in Training

At the time of Miklòs’s birth in 1642, his father Janos was an esteemed leader in his country. Janos had been brought up in the Reformed Church at the court of Ferenc Mackasi, who had taken him in after the death of his parents. In his political capacities (which later included the title of Chancellor of Transylvania), he promoted the building of Reformed churches and colleges.

Miklòs received an excellent education, first under a local pastor, then under well-regarded professors. These included Pal Kereszturi, a follower of Comenius, a Hussite polymath who revolutionized the philosophy of education. On one occasion, Kereszturi rescued Miklòs from one of the harsh teaching methods of his time (the withdrawal of any form of drink until the pupil could say a new Latin word).

In the meantime, Miklòs was introduced the political world by attending with his father some sessions of Parliament and the High Court.

In his Autobiography, Miklòs recalls drinking as one growing vice in his youth. Because of their status, Miklòs’s family often received large gifts of excellent wine, which he drank freely by the time he was 18. He credited his mother and one of his tutors for teaching him restraint.

His mother died in 1661, the same year when Miklòs began his academic peregrinations throughout Europe, pursuing studies at the universities of Heidelberg, Utrecht and Leiden. He also visited Britain, France and Italy.

He returned home in 1664, when the country had resumed hostilities against the Ottoman forces. This dire situation prompted him to join the court of the military leader Nikola VII Zrínyi on November 13, five days before Zrínyi’s death while hunting – an accident which Miklòs witnessed first-hand and remained imprinted in his memory.

He later performed military assignments for Mihály Apafi, Prince of Transylvania. Bethlen describes some of the intrigues at court and the difficult personalities of the prince, his chancellor Mihaly Teleki, and his wife Anna Bornemisza.

In 1668, after a rush proposal (since she had another contender), he married Ilona Kùn, daughter of István Kún of Osdola, Lord Lieutenant of Küküllő county. The marriage was happy, until she died of a prolonged illness. At her request, he remarried, this time with Júlia Rhédei.

Of all the children born to both marriages, only three - Júlia, Klára, and Jószef - survived him. As it was common at that time, many died in childhood. One of the most tragic deaths was that of her daughter Mariska, who died from a poisonous ointment prescribed by their physician to cure her of worms.

In and Out of Prison

Bethlen ascribes his imprisonment in Fogaras Castle in 1676-1677 to the prince’s improper trust in gossip. At that time, the jealousy of some bitter relatives almost cost him his life.

Released from prison, he became Privy Chancellor in 1689. By then, the Habsburgs had defeated the Ottomans, and Apafi had reluctantly concluded a treaty with the Holy Roman Emperor, Leopold I. This act of submission to the emperor cast Apafi into a deep depression, which he survived by retreating into his private estates, among his books and his impressive collection of clocks.

Bethlen assumed a critical role during this crucial time. His main accomplishments included the drafting of the Diploma Leopoldinum and the direction of the negotiations that preceded its sanction in 1690. This document affirmed and defined Transylvania’s autonomy in internal affairs (such as economy, culture, and local administration) and allowed for freedom of religion (limited to Lutheran, Reformed, Roman Catholic, and Unitarian). In his personal life, he continued to support and protect the country’s Reformed churches.

In spite of this political victory, the Austrian control over Transylvania, which included a heavy taxation, remained a big burden for a country that had been independent for a long time and that was now undergoing a period of financial struggles. In 1704, Bethlen wrote an anonymous booklet, entitled Columba Noe (Noah’s Dove), to inform the ambassadors of the Netherlands and England of their difficult situation.

The book fell instead into the hands of the Austrian General of Transylvania, Rabutin, who was already annoyed by Bethlen’s habit of standing up for what he thought was right. After identifying Bethlen as the author, Rabutin had him arrested and imprisoned for treason (an offense that demanded the death penalty). Pending the emperor’s ratification, Bethlen was kept four years in the prison of Nagyszeben, in Transylvania, and four in a prison in Vienna.

Although he was pardoned by Emperor Károly III of Hungary in 1712, Bethlen was never allowed to return to Transylvania, and had to spend his last years in Vienna, until his death in 1716.

Besides his Autobiography and Columba Noe, Bethlen composed a Prayer Book which reveals his profound faith and extensive knowledge of Scriptures.

Probably unintended for publication, Bethlen’s Autobiography often moves from subject to subject without apparent rhyme or reason. Some of its most amusing portions are personal descriptions, such as Bethlen’s detailed account of his bodily features, from the “soft and fine” hair on his head down to his toenails. He described himself as “more handsome than many,” even in his old age, with “dark and bright” eyes, a large moustache, and a long but well-trimmed beard. After a mention of his strength and horse-riding abilities, he apparently checks himself and concludes: “I could write of tests, but I do not wish to boast of vanities and waste paper. Perhaps even this is too much.”[2]

His thoughts on the nature and interaction of body and soul are particularly interesting in light of the recent writings by philosopher René Descartes and the discussions they generated. Bethlen takes a firm biblical position on the close bonds between body and soul, their unnatural separation at death, and their reunion in their glorified state.

He also challenged any philosophy that placed the soul above the body. Both soul and body, he said, were creations of God and, without Christ, deserving of Hell. While stating his admiration for Descartes, he went beyond the philosopher’s simple definition of the mind as thinking agent, by bringing up examples of automatic reactions that seem to bypass thought processes and consciousness.

A Plea for Unity and Peace

When discussing the evils of his time, he included the divisions among Protestants. He was a child of the disastrous Thirty-Years War, which had degenerated from the initial conflict between Roman Catholic Emperor and the Protestant people of Bohemia into a more general expression of violent hatred for other religious opinions.

Born just a few years before its conclusion, Bethlen witnessed the lasting effects of this war and was left with a distaste for belligerent divisions among those who had the same basic beliefs. Two examples, in his view, were the aggressive arguments about predestination and the Lord’s Supper.

“It is a sorry thing that Protestants, although agreeing together in all truth, quarrel on this point with deadly hatred, which none will ever give up,” he said. “If they really cannot agree, let them debate the matter as the schools do problematica quaestios, but with love, not like dogs over a bone.”[3]

He knew quite well that restraining anger was not an easy feat. He devoted a long paragraph to explain how easily he could become incensed, so much that “if there was a stick in my hand soon set about beating.” But he worked hard to correct it, “both by my prayers in the sight of God and with other help and observations,” “knowing (James 1:20) that the wrath of Man worketh not the righteousness of God.”

In prison, he had much time to reflect on these things and pray God for forgiveness for his sins and those of his people. In fact, he believed this was one reason why God kept him there. From his youth, he had learned to interpret every event as part of God’s gracious works of providence, and passed on this conviction to his children.

“My beloved daughter,” he once wrote to his young Julia, “I have heard that you lament a lot because of me. Do not cry for me, but instead thank God for allowing your father to suffer for His glory and the benefit of our fatherland. For my affliction is the infallible mark of His blessing cast on you.”[4]

As a fallible man faced with a tremendous responsibility and enormous challenges, he found in this conviction both strength and purpose. 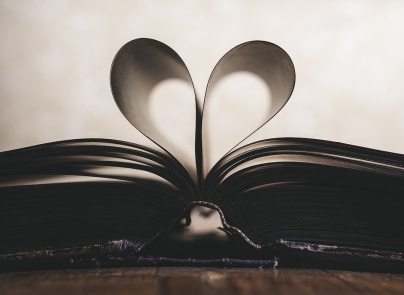 The Deadly Sins of Proverbs 6:16-19: The Twisted Heart