Llangeitho is a small village in the center of Wales. Today, its population counts just a little more than 800 people. It was even smaller in the 18th century. And yet, thousands of people arrived on Sundays from all over Wales, traveling on foot, by carriage, or on horseback in order to hear a self-effacing man preach. Some journeyed all night, then attended a service which lasted several hours. It was a witness of the scarcity of true gospel preaching in the country.

The preacher, Daniel Rowland (also known as Rowlands), was born in 1711 at Pantybeudy, about three miles from Llangeitho. Wishing both of their sons, Daniel and his older brother John, to become ministers in the Church of England, his parents gave them a good education. After some time as a deacon, Rowland became a curate under the rectorate of his brother.

Around the same time, he married a young woman from the same area, Elinor Davies, who came from a Puritan family and supported her husband in both happy and difficult times. Together, the couple had seven children.

The calling to the ministry came when Rowland was still, in his words, unconverted. He had followed the career path that had been laid out for him, without much concern over his personal convictions or his spiritual standing.

His life was transformed while listening to a sermon by Griffith Jones, minister at Llanddowror, who is remembered for his system of circulating schools. Jones noticed Rowland in the crowd and paused his preaching in order to pray for God to work in the life of this young man and use him in the salvation of many.

Rowland began to preach more powerfully than ever. As many young ministers, he believed that the way to people’s hearts was through conviction of sin, and stressed that conviction so strongly that he became known as the “angry cleric.”

He eventually softened his message through the influence of a neighboring minister, Phylip Pugh, even if Pugh refused to intervene directly. When his parishioners told him that Rowland’s preaching was unbalanced, giving too much emphasis to God’s law rather than the gospel, Pugh replied, “Let him alone. He is an instrument which God is raising up for doing some great work in the world. He will improve in a short time. God will bring him right by degrees.”[1]

He was right. Soon, Rowland found the right balance and preached the gospel so clearly that people would come from other parts of Wales to hear him.

In 1737, Rowland met another young minister, Howel Harris, who was equally inflamed for the gospel. This date is usually used to mark the start of the Welsh Revival. Rowland had great preaching abilities and a sound understanding of the gospel. Harris was an able organizer and had a fiery temperament. He traveled more than Rowlands (an average of 6000 miles per year) and created a network with English evangelists such as George Whitefield and John Wesley and with the Moravians.

His extensive travels and frequent preaching (up to five times a day) damaged Harris’s health and contributed to his aging looks and a permanently hoarse voice.

The two worked together until 1750, when their partnership ended due to some strong differences in personality, a scandal Harris had raised by endorsing Madam Sidney Griffith’s estrangement from her husband and erecting her as his “prophetess,” and some heretical views Harris expressed about the Person of Christ. Discouraged, Harris moved back to his home at Trefeca, Wales, where he started a religious community similar to those created by the Moravians.

Rowland continued his ministry in his parish at Llangeitho, with the support of the renowned poet William Williams. When a new revival broke out in 1763, however, Rowland reconciled with Harris and asked for his help. The two continued to work together until Harris’s death ten years later.

But Rowland’s preaching didn’t fare well with the bishops of the Church of England, who tried to curb his activities. In 1760, when his brother John died in a drowning accident, they bypassed Daniel for the position, and gave it to his son John instead.

When Daniel refused to accept the Church of England’s restrictions on his itinerant preaching, the bishops responded by withdrawing his license to preach altogether. He received the notice of dismissal in 1763, during a church service, and read it to his congregation. Later, he moved to preach outdoors, while his parishioners began plans to build a chapel about a quarter of a mile away. This is where his ministry blossomed more than ever.

Thomas Charles, who later held a similar ministry in Bala, explained the effects of Rowland’s preaching on his life. “I had some idea of Gospel truths before floating in my head,” Charles said, “but they never powerfully and with divine energy penetrated my heart till now. The effect of this sermon remained upon my mind above half a year, during which time I was generally in a comfortable and heavenly frame. Often in walking in the fields, I looked up to heaven with joy and called that my home, at the same time ardently longing for the appearance of the glorious Saviour to take me forever to Himself.”[2]

At times, the effects on Rowland’s preaching on the congregation seemed to get out of hand. People were crying loudly over their sins and shouting and even jumping for joy at the promises of the gospel. Rowland never mentions these expressions in his writings and might have had some doubts about them, but when the English philanthropist John Thornton expressed his disapproval, his reply was sharp: “You English blame us the Welsh and speak against us and say ‘Jumpers, jumpers.’ But we the Welsh have something to allege against you; and we most justly say of you, ‘Sleepers, sleepers.’”[3]

Rowland continued to preach until his death on 16 October 1790. Unlike Harris, he didn’t leave much documentation behind. His son Nathanael sent most of his father’s papers to Selina, countess of Huntingdon, who was planning to commission a biography. But she died soon after, and the documents were never found.

What is left includes a few hymns and sermons, some translations in Welsh of works by English authors, and a treatise explaining his theological differences with Howel Harris, without mentioning his friend by name. But his greatest legacy resides in the testimony he gave of the power of the gospel and the example he left for others to follow. 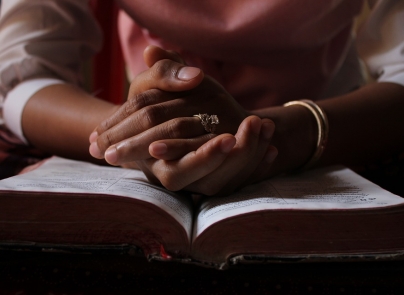 Maria Fearing and the Mission to the Congo

The Exclusivity of the Gospel Podcast

A Brief Evangelical History and the Five Solas